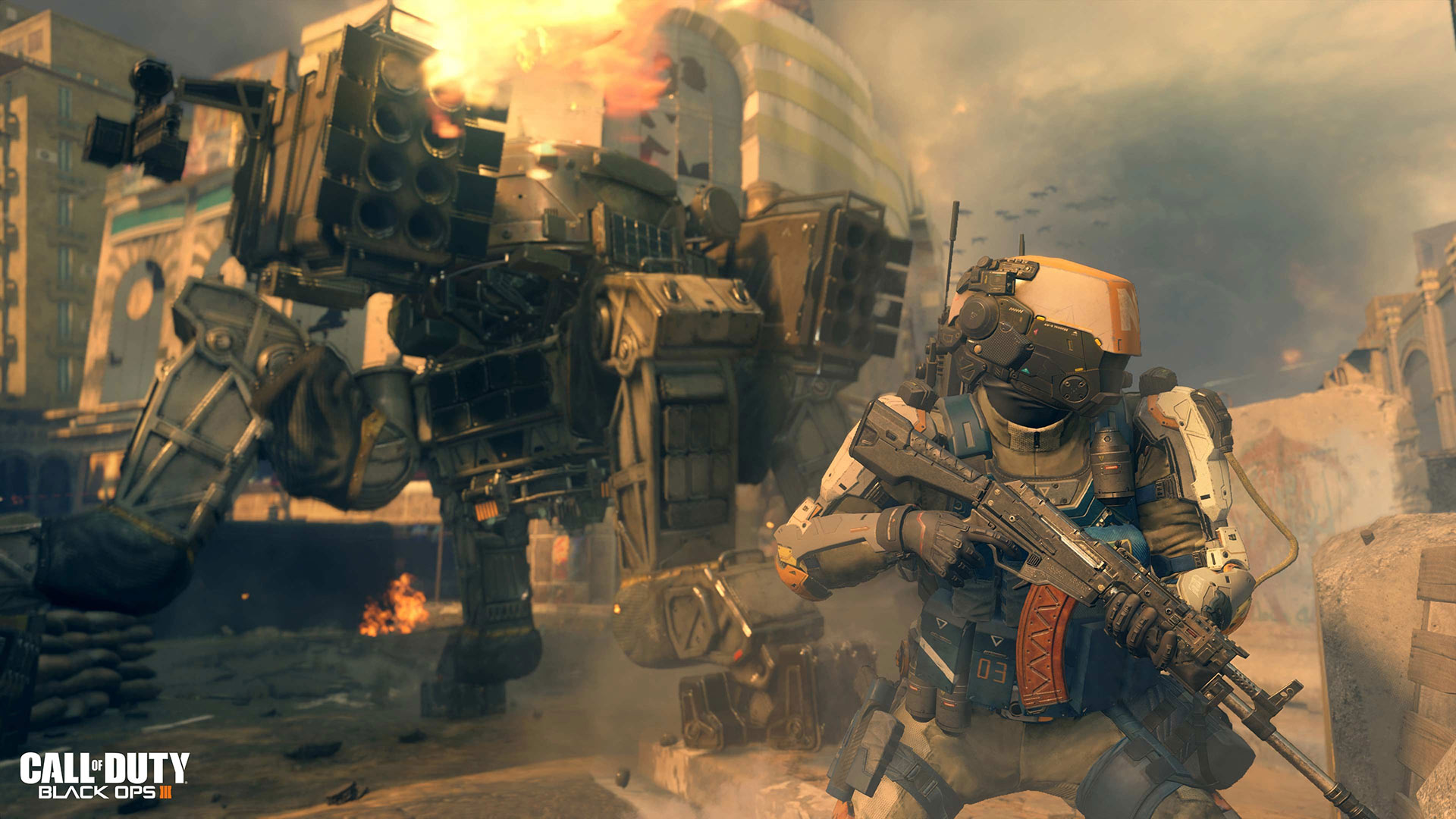 I’m not sure if it’s the fact that the Call of Duty franchise has fallen off over the years, or if Microsoft is just focusing on Halo this year, or what, but Call of Duty DLC is no longer available first on the Xbox, it’s now available first on the Playstation. I honestly don’t really care either way these days, I didn’t even buy all the DLC for Advanced Warfare, but it just seems like an interesting move to me, and would definitely explain why Black Ops 3 wasn’t shown off during Microsofts keynote presentation on Monday morning, and was instead shown off during Sony’s presentation on Monday night.

I would still argue to say that Black Ops 2 was the best installment in the series over the years even though I’m a bit partial to Call of Duty 2 because that was my first experience with Call of Duty’s multiplayer. But I’m not sure if I’m feeling what Treyarch has put together this time for Black Ops 3. A lot of people have made comparisons to Titanfall in that you can run along the walls and things like that, but that’s not even the part that worries me, I actually really like Titanfall and still play it to this day, it’s these weird “powers” that the players seem to have now that are kind of weirding me out.

During the Sony presentation Monday night, they revealed some of the single player gameplay as well as a new multiplayer trailer. As you can see in the single player gameplay video above, there is 4-player coop, which is awesome, wall-running, lots of boosted jumping, and weird special powers coming out of the players hands like magic… I know everyone was super excited when Treyarch announced there would be no exo suits in Black Ops 3, but based on this gameplay video above, it’s basically an exo suit, just in a different way. The player still has boosted jump, albeit no hover or anything, and the player still has these futuristic abilities that they expel from their hands. I’m all for innovation in the series, but I feel like they are getting too far away from the core gameplay that made people love the series in the first place. I get that people would also be mad if you just released a glorified expansion pack every year (cough, modern warfare 3, cough), but I still feel that doing that might be more fun than what they are doing with the game these days. All of the things they are adding are taking away from what I loved about the game in the first place, and that’s honestly not something I ever thought I would say. But going along with that, I have already pre-ordered the game and will definitely give it a chance before I come down on it too hard. Who knows it may be a lot of fun to actually play once we get our hands on it.

As for the multiplayer trailer just above, it does seem a hell of a lot faster than the previous games, but I believe that was there intention, they never want to the action to stop. As long as this helps out with the quickscoper I’ll be happy, but somehow I think people will still be running around with sniper rifles. I do like the decision to use Yelawolf in the trailer instead of Eminem this year though. Keeping it in the Shady Records family, but giving Yelawolf his time to shine (check out that Love Story album if you haven’t). It also doesn’t look like the “abilities” are as prevalent in the multiplayer, but there were still a few things in the trailer that looked “magical” in a sense. I will update this post a little later today when the official multiplayer reveal information comes out, but for now I can only base my thoughts on the trailer.

I want to give Treyarch the benefit of the doubt because Black Ops 2 was probably the best Call of Duty game in the series, but with the ‘meh’ feel of Advanced Warfare from Sledgehammer studios and the disappointing first look of Black Ops 3 from Treyarch… dare I say I might be looking forward to the next installment from Infinity Ward next year? Ghosts wasn’t perfection, but it wasn’t super futuristic and trying to be something it’s not, and we really enjoyed it. But again, I will reserve total judgement until I’ve played Black Ops 3 for a good amount of time and then I’ll give my full review on here.