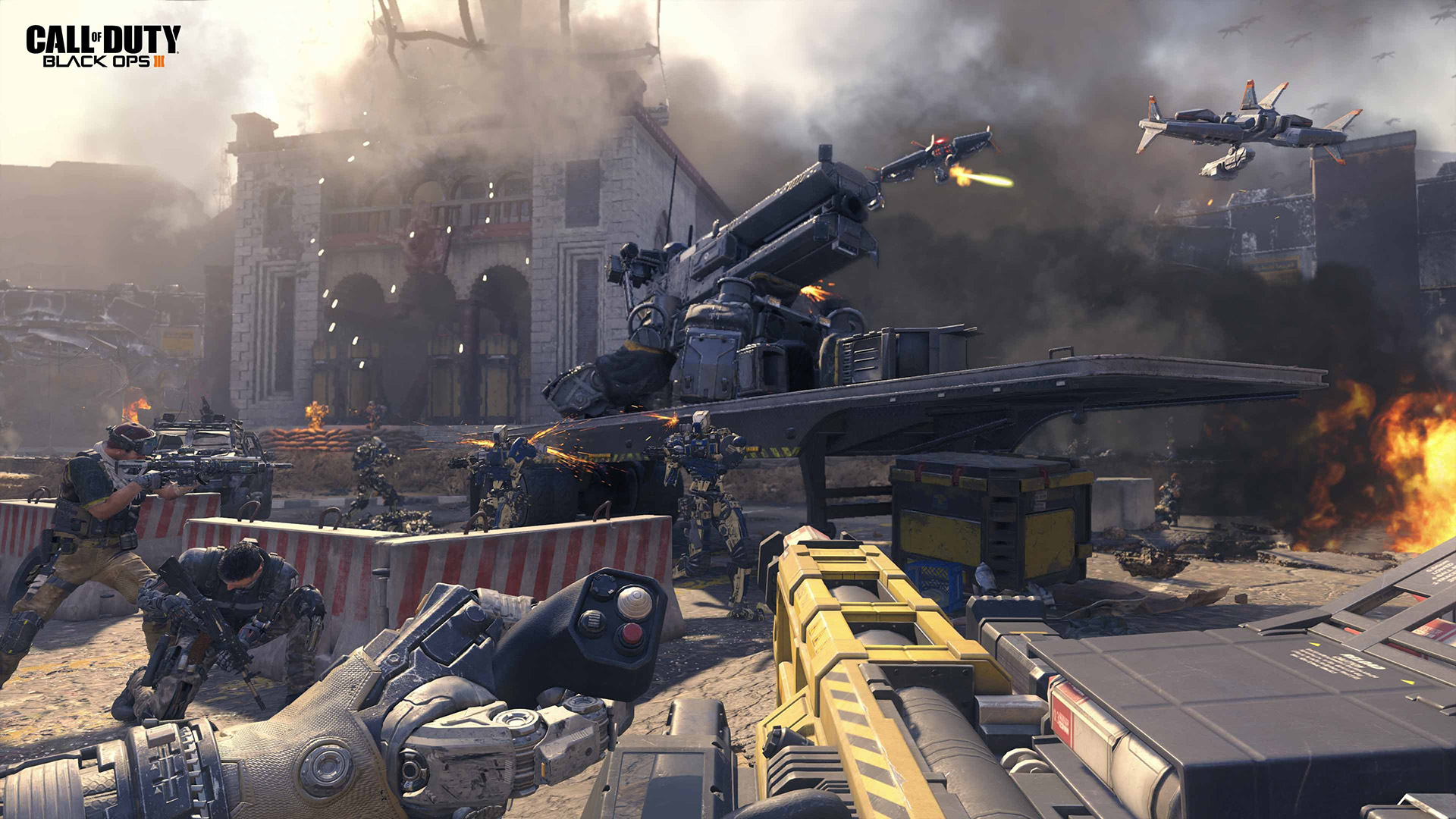 This week marked the release of the Call of Duty: Black Ops 3 reveal trailer from Treyarch studios and of course the internet erupted with people already hating on the game, but I’m actually pretty excited.

For those unfamiliar with the development cycle of the Call of Duty games, they are now on a 3-year development cycle. This means that every three years a different studio develops that iteration of the game. It used to only be two studios (Infinity Ward and Treyarch), but with the release of Advanced Warfare brought the development team from Sledgehammer into the mix (although they did help Infinity Ward out on Ghosts). So basically Call of Duty 2, Call of Duty 4, Modern Warfare 1/2/3 and Ghosts were all Infinity Ward, and Call of Duty 3 (which we will never speak about), World at War, Black Ops 1/2 and now 3 were Treyarch. So Treyarch has been in development on Black Ops 3 for almost three years now, just to give you sort of a timeline of events here. So basically, they started pre-development on Black Ops 3 shortly after Black Ops 2 was released, but probably didn’t dive head first into development until after the DLC lifecycle of Black Ops 2 (so probably around when Ghosts was released).

After watching the Black Ops 3 reveal trailer yesterday I decided to jump on twitter and follow the #blackops3 hashtag to see what people were saying about it. Of course there were some people that were super excited about it and can’t wait to play it, but it seemed like the majority of people were just complaining that they were sick of the futuristic aspect of these new Call of Duty games. And guess what, I’m sure these are the same people that were bitching when the games just kept going back to World War II or Vietnam. There are always going to be haters…

A lot of people were super happy that there were no exo suits in the game, but I’m not sure that they realized that there are still going to be “thrust jumps”. I don’t know if people’s problems with the exo suits were the double-jumps or the fact that you could cloak and things like that. I’ll admit the cloaking was a bit much for me, but the other exo suit abilities were totally fine.

There appears to also be wall-running in this version of the game, which people compared to a blatant rip off of Titanfall, but I don’t see that as a bad thing. Guess which game I still play to this day and guess which game I don’t… I’ll give you a hint, one is Titanfall and the other is Advanced Warfare. So I for one welcome any similarities to Titanfall that the game has. Now obviously I want this to still be a Call of Duty game at it’s core, but just because they added an element that works extremely well in another game, doesn’t mean that this won’t still feel like Call of Duty. I mean, in Advanced Warfare there are double jumps, and the game doesn’t feel like Destiny…

Which brings me to my next topic, within the character leveling it sounds like there will be some sort of “special abilities” that you can level up and use strategically. A few articles/interviews came out saying that the developers are huge fans of the way Destiny’s character structure is built and how the abilities work, so now people are all hating the fact that the developers may have built some of these things into Black Ops 3. I’m pretty sure the extent of these “special abilities” isn’t going to be what everyone thinks they are going to be. This isn’t the first time Treyarch has been involved in this franchise, they know what their core gamers like, and they know that the Black Ops series is highly regarded in the overall franchise, so they aren’t just going to completely jump the shark.. give them a little credit.

So bottom line, I’m super excited to play Black Ops 3. I’ve already got my pre-order in for the Xbox One (so I can get access to the beta) and I’m going to reserve judgement on anything that hits the internet until I can actually play it. The only thing that irked me a little bit, and it doesn’t even affect me at all, is that the game appears to only be for nextgen consoles (Xbox One, PS4, and PC), so those of you that haven’t upgraded yet may be out of luck. But there’s still a lot of time until the game comes out, so I guess there’s still a chance they could be secretly still supporting Xbox 360 and PS3, but we’ll see.

So what are your thoughts on the Black Ops 3 reveal trailer? Are you excited or does all this futuristic crap turn you off?

Watch_Dogs Review – Xbox One
Over 2,500 MS-DOS Games Playable In Your Browser
Comment