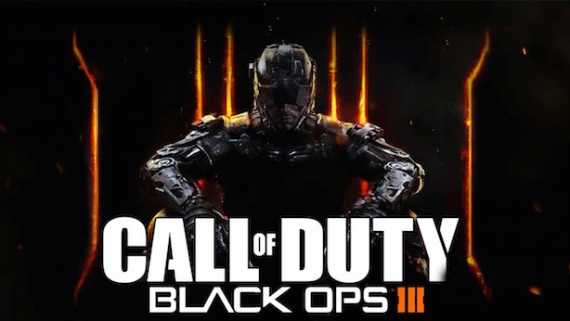 Campers, quick scopers, n00b tubers, these are all parts of first person shooters and specifically the Call of Duty series. They are frustrating, but have to be accepted. One thing that shouldn’t be is people who quit early. This is the 8th Call of Duty game I have played significant amounts of online multiplayer, and there is still isn’t any punishment for quitting games early. I was playing some Ground War yesterday, and it was a Domination game. At one point my team had just five players, compared to a full 9 on the other team. Since Domination is an objective-based game where you get points for holding waypoints on the map, having half the size team as the other team makes it literally impossible to win. This happened because people quit mid game. They can do this because the only “punishment” is that you are awarded a loss, and you don’t get match bonus XP.

Getting a loss for most people means almost nothing. The percentage of people who play this game to get wins is small, surely less than 50%. People want to have good kill-to-death ratios above all else for the most part. I like mine to be positive, but if my team wins consistently I am happy. Most people don’t feel this way, so punishing them with a loss does nothing. Add in the fact that when most people quit they are on the losing side anyway, that it doesn’t really matter. The match bonus XP is a ratio of XP based mostly on what level you are on and whether your team wins or loses. It’s basically a way to help a person level up at a more consistent pace. I think the idea is that someone won’t be at a significant disadvantage if they play the game a lot but are still not good at it. This bonus is doubled if your team wins, so again the punishment isn’t as severe for people who quit when they would have lost anyway.

Quitting doesn’t just affect the people currently in the game either. Often times when people are looking for a game they are thrust into an in progress game where there are open slots. This is frequently on the losing side of a game, which is not surprising given the basis for this discussion. It seems that in latter years the game makers have gotten better at not putting people into games that have just a minute or two left, but it’s frustrating to have control about whether you are in a new game or not.

So what can the game makers do about this?

I have long lamented there should be some sort of punishment for quitting an in progress game. Forfeiting a win and match bonus XP is not enough. One suggestion I made was to drop a player back down to the start of whatever level they are on. But this punishment directly corresponds to how far they are towards their next level. It might not be stiff enough in most cases. Dropping them down a level gets tricky with unlocks, and taking away all XP earned in a game could be problematic with people who do not intentionally quit.

What about a ban timer? People generally quit because they want to get in a “better” game. Sometimes they quit because they have to, or their internet drops out or whatever. So what if the first time you quit a game you are prevented from joining another game until the game you quit finishes? This removes the immediate incentive of quitting, and for people who have to go for whatever reason, or get disconnected won’t get punished significantly. This would be a “strike”, Let’s say each strike lasts for 24 hours.

A second strike in a 24 hour period could result in a slightly longer ban, 15 clock time minutes from the time of quitting perhaps. This would cover the remainder of the game they quit, and very often the length of an entire 2nd game. A third strike (and any subsequent strikes above three) would result in an even longer ban, 30 minutes or an hour.

This seems like fair punishment for people who quit a game in progress, screwing over their teammates and potentially other people trying to join a game. It takes away the benefit of intentionally quitting for the most part, and punishes repeat offenders. It’s far from a perfect solution, but would at least help those people who are frequently screwed over by these quitters.