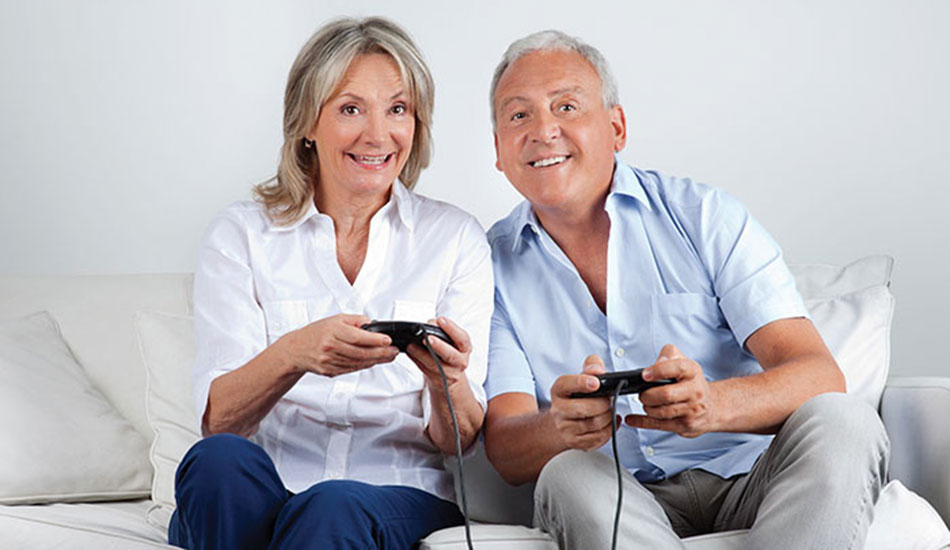 Full disclosure, this is going to be a very heavily opinionated piece based on my personal experience. And based on the fact that this site is written by adult gamers, obviously myself included, then you probably already know where I stand on this question. Honestly, I didn’t even know this was a thing that people questioned since I know a lot of adults that are functioning members of society, yet still enjoy, and find time, to play video games. It wasn’t until I saw a Twitter post from a woman who puts on seminars for parents of kids who are addicted to video games, that I realized that not everyone sees it the same way I do.

Her tweet, while I can’t remember the exact phrasing, said something along the lines of “Are you for or against adult gamers? I want to know where you stand! Myself? Against”. I remember seeing that and almost being slightly offended by it, and because it sparked that emotion in me, I replied to her in sort of a defensive manner. I had no intention of getting angry at this woman for her opinion, I just wanted to see why she felt the way she did. And thankfully she only tweeted that out to spark up a conversation, which we proceeded to have.

The response I sent to her was “why would you be AGAINST adults who play video games? Being an adult gamer myself, I find it a little ridiculous…” Like I said, probably not the best response I could have sent, but it started the conversation. She came back and asked me some basic questions like my age and how long I play for – 35 and between 5-10 hours a week, depending on when I can sneak in some games. She came back and said that she thought that was reasonable, and that the main problem she has is 20 somethings who play for 6 hours a day. And I guess I can agree with that…

Most of my 20’s were spent trying to figure out what I wanted to do as a career, who I wanted to be as a person, and what, in general I wanted my life to be. That did include a decent amount of gaming, but gaming was different when I turned 20, which was 15 year ago. Online console gaming wasn’t even a mainstream thing yet, PC gaming online required a bit of technical know-how to get to work right, and high speed internet in the home was still in its infancy. I would say my gaming was limited to a few random nights at home while I wasn’t working on school projects, and then before or after we would go to the bars to hang out. None of my friends were really gamers, and we actually enjoyed hanging out with each other, rather than sitting at home playing online, or sitting around in person looking at our cell phones (smart phones weren’t around yet). Things were definitely different, but to generalize adult gaming with the habits of a bunch of 20-somethings seems off.

Now that those things do exist, smart phones, online console gaming, easily accessible pc online gaming, etc., it hasn’t lead me, as an adult, to play more video games than I did before, but it has allowed me to continue play them in a way that fits my lifestyle. I have a wife and a kid now, so I’m not going out and hanging out with my friends at their houses before going to the bar like we used to. We’re not dragging our Xbox 360’s over to someones house to play LAN Halo matches while drinking and hanging out. Instead, I’m sitting at home on my couch trying to be as quiet as possible while my wife sleeps next to me and my daughter sleeps in the room down the hall, and the ease of online gaming allows me to do that, while still playing with my friends.

Don’t get me wrong, we still find time to do adult things and hang out with our friends in person, without our kid around, but when we do those things we’re definitely not sitting around playing video games. My wife would kill me. So while I do feel that the fact that the younger generation hasn’t known anything different when it comes to gaming, definitely plays a huge part in the more addictive nature of their gaming habits, I don’t think that should lead to a generalization of adult gamers. Hell, I would argue that being in your early-mid 20’s still isn’t a true adult yet. Yes, you should probably have a steady, entry level job, and you should be thinking about your future, but I lived at home with my parents until I was 27, didn’t get married till 30, had my first kid at 33, so I don’t think there’s any reason to rush into things…. as long as your not ONLY playing video games for 6-8 hours a day… that’s a bit excessive.

So overall my feelings on adult gamers is pretty obvious. I’m an adult gamer and I don’t see anything wrong with functioning adults that like to play video games as a hobby. It’s no different than someone going out and running, or playing a sport, or picking up any other number of hobbies. Just because you might not get enjoyment from video games, doesn’t mean that they are a waste of time. I would argue that in my opinion going for a run is a waste of time, but to a runner they love it. It’s the same idea. I will say though, that I find the fact that some of these kids are playing up to 8 hours of games a day, a little ridiculous, but I feel that some of the responsibility lays on the parents. Kids should be hanging out with other kids in person, not sitting in their bedrooms all day playing games. If a group of kids wants to get together and play video games TOGETHER, then that’s ok in my opinion, but the seclusion part of it is what I feel leads to bad habits, among other things.

Let us know what you think about adult gamers in the comments. We’re obviously very biased at this site, but we’d love to hear other people’s opinions on the topic.