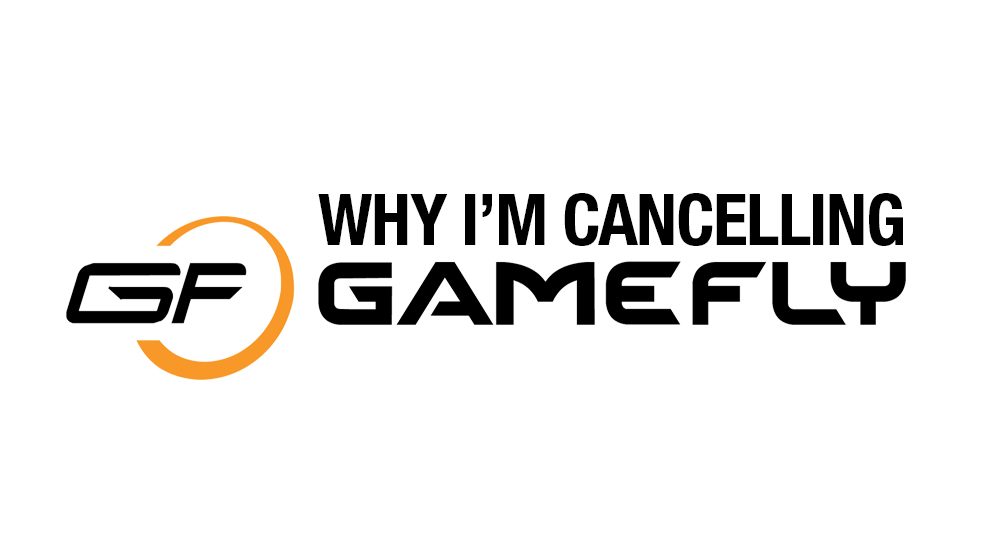 I’ve been a Gamefly member for a few years now and have had an ‘ok’ experience with it. I signed up before I had a child, when I had a lot more time to play video games, but things have changed over the last couple years and I think it’s finally time to cancel the subscription.

Don’t get me wrong, I think there are a lot of benefits to Gamefly and it saved me a ton of money over these last few years, but without as much time to actually play the games, I find myself actually losing money on certain games in the long run, especially with some of the sales Microsoft has had as of late.

I wrote an extensive post about whether or not Gamefly is worth it from a financial standpoint a year after I signed up, and at that point it was absolutely worth it. I was blazing through single player campaigns within a couple weeks and sending them back for a new game. There were also a lot of older games on Playstation 3 and Xbox 360 that I never got around to playing, so I took that time to play through some of those. But as the months went on, I found my queue dwindling and pretty soon I was down to just newer games that I wanted to play, and if you’re familiar at all with Gamefly, the newer games can take a while to ship to you because of the demand.

The fact that all of the games in my queue now have a low to medium availability has made me question whether or not Gamefly was still worth it… to me. I’m not saying it’s not still worth it to other people, but for where I’m at in my life right now, and what I have going on with my family and my job, I’ve been questioning whether or not spending $16 a month is worth it for a video game.

And as of this morning, I’ve decided that it’s no longer worth it.

This revelation came from a couple different things. My daughter is almost 2 now and she requires more attention now than she did when she was a baby. I also sold my Playstation 3 and Xbox 360 when she was born, keeping just the Xbox One, so any old games that I might still want to go back and play are out of the question, unless they are backwards compatible on the Xbox One. Combine that with the fact that, like I said, all the games in my queue have such a high demand, it has lead me to lean towards canceling my membership for a while now, but it wasn’t until this week that I really considered it, and this morning that I actually pulled the trigger.

The most recent game that Gamefly sent me, which is making its way to the mailbox to ship back to them today, is Grand Theft Auto V. I’m not a huge fan of open world games, but for some reason, after forcing myself to finish Red Dead Redemption, I’ve kind of been enjoying them a little more. And if you’ve ever played an open world game like RDR or GTA, then you know that they can take 10’s of hours to complete. Red Dead Redemption took me 3 months to finish since I only have short bursts of time to play. So with that thought in mind, and the fact that I’ve been enjoying GTA V for the last week, I knew it was going to take me a couple months to finish the story, and that is what caused me to decide to cancel Gamefly.

2 months of paying for Gamefly would be around ~$32, and Microsoft’s big holiday sale has GTA V on sale for $30, so if it takes me 2 months to finish the game, I’m spending more for it than if I were to just buy the game outright from MS today. So that’s what I decided to do.

I’m canceling Gamefly, sending GTA V back, and just purchased it for $30 from Microsoft.

This way I now own the game and don’t have to worry about whether or not it takes me more than 2 months to finish in order to make sure I don’t waste money on playing it. Not to mention I also have Battlefield 1, Dishonored, Gears of War 4, and Bioshock to still finish, in between still playing a ton of Rainbow Six Siege.

So with the amount of games I have sitting on my Xbox One currently waiting to be finished, the cost of Gamefly vs. the demand of the games in my queue, and the amount of time I have to actually sit down and play games these days, it’s time to say goodbye to Gamefly. It was definitely fun while it lasted and it saved me quite a bit of money in the long run, but there are other things that require more of my attention these days than video games.