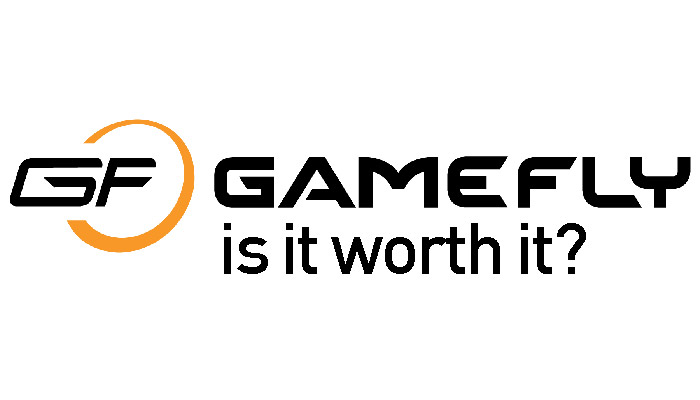 a shot to try and save money on the video games I was purchasing. This wasn’t the first time that I had looked into using Gamefly as a way to save money, but it was the first time I actually sat down and ran some of the numbers to determine whether or not $15.99 a month would actually save me money in the long run… and it seemed like it would, so I bit the bullet and signed up.

The problem I have with video games is that when I buy a new one I usually binge play through it and finish it in a week, and if it’s not something that has an interesting multiplayer that I could see me and my friends playing for a few more months, the game just sits in the closet collecting dust. I can’t think of a single time that I’ve played through a video game multiple times, so to spend $60 dollars on a game that I will beat in a week and never play again seemed like a waste of money.

Over the years I have significantly cut back on the amount of games I buy each year anyways, especially now that I’ve been getting more into retro gaming again, but I do still want to play a lot of the games I don’t purchase, so this seemed like a perfect way to do so. I always know that I will purchase the latest Call of Duty game each year since I really enjoy the multiplayer, even though this latest installment didn’t hold my interest as long as others, and I do play through the single player. But aside from that, it’s just a random game here and there when I feel like I’ll enjoy it.

So in June of 2014 I decided to sign up for Gamefly and give it a go. In doing so I also decided to keep track of some statistics that came along with the service. And these stats would probably make for an awesome infographic, but unfortunately I suck at making infographics and don’t have the time nor energy to actually give it a try, so we’re just going to be discussing the numbers.

I have been currently subscribed to Gamefly for 338 days. Within that 338 days I have held games in my possession for 241 of them with an average of ~14 days per game. Games have been in-transit (shipping to and from me) for 128 days with each game being in transit an average of ~7.5. I know the days in transit and the days held don’t equate to the total number of subscription days, I’m sure there were days I counted as in-transit where it just sat in a mailbox and had to wait until the next day for a pickup or some other sort of discrepancy.

The shipping system is by far my biggest complaint about Gamefly. Some games are listed as a quick return, meaning that as soon as they are scanned at the post office, Gamefly is supposed to get a notification and immediately ship out the next game. And it’s not that, that part of the system doesn’t work, because I get email notifications that the next game has shipped, but then why does it take another full 7 days for that game to reach me? It’s so inconsistent with the shipping days it’s ridiculous. That average in-transit of ~7.5 days is only because when I first signed up the turn around times were super fast. I’d send a game back and get a new one in 4-5 days. After the first few games it slowly started to slip and eventually I was seeing 10-15 day shipping turn arounds on certain games. And I thought maybe it was cause they were newer games, but looking back on it they were not, they were old PS3 games (Uncharted). So this is by far my biggest complaint about the service, I’ve basically spent 4 months worth of the 11 months I’ve had the service, with games in transit.

Now let’s take a look at the actual game numbers and how much money I’ve actually saved using the service.

As of this posting I’ve gotten 17 games (1 is on the way right now, but it’s not included in any of these numbers). As mentioned above I’ve held these games at my house for 241 days. I’ve completed 8 of these games from start to finish. 2 of the games were sports games so I obviously did not play all the way through those as full seasons would take quite a commitment. As for the genres of games, 2 were sports games, 5 were first person shooters, 9 were 3rd person action/horror/adventure type games, 1 was a role playing game, and 1 was a racing game. I will put a full list of the games below… I may have been generous with some of the categories.

On average I held games for ~14 days, but the shortest game held was Uncharted 2, which I beat and returned in 6 days, and the longest held game was Uncharted 3 at 25 days, only because I couldn’t complete it because my PS3 was too old and had trouble with the dual layered disc. I would get to a point and the textures would disappear and the audio would go out and I couldn’t continue, so I would start it over, but still couldn’t advance past certain points so I gave up. I’m actually pretty upset I didn’t get to play through it, because the Uncharted games were probably my favorite games that I’ve gotten from Gamefly so far. The 2nd longest held game was recently and that was Evolve. The only reason this game was held for 24 days was because I had a baby right after the game was delivered and I got sidetracked a bit. If not for the baby being born I would have had time to realize that the game is just as repetitive as the beta and would have returned it a lot sooner. Assassin’s Creed Black Flag was also held for 24 days, and I probably would have played all the way through if I didn’t get to a point where I needed to grind to level up my pirate ship… no thanks.

For the 11 months I’ve been subscribed I’ve spent $150 (the first month is free, otherwise it would be $165). If I would have bought all of these games new at retail, at the time of their release, I would have spent $1,080. Obviously a bunch of these are older games, so they would have been a lot cheaper to buy right now, but for the sake of argument we’ll go with retail pricing. That is a savings of $915. Now if I would have turn around and sold these games for around $30, depending on how much time had passed after purchase and completing/selling, I still would have a savings of $540. And within the 11 months of having Gamefly I have purchased 4 games at $60 retail pricing for a total of $240, but these are games that I still play to this day: Call of Duty: AW, Destiny, Dying Light and Call of Duty: Black Ops 3 (Pre-order).

So in the end I feel that Gamefly has saved me a lot of money over what I used to spend on video games, but at the same time there’s a good chance I wouldn’t have bought all of the games that I obtained through the service. Some of the games I played only because I was able to utilize Gamefly for them. And in some cases I only got them because it’s hard to get newer games shipped to you because there is such a high demand, so in order to not be sitting here with no games ready to ship in my queue, and basically just throwing away money, I opted to play through some of these older ones. But at the same time, there are games that I had initially thought about purchasing, but restrained myself until they showed up in the mail, only to be super disappointed by them. So in that sense Gamefly is totally worth it. There’s nothing worse than being amped up for a game, buying it, and then having it totally suck, especially since I’ve upgraded the hard drive, and gone to all digital games on the Xbox One, I have no way of recouping any of the cost of my purchases. So if they suck, I’m just stuck with a shitty game forever.

So if you’re looking to catch up on older games and don’t mind some of the newer games having longer waits, then I definitely suggest signing up for Gamefly, especially if you can blaze through games in a couple weeks. Actually, in theory, as long as you play through 1 game every 4 months, you essentially get your moneys worth. Since a game costs $60 and Gamefly is $15/month, you have some time.

So those are my thoughts on the service. They do also offer blu-rays/DVD rentals as well if you want to switch it up from time to time, or if newer games aren’t shipping fast enough for you, you can supplement with movies.

And as promised, here is the list of games that I’ve gotten so far, the days I held them and whether or not I played them all the way to the end.

Update 12/23/16 – I wanted to update everyone on my Gamefly usage as this post seems to be fairly popular these days. I actually came to the decision today to cancel my Gamefly subscription and here’s why. Everything in this article about whether or not it’s worth it still rings true to this day, but things in my personal life have changed a bit and I’ve come to the conclusion that it’s just not worth it for me anymore.

Evolve Is Kind of Boring
Microsoft’s Latest Effort to 1.0 the Xbox One
Comment