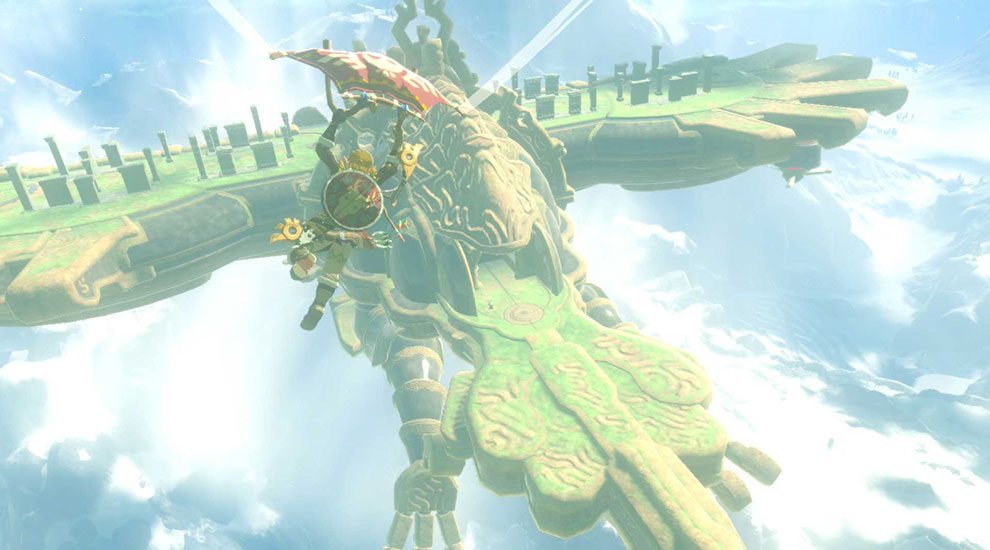 The Nintendo Switch’s first year on the market saw the release of a ton of excellent titles – many of which are system sellers.

Of course, you clicked on this article because you want the best action adventure games for the Nintendo Switch so far.

These games represent the best the Nintendo Switch has to offer and are sure to provide the foundation for a solid Switch gaming library.

In this article you will find out about: 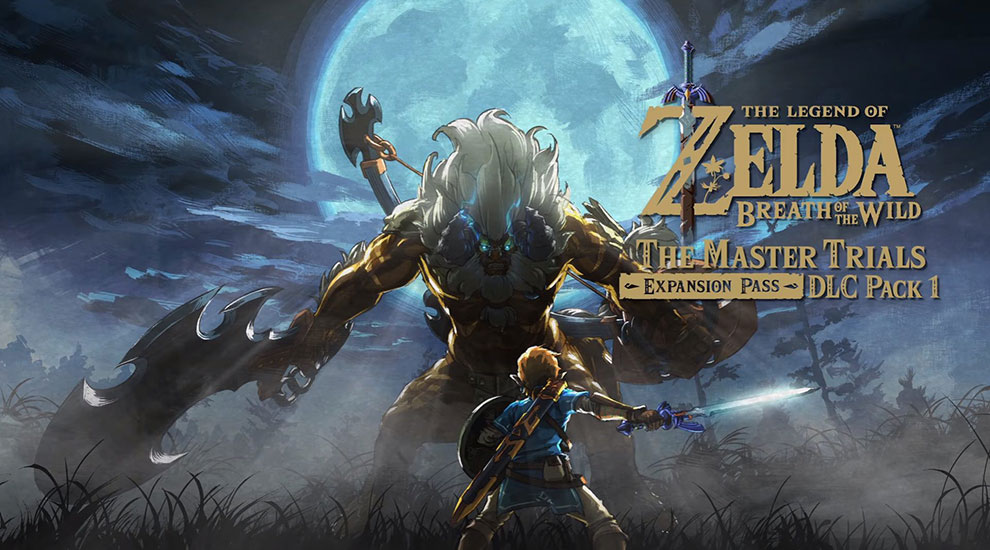 10. The Legend of Zelda: Breath of the Wild – The Master Trials

The first of two DLC available for the game, The Master Trials adds new armor, trials, a hard mode, and more.

No new story content, but tons of that solid gameplay youíve come to love from Breath of the Wild. If you have not gotten enough of BotW then The Master Trials are sure to sate your appetite for more Zelda action.

Sporting the same story as the original, the new Hard Mode really puts expert Zelda players to the test and the additional trials are a welcome feature that helps break up the game and engages the player in novel, innovative tasks. 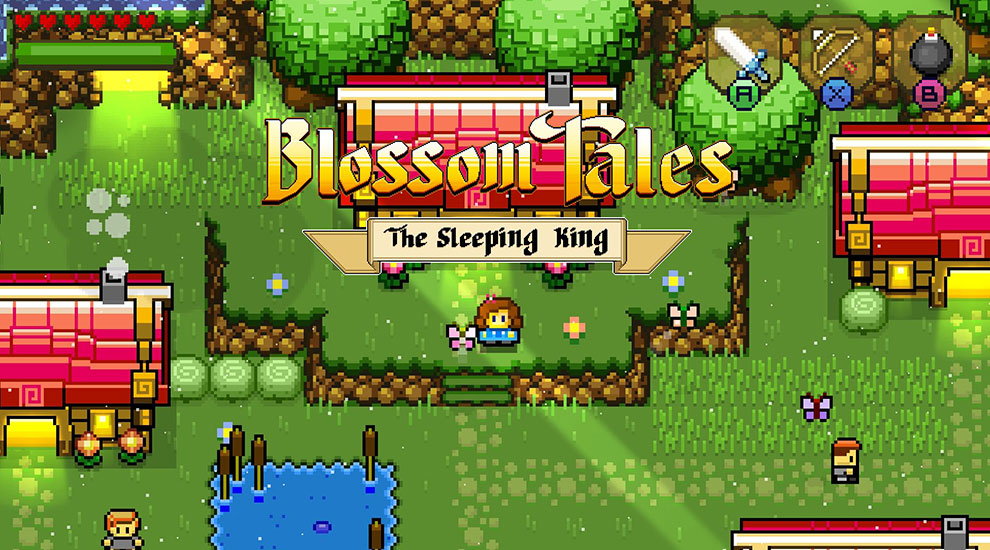 Or maybe you’re looking for something a little more traditional, like the original NES Zelda or the Super Famicom’s A Link to the Past.

Blossom Tales: The Sleeping King was made for you. This game combines the best of old-school Zelda in a retro-new modern package that is as epic as you would expect a top-notch Zelda-clone to be.

Everything is here – scrolling text, puzzles, sprites, a lush world to explore – you really need this game if you’re a legit fan of Nintendoís oeuvre. 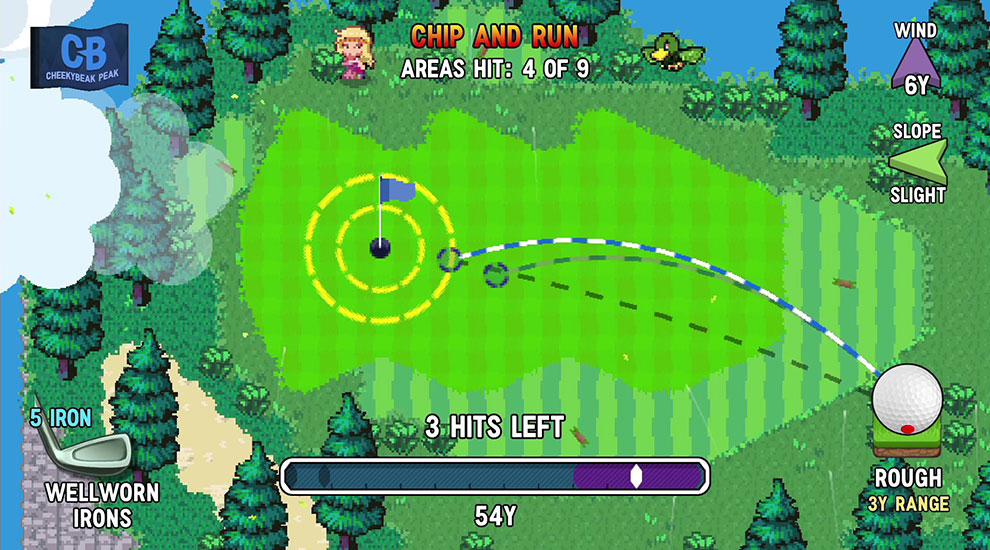 Undertake the life of a golfer who has one last chance at achieving his dreams in this amazingly engaging, retro-styled game that combines the best of a sports game with an RPG.

Story and gameplay rich, Golf Story is also charming at its heart. The Switchís strength in the indie space is stunning given its relative youth in the console market, but Golf Story hearkens to a different time and is reminiscent of the Super Nintendo without losing sight of its presence in the modern era.

Inventive and fun, with a cast of characters sure to stay with you after the game, letís hope Golf Story is the first installment in a new series of great games that recall the past while exploring the future of videogames. 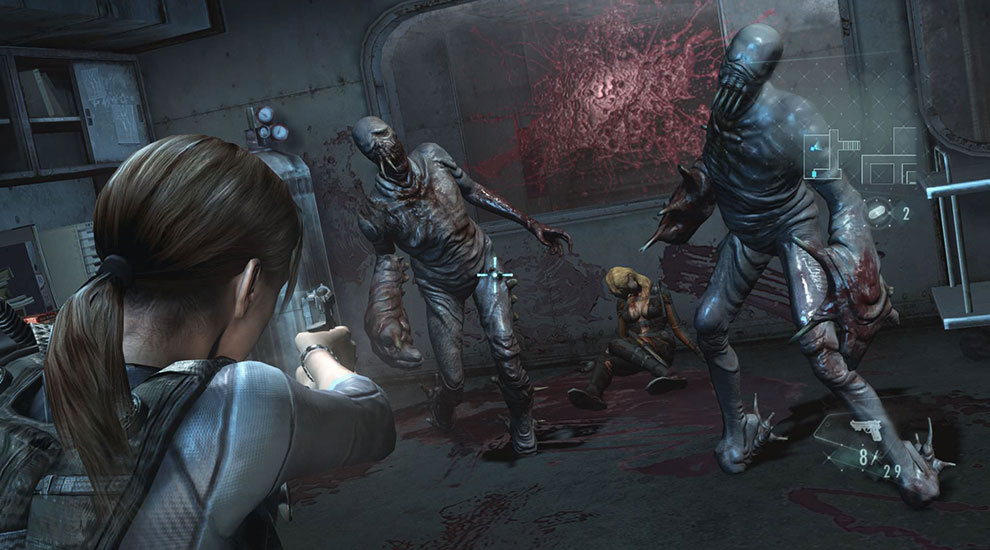 If you’re not familiar with the survival horror series Resident Evil, then the Resident Evil Revelations Collection might be the perfect introduction to the series.

Thereís a lot more action than in the mainline series and it is very accessible while also delivering a challenge.

The graphics are a bit dark but impressive enough and, in-handheld mode, is an absolute blast to play. Everything clicks with this game and thereís enough of all the elements needed there to make it a memorable experience.

Plus, itís Resident Evil so there will be enough of its trademark insanity to keep you paying attention to the story as well.

Another delightful entry in the classic Sega Wonder Boy series, this updated game features the same gameplay as the classic but with updated visuals that are delightfully cheerful with a storybook quality that makes it stand out in a sea of retro remakes.

Gameplay that is solid and quirky, but also oddly modern for a retro game, Wonder Boy keeps the challenge of the old game and never shies away from its roots.

This game is tough at parts but always rewarding and the presentation is great stuff. Perfect for people who appreciate retro games and those who like good platformers, Wonder Boy is a gem of a game. 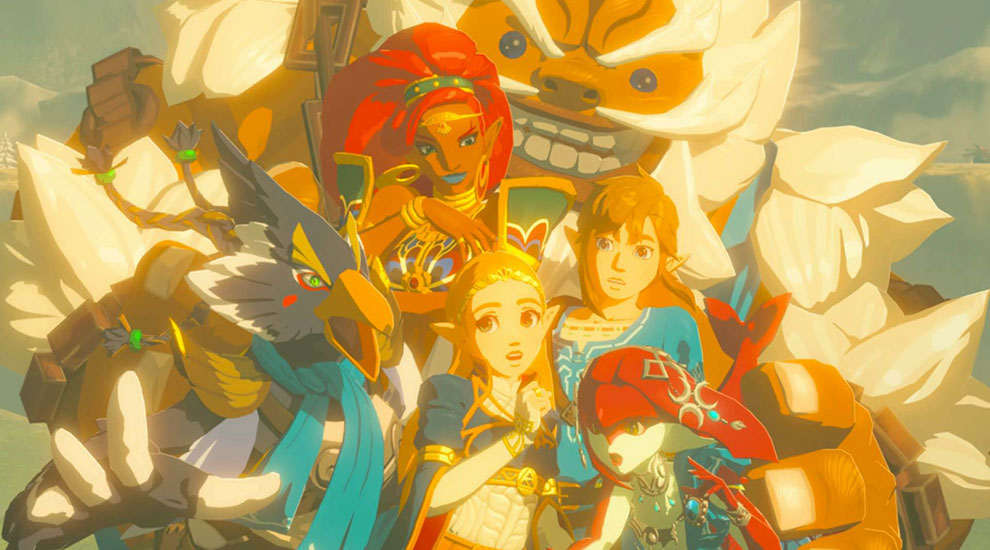 5. The Legend of Zelda: Breath of the Wild – The Champions’ Ballad

The Championsí Ballad adds a ton of new content to an already amazing game. Included are new weapons, vehicles, and even a new quest to undertake that will help shine some light on the four Champions of Hyrule and Princess Zelda.

To access this content, players must first have freed all of the Divine Beasts. A true expansion of the game in every way.

The Championsí Ballad is essential playing for fans of BotW. 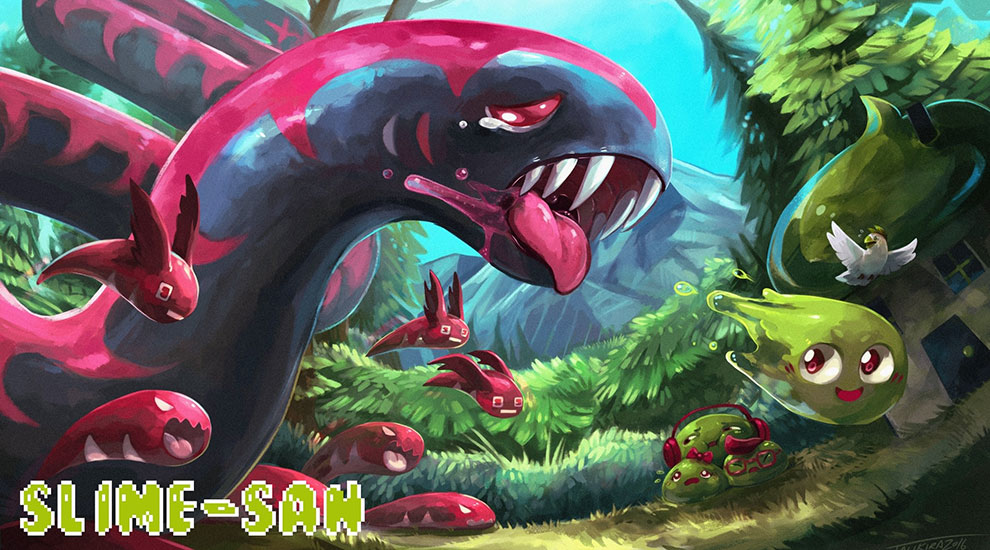 Another puzzle platformer in the guise of an old retro game, Slime-san is another demonstration of the Switchís prowess at handling both modern games and classic games.

Slime-san is charming and fun but also super challenging – itís definitely not for the faint of heart. Offering a consistently challenging experience without becoming an overbearing chore is the hallmark of good game design, and Slime-san shows that off from minute 1.

And youíll not run out of content with this epic piece – with over 200 levels consisting of 800 different rooms, gamers will be pressed to speedrun this 100%. 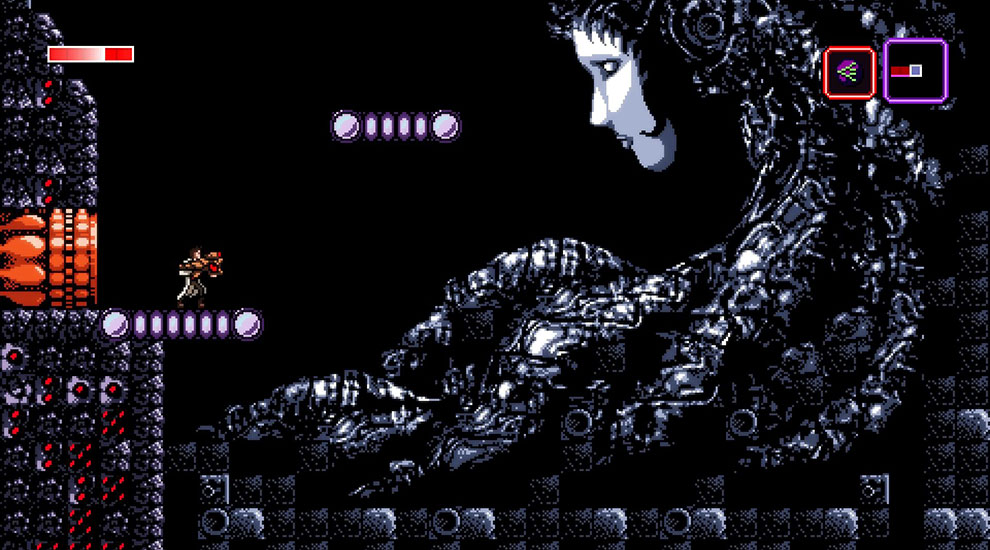 Axiom Verge is inspired by Metroid and wears this inspiration all over itself. You canít really escape the comparisons, but you can enjoy the fruits of that mimicry.

Axiom Verge is an indie darling from Steam that has made its way over to Nintendo’s Switch because it belongs there.

The graphics appear to be something between the Super Nintendo and NES, with dark purples and maroon mixed in with black for an otherworldly atmosphere that is simultaneously familiar and unique.

Metroid with more atmosphere, Axiom Verge’s sound and gameplay match and, in some places, exceed its inspiration material.

Just as vague as the original NES Metroid, Axiom Verge also provides more than enough challenge for gamers of every skill level. 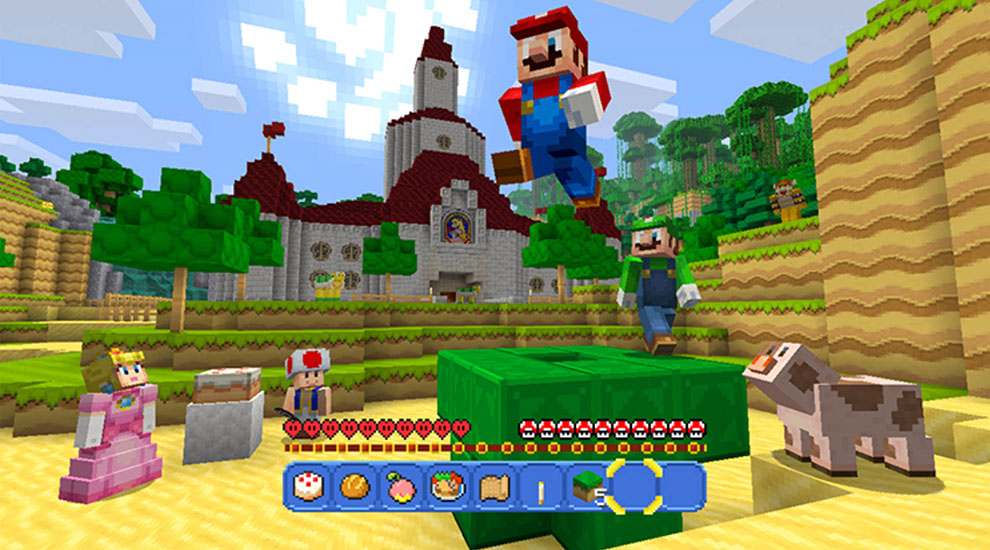 The game that needs little introduction, Minecraft for the Nintendo Switch is another quality installment in one of the world’s most popular video games.

Build your own world or simply survive, Minecraft’s open-ended gameplay provides unlimited options and gameplay that is, in a sense, endless.

Constantly updated with new expansions and content, Minecraft will probably have a long life on the Nintendo Switch as it maintains its relevance with younger gaming audiences.

Exploration is rewarding as players encounter villages and ruins, but building and crafting are equally engaging.

There really is no pressure in Minecraft except for to survive through the night and in general. Mining is dangerous, after all. 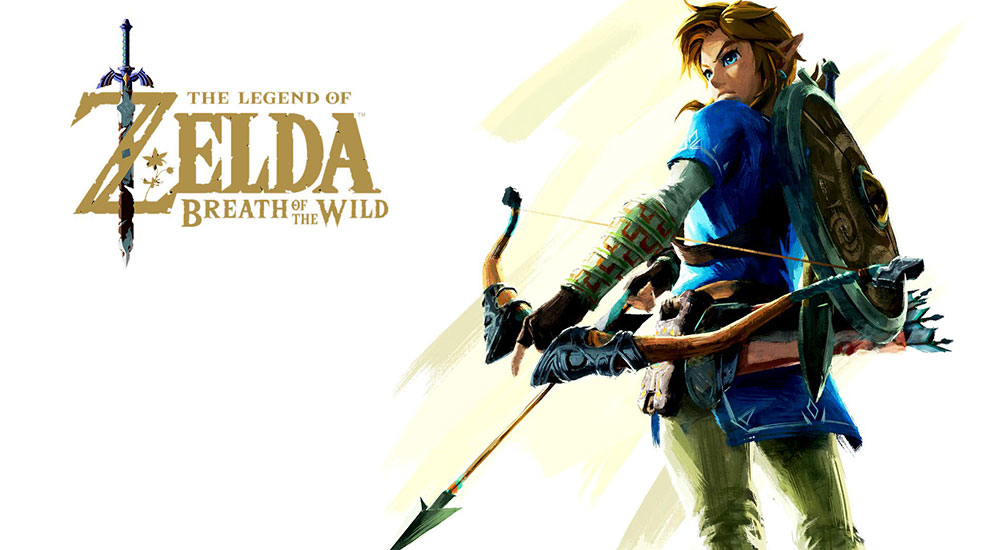 1. The Legend of Zelda: Breath of the Wild

Probably the most epic Zelda experience to come around in some time, Breath of the Wild puts Link in a Skyrim type environment and wishes players the best.

Camping, cooking, chopping down trees, crafting potions – it’s all here. Breath of the Wild combines the best of camping with the open-world experiences Zelda first introduced back in Famicom era.

In many ways, the game feels like its biggest inspiration is the original NES Zelda, with some hints of Zelda II creeping in at times as well.

The easy comparison would be Elder Scrolls and other open-world games, but the more you get into it, the more you realize that this game is unique unto itself and is even referencing its own history for this iteration.

There’s so much content in this game that players will spend much of the year unlocking everything so you will definitely get the most bang for your buck with this title.

Along with Super Mario Odyssey, it is a must own game for the Nintendo Switch.