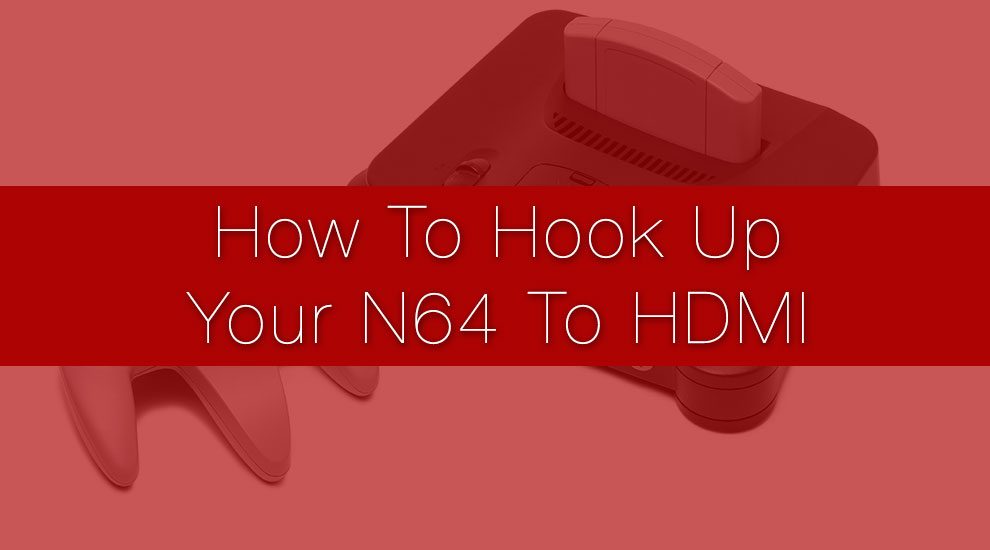 Retro gaming is back in a bit way and no retro console is more desired than the Nintendo 64. With incredible games like Zelda: The Ocarina of Time & Majora’s Mask, Mario 64, Mario Kart 64, and of course, Goldeneye, it’s no wonder that people are paying big money for N64 consoles, games and accessories now more than ever.

I even picked one up myself a couple weeks ago just so I could relive the nostalgia of playing Goldeneye against my friends… although, that means I have to get my friends to come over and play with me, but I don’t think it will take much convincing.

The only problem I didn’t take into account, in regards to retro gaming, is the fact that TV technology, more specifically HDTV, has left the video output, and graphical resolution, of these consoles in the dust. The N64 pumps out a jagged 480i standard definition over the normal composite (RCA) cables of yesteryear, while every single TV in my house only has HDMI and component inputs.

But never fear, there are a couple solutions to the problem. One of them is extremely involved and probably costs more than most people want to spend on this sort of thing, and the other is cheap and effective, but won’t do you any favors in the graphics department.

The UltraHDMI mod for the Nintendo 64 is what you would want if all you play is the N64 and you want it to look as good as it possibly can on your HDTV.

This method requires soldering a modded board to the inside of your N64 as well as making a cut-out in the case to allow the HDMI connection to protrude through the back of the console, below the normal composite plug.

Oh, and it also costs over $200 between the board itself and the installation. So, like I said, this isn’t an option that most people are going to opt for in regards to outputting their Nintendo 64 to HDMI for use on their HDTV’s, but it is the best picture you can possibly get with the console… outside of hooking it up to an old non-HD CRT tv using the standard issue yellow, white and red composite cables.

It might also be cheaper just to pick up an old CRT tv than it would be to buy and install the UltraHDMI. Especially since the UltraHDMI can’t fix the fact that the graphics are only output at 480i from the console, it will just merely display the graphics as originally intended, but on an HDTV.

I have no experience with the UltraHDMI so I can’t recommend it, and because of the price point, I have to imagine that none of you are going to be going this route, so lets dive into the other option.

This is by far the cheapest option for hooking your Nintendo 64 up to your HDTV via HDMI, and it works just fine.

If you’re not looking to solder into your N64 and don’t want to spend upwards of $200 just to be able to play your Nintendo 64 on your HDTV, then this is the option you want to look into.

Converting the composite signal that comes out of the N64 into an HDMI signal that your HDTV can recognize will cost you around $10-15.

Where to Buy the RCA to HDMI Adapter for N64

The simplest answer to this question, and most questions regarding where to buy something, is amazon, but which one do you buy…

If you head over to amazon and search for RCA to HDMI adapters you’ll find pages and pages of different options, but which one do you need? And basically as long as you get one that goes from RCA to HDMI (and not HDMI to RCA), then it doesn’t really matter which one you buy, as they are all going to do the same thing.

I accidentally bought one that went from HDMI to RCA/Composite and it took me a little while to realize my mistake when the package arrived… it was pretty annoying. I tried the adapter on 3 different TV’s before I finally figured out I was trying to convert the signal backwards.

So with that in mind, I’ve made it easy for you. Either of the two products below are the correct ones and will do what you need them to do. The only different between them is the color (and price). You’ll probably notice, if you search on amazon, that all of these converters look the same, just have different writing on them. That’s because they most likely all come out of the same Chinese factory, but are just rebranded as whatever company chooses to sell them… the internals are all exactly the same, so I would just go with the cheapest one.

I purchased the white one above and it is working just fine. It is powered via USB and most HDTV’s these days have a USB port on the back of the tv which allows you to hook this up and maybe velcro it to the back of the TV, without having to run another power cord to an outlet in order to power the converter.

There is also a switch to go between 720P and 1080P if you want to make that adjustment. Honestly, it won’t matter because, like I said, the N64 only outputs in 480i anyways, so even with the upscaling that these converters do, you’re not going to notice any quality difference between the two settings.

So either of the solutions above will work if you don’t have a TV with RCA connections on the back.

However, if you have an AV receiver with HDMI output, as well as composite connections, you can also hook up the console that way and run everything through the receiver. I, unfortunately, no longer have a full surround sound setup, and instead have opted for a Sonos Playbar as my main source of audio in the family room, but I know my previous receiver definitely have composite inputs as well as HDMI switching, so it would have worked perfectly in this situation… unfortunately it was super cheap and I threw it away when we moved.

So if you have an old surround sound receiver that would be capable of this, why buy another device if you don’t have to. Otherwise, the Composite to HDMI converters we mentioned above will work just fine to get your Nintendo 64 up and running on your HDTV.

Like I said, it still isn’t going to look super great, and won’t look as great as the UltraHDMI mod, but considering the N64 outputs at 480i resolution, the only way to get the true look and feel of the console is to pick up an old non-HD CRT TV and fire it up on there. 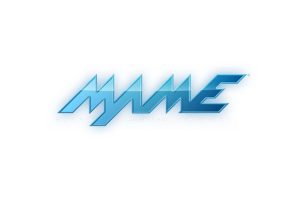 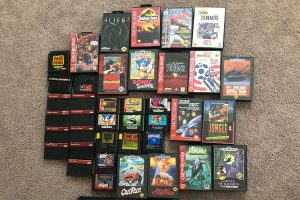