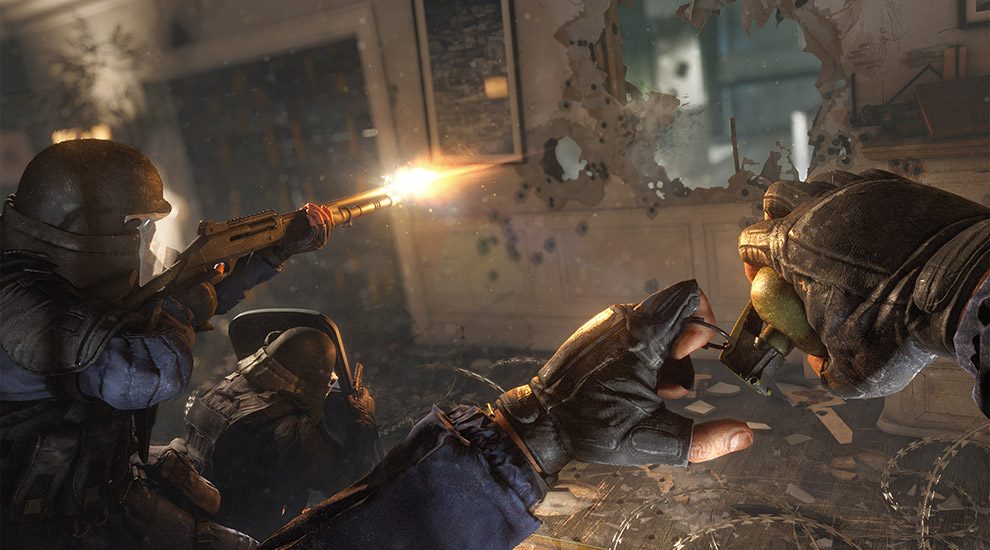 If you plan on playing Rainbow Six Siege, please use a microphone. I know a lot of people just like to jump into a game and play a round and not talk, but it is crucial to have communication with your team when playing this game.

Ok, I’ll give you the benefit of the doubt if you’re playing a casual match and don’t use your microphone, but there is no point to playing in ranked if you’re not going to talk with your team and work together. I can’t tell you how many times I’ve had players in the game just run up to me and start knifing me until I followed them to somewhere… what is the point of that?

Every operator in this game has a specific purpose, if I’m playing as Thermite and you need me to blow through a reinforced wall somewhere, just tell me… using your voice. Don’t run up to me squatting up and down like a jackass, while you knife at me until I follow you. You just look like a lost dog trying to tell the cops that Timmy fell down that fucking well again.

The only time you should not be using a microphone in this game is if you plan on just being a jackass. I’ve run into those as well. If you’re just going to tell me how you had sex with my mom or use racist words for no reason at all, then don’t bother turning your microphone on. But if you really want to play the game to it’s potential, and actually have an enjoyable time playing, then use your mic and communicate with your team.

Also, please use game chat to talk with everyone and stop trying to invite me to your party. If you’re in a party I can’t tell who is talking to me because no names come up on the right hand side of the screen. However, in game chat I know exactly who’s talking to me and I can respond accordingly. There really is no reason to be in party chat unless it’s with a group of 5 friends who all know each others voices, otherwise just stay in game chat and play the game.

Sorry for the pointless rant over here, but this game is just so much fun (now that a lot of the bugs have been fixed), but it can still be ruined by people who choose not to play it as a team. This isn’t Call of Duty, there’s no run-n-gun, lone wolf style of gameplay here. Running off on your own will most likely just get you killed and put your team at a disadvantage, so it’s in everyone’s best interest for you to communicate with your team.

If you don’t have a working microphone, you can pick up some pretty cheap ones on Amazon or something. I have the Polk Audio 4 Shot, which were under $100, and work perfectly fine on the Xbox One. You can always just pick up the official Xbox Headsets for cheaper and be able to communicate, so there’s really no excuse. Hell, I don’t even care if you’re super young, as long as you’re using the microphone to help the team, and not just calling people racist names or listening to music or talking bullshit.