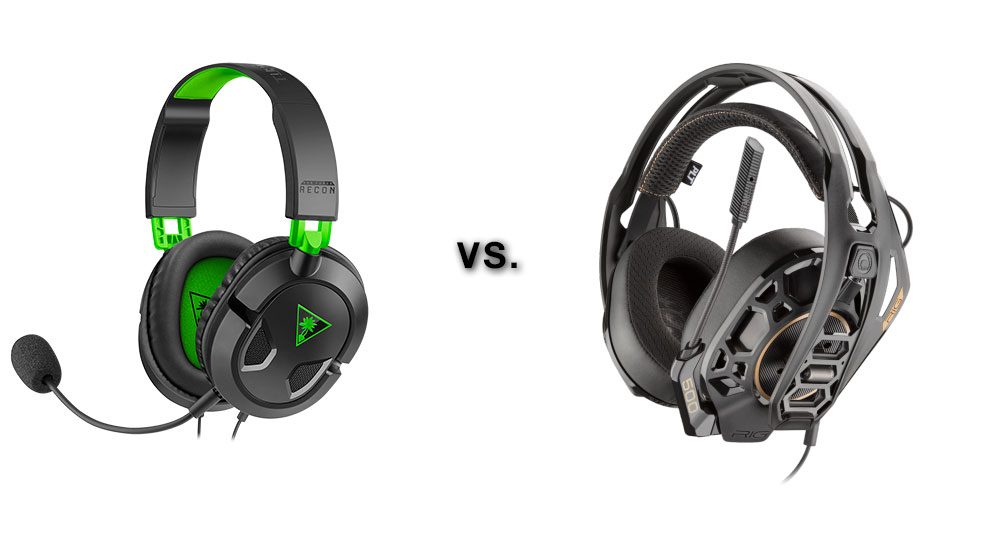 For a couple of months now I’ve been having trouble with the headset I’ve been using since the Xbox One was originally released. That headset, The Polk Audio 4Shot, was awesome for the price and I was actually sad that it was having issues. Honestly though, I wasn’t even sure if it was the headset at first, I thought it might have just been some settings on the Xbox. But after upgrading clean to an Xbox One X, and not moving settings, I was able to confirm that it was indeed an issue with the headset itself.

The Polk Audio 4Shot headset made the honorable mention section of our 5 Best Headsets for the Xbox One post back in 2017, and while I was sad to have to replace it, it was time to make a change.

Since the old headset was just that… old, I decided that I wouldn’t just buy another pair of the same headset, but instead I would try to find something that was cheap and still performed well for my needs.

Guess what I ended up with… pretty much everything I didn’t want, but for good reason.

I decided to head over to Gamestop one Friday afternoon to check out what sort of headsets they had in stock. It’s the closest gaming store to my house and despite the issues I’ve had with them in the past, they seemed to have a decent selection that would fit my needs.

After browsing around for a few minutes and talking with a couple of the staff there, I decided to try a refurbished Turtle Beach Recon 50X headset. It fit most of my requirements and I figured it would work just fine for what I needed. I don’t game for hours on end, just for like 30 min to an hour during lunch while I’m working (I work from home). And sometimes I’ll get a quick game in, in the morning before I dive into work, but outside of that my time is dedicated to my kids and my wife.

So I figured a cheap headset would get me through those few hours a week that I actually get to sit down and play the Xbox.

That being said, I didn’t last very long with the TB Recon 50X and here’s why. 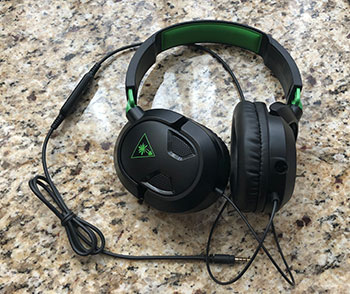 This headset hit all the marks I was looking for. It was extremely cheap after you factor in that I picked up a refurbished one and I had a $10 Gamestop credit from purchasing Red Dead Redemption 2 a couple weeks before. So I literally paid like $22 out the door for the headset from Gamestop. On Amazon it ranges from between $30-40 depending on price fluctuations.

So the price was definitely right.

Right off the bat the Turtle Beach 50X hit the mark for what I was looking for, and as long as it sounded half way decent, it would be a slam dunk. So I took it home and gave it a quick shot.

As soon as I put the headset on my head I knew it wasn’t going to work.

It wasn’t because of the sound quality, because that actually sounded just fine to me, but it was the way it felt on my head. The headset is pretty much all plastic except for the pads that cover your ears and an extremely thin layer of padding that rests on the top of your head… and it was that part that was absolutely terrible.

After like 10 minutes I could already feel the top of my head hurting from the plastic. I have a small head too, so if this was how it felt on my tiny dome, I can’t imagine that any adult with a non-child sized head would be comfortable in this thing. I immediately went upstairs from my office and told my wife that I would have to return them, but I wanted to give them the full week (return period on refurbs is 7 days) before I really made up my mind though.

As the week went on, I just got more and more annoyed with the headset. There was no way I was going to be able to keep them, it was just way too distracting and annoying to wear them. But like I said, thankfully I had 7 days to return them, and that’s exactly what I did.

When I went to return them, I pretty much had already made up my mind as to which headset I was going to buy, even though I thought they looked stupid as hell. So the return went pretty smoothly. Gamestop was even nice enough to honor the $10 off coupon I used on the 50X headset, on the new one, and I was in and out of there.

As soon as I got home and put on the Plantonics RIG 500 Pro HC Headset I knew I had made the right decision… even though I still hate the way they look. 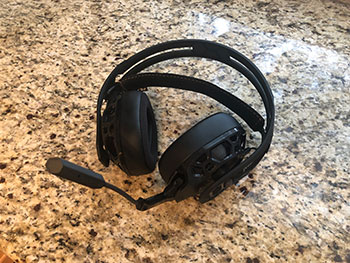 When I had initially gone to Gamestop to look at Xbox One headsets I wrote off the Rig 500 Pro because I hated the way it looked on the box. It has all these weird cutouts and notches, and gold accents and everything… I just didn’t like it. It was the epitome of gaming headsets in my eyes. But, seeing as how I tried to go cheap and ended up with a terrible feeling headset, I decided that I was gonna just go for it and pick up the Rig 500’s and see what happened.

Just like the Turtle Beach 50X headset, the Rig 500 Pro is a wired headset, which is what I was looking for, which helps keep the price down a bit. Wireless versions of the same headset will run you well over $120, but this one retails at $79.99 at Gamestop. Yes, a far cry for the $22 I paid for the Turtle Beach headset, but absolutely worth the money in comparison.

As soon as I got home and opened the box I was already pleasantly surprised. They actually aren’t has ugly looking in person as the box makes them seem. I actually don’t mind them now that I’ve had some time to get used to them. The notches all over the place are there to help keep the weight down and the gold accents are barely there. It’s actually a pretty nice looking headset.

In terms of sound quality, the Rig 500 Pro is light years ahead of the Turtle beach 50X. The Rig 500 just sounds awesome. And the fact that they include a code to enable Dolby ATMOS sound on the Xbox One X is just icing on the cake. I do have one minor complaint about the sound, and it’s not actually the gaming sound, it has more to do with them microphone.

There’s no individual control for voice volume vs game volume on the headset controls itself.

The headset has a really handy volume dial that is right where the headset plugs into the controller, and it’s awesome for adjusting game volume. I just wish there was an easy way to make adjustments to the chat volume independently of the game volume. It’s not the end of the world but it would be nice to have for sure.

The other thing I’m not a huge fan of is the way you mute the headset for game chat. In order to mute the headset you need to flip the microphone up. When you want to chat, you just flip it down so the mic boom is near your mouth. Yeah, it’s super easy, and I get why they did it, but I’m so used to having the mute button at my fingertips, it’s just a change I’ll have to get used to.

Despite those minor annoyances, and personal preferences, I’m really digging this headset. It wasn’t terribly expensive, it sounds awesome, despite how I thought it looked on the box, it’s not super ugly, and best of all… it’s extremely comfortable on your head.

The headset has a mesh elastic band that hangs down below the main plastic area over your head, which cushions the top of your head while you use it. It also has super soft ear covers that make it almost feel like you’re not wearing a headset at all. And on top of that, it blocks out pretty much all of the sound from the outside world. It’s awesome.

After trying the Rig 500 Pro’s I’m not sure why I ever thought that the Turtle Beach 50X headset would be anywhere near good enough for me. Despite the slightly higher price tag on the Rig’s, they outperform the Turtle Beach headset across the board, it’s no contest.

Now, I’m not sure if any of the other Turtle Beach headsets would compare better, maybe one in the same price range, but for now I’m super happy with the Plantronics Rig 500 Pro HC headset.

Oh, and if you own a PS4, this headset is universal and can work with both the Xbox One and the Playstation 4. So everything that I said above, while I used it on an Xbox One X, will still be the same for the Playstation 4. Although, I don’t believe the PS4 supports Dolby ATMOS, so I would look into that before you consider this… if that’s what you’re looking to get out of it specifically.

But overall, you won’t be disappointed with the Rig 500 Pro HC headset from Plantronics. And based on the quality of this headset, I’m guessing the rest of their Rig line is pretty good as well.