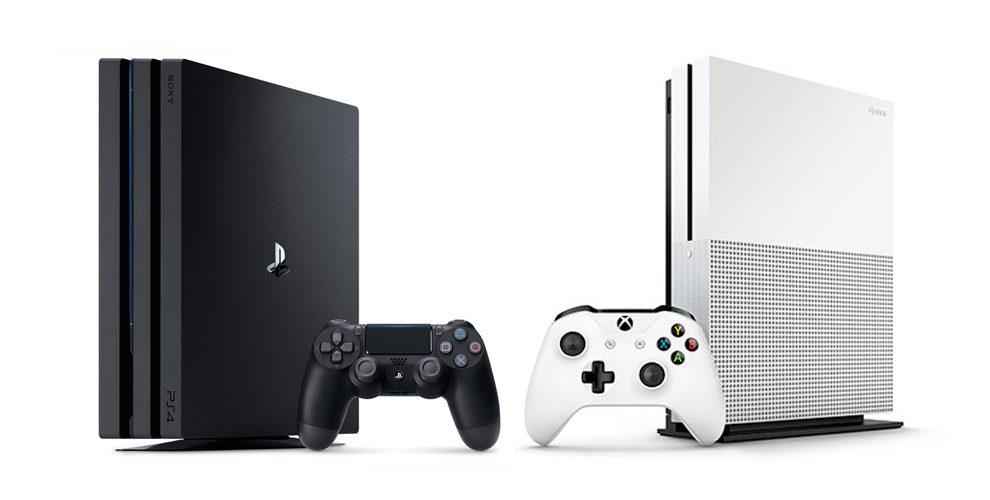 With the release of the Xbox One S and the Playstation 4 Pro coming out later this year, we’re starting to see a shift in console gaming. No longer are we going to have 8-10 year life cycles for console generations, but instead we’re going to see more incremental updates every couple years or so… and I like where this is headed.

Console gaming is going to start becoming more and more like PC Gaming in that the newer, most graphic intensive games are going to require better hardware that you might not have within your current machine. PC gamers know the plight of having to upgrade their video cards every couple years when the latest and greatest games come out if they want to play them on the highest graphical settings, and console games are going to be no different.

Now this may sound annoying to some people, but rest assured that I’m sure it will take years before you’ll be forced to upgrade to the latest and greatest console in order to run the newest Call of Duty game. You’ll still be able to play them on your current gen console (granted it’s an Xbox One or Playstation 4), but you may not be able to take advantage of the best possible graphics or frame rate. Just look at the Xbox One S already, the system is capable of playing games in 4K, but you’re still able to play those same games on your normal Xbox One in 1080P just fine, and across the same Xbox Live network.

The best part about all of this, at least what Microsoft is doing, is that they are rolling out their “Play Anywhere” feature which will allow the games you have on your Xbox One to be played on your PC without having to buy a new copy of the game. They are able to do this because the latest major system update to the Xbox One has the console running Windows 10, just like your computer. So yes, the Xbox One is basically just a PC marketed as a console. The lines are really starting to blur between the console world and the PC world and I applaud it.

The other nice thing about going to this sort of release system is that, in theory, all of the games you have for your Xbox One now, will be able to run on whatever version of the console they come out with in years to come. Whether that’s the Xbox One S, Project Scorpio, or whatever else comes after that, they are all essentially Windows based PCs, so they should be able to play all of the past games that you’ve purchased. And this is a huge deal if you’ve started purchasing all of your games digitally like I have. I love going back and playing some of the older games I have for the Xbox 360 (as long as they are backwards compatible), so with these incremental console updates, I should technically be able to play all of my Xbox One games for many years to come.

Now, I can only say the stuff above about what Microsoft is doing with the Xbox One, I’m not 100% sure how the Playstation 4 is going to work in terms of the Playstation 4 Pro and any subsequent console releases and their ability to remain backwards compatible. As of now you can’t even play Playstation 3 games on the PS4. And while I know Microsoft worked hard on building out an emulator within the Xbox One in order to allow for backwards compatibility, I’m not sure that the PS4 will ever have that ability.

Sony is currently leading the pack in terms of number of consoles sold, but with the release of the Xbox One S, Microsoft is starting to cut down on that lead. I think we’re going to see the Xbox slowly overtake the Playstation if Microsoft continues on the path they are currently taking.

It’s going to be interesting to see how this all plays out in the next 5 years or so, but I really do welcome the fact that gaming consoles are moving towards more of the mindset of PC gaming. I was a PC gamer for a very long time, I started with the original Wolfenstein on my old 25mhz computer that my dad sold his Harley Davidson motorcycle to buy us (probably around 1992-93) and continued with it all the way through graduating college in 2004. Of course I still had consoles through that entire time period (pretty much all of the consoles), but it wasn’t until the original Xbox came out that I started slowly drifting away from the PC gaming world.

I remember my dad having to spend hundreds of dollars to upgrade our original PC with a CD-Rom drive, more RAM and a new video card, just so that he could get a game to work that he got me for my birthday… The 7th Guest. And now, I can download that game for a few bucks on my iPhone and play it at a much better framerate than that old computer ever could, even after all the upgrades. Obviously that’s an unfair comparison, since over 20 years had passed since that old computer, but just the idea that you can play these incredible games on a phone still amazes me. Hell, I can even play all of my old console games on a raspberry pi for next to nothing.

Either way, I moved to consoles because of the convenience. The ability to just buy one thing and have it play any game made for it for the next 10 years or so without having to worry about upgraded video cards or hardware or any of that. But the jumps in hardware back then were a lot more drastic than they are now. When I look at some of the games that I played in like 2000 and compare them to the games I was playing in 2006 it was a huge jump in every aspect. But when I look at games I played in 2010 to now… while there’s still a definitely quality increase, it’s not nearly as large as it was back then. So the fact that Microsoft and Sony are going to start releasing upgraded hardware for their consoles every few years, doesn’t really worry me. I will probably stick to my same schedule and get a new one every 8-10 years or so and let everyone else enjoy their Xbox One S’.

The PC gaming world knows this release schedule well and it allows people, who want to, to stay up to date with the latest and greatest looking games that they can, but not everyone needs that. I just want to play fun games that look good. I don’t need to play a game with the highest possible graphics settings in order to enjoy a game if the gameplay is fun. So I say bring on this new release schedule and let’s see who comes out ahead between Microsoft and Sony.

If I had to put my money on one of them, it would definitely be Microsoft only for the fact that they are all about blurring the lines between consoles and PCs with the ability to play your games on either platform. And the fact that the Xbox is built on Windows 10, which developers are very familiar with, I think will help them in the long run. It will allow them to incrementally update hardware and allow the OS to take advantage of the new hardware, while still maintaining that ability to play legacy games and apps. But at the same time we don’t really know a whole lot about Sony’s plans for the PS4 Pro and beyond, so it will be interesting to see. One thing I know for certain is that while VR is pretty cool, I think it’s going to go the way of the Kinect and 3D TV’s…. but only time will tell.

What do you guys think about the big console companies moving away from releases every 8-10 years in favor of more incremental upgrades every few years?