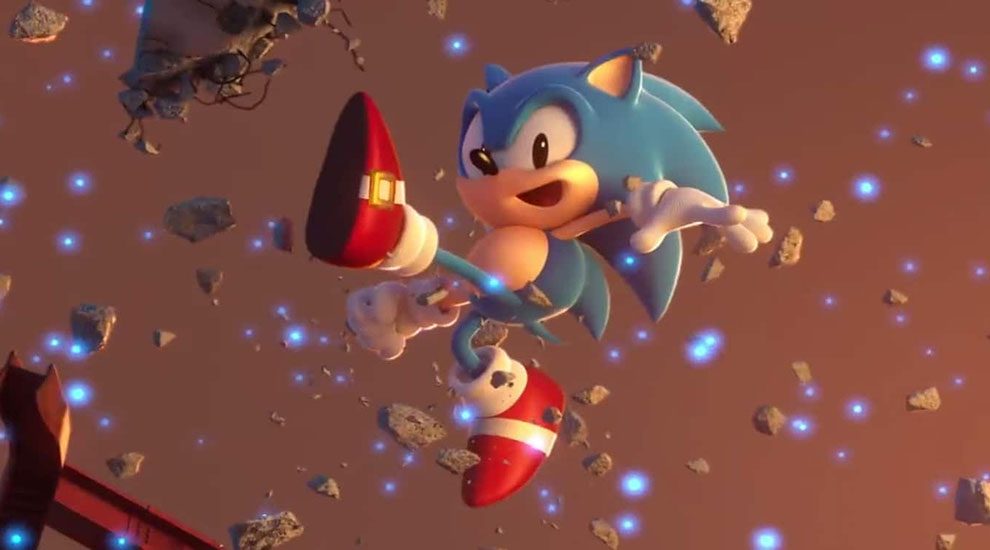 As all of you gaming nerds and Sega fanboys and girls probably already know, blockbuster film studio Paramount officially has a Sonic the Hedgehog movie in the works, slated for release sometime in late 2019, according to the Hollywood gossip Bible Variety. This means that studios are going the same way as they recently did with Call of Duty and transforming a long-running and much-beloved action series into what they hope to be a blockbuster movie. Fans of the world’s greatest and fastest blue hedgehog will be in for the ride of a lifetime with this live action and CGI mash-up film, starring Westworld’s James Marsden as the little guy himself. Deadpool director Tim Miller has reportedly been tapped in to direct the highly anticipated film, and gossip is swirling over who else will join what is expected to be a star-studded cast.

One thing we know disappointingly little of is the plot of the film; will it be a classic Sonic versus Dr Robotnik punch-up, or will they perhaps go the way of some previous Sonic cartoons and do something different to the hugely popular game series, of which there are now several dozen titles which have sold over 85 million copies in total. Rumors are also flying that there will be a new Sonic video game to accompany the film, meaning that fans will be doubly satisfied. With this milestone in the franchise fast approaching, we thought it appropriate to look back over the undeniably iconic Sonic the Hedgehog game series, dissect some of the best levels, characters and plot twists, to see if we can get an idea of what to expect from next year’s movie. Gotta go fast!

The Guinness Book of World Records has the Sonic series etched into its hall of fame (highest score by a single player and several other fields) so, with such a strong and enduring legacy across such a diverse range of platforms, it’s natural that the franchise has spawned a lot of characters (well over 200). Some of these are understandably better than others, and there’s no doubt that there are some more iconic friends of Sonic that deserve to make the cut. An obvious starting point is his no.1 companion, his bro, buddy, pal and comrade-in-arms, A.K.A. Miles “Tails” Prower, the double-tailed fox who has ridden it out with sonic through thick and thin, chaos emeralds and all. We also hope to see an appearance from his main man number 2, and arguably the coolest character in the whole franchise, Knuckles the Echidna. It would also be nice to see a little girl power in this title, with the obvious contender for that appearance being the hot-pink hedgehog Amy Rose, who first debuted in the 1994 Game Gear title Sonic Drift.

There are too many iconic Sonic levels and locations in this vast series to go through here but there’s definitely a few which fans would love to see revived on the silver screen. One of the most recognisable is the endlessly-memed and nostalgia-inducing Green Hill Zone from the Sonic the Hedgehog original title, and a cheeky nod to this beloved level would surely bring joy to the hearts of longtime fans the world over. There are some more interesting classic levels which deserve a reboot, such as the super colourful Casino Night Zone level, featuring Vegas Strip-neon and spinning slots, paying homage to a long tradition of casinos depicted in the media, a phenomenon that gaming brand Betway Casino has the full low-down on. Other fan favorites include the oh-so-Sega Mushroom Hill Zone and, of course, the intimidatingly difficult Chemical Plant Zone from Sonic 2.

Over the course of the Homeric Sonic saga, there have been more plot twists, big reveals and shock endings that you can shake a stick at, and it would be interesting to see if any of these carry over into the film or the possible accompanying game. The big one for the ages is probably the reveal in the comic series that long-time arch nemesis of Sonic, the ruthless Shadow the Hedgehog, is actually closely related to the protagonist himself, despite being an artificial creation of Dr Robotnik. There are endless other twists and turns throughout the series, but an appearance from this contentious and beloved character would make the upcoming movie a real one to watch.

What aspects of the Sonic series do you want to see played out on the big screen? Let us know in the comments, and stay tuned with all the latest gaming news here.