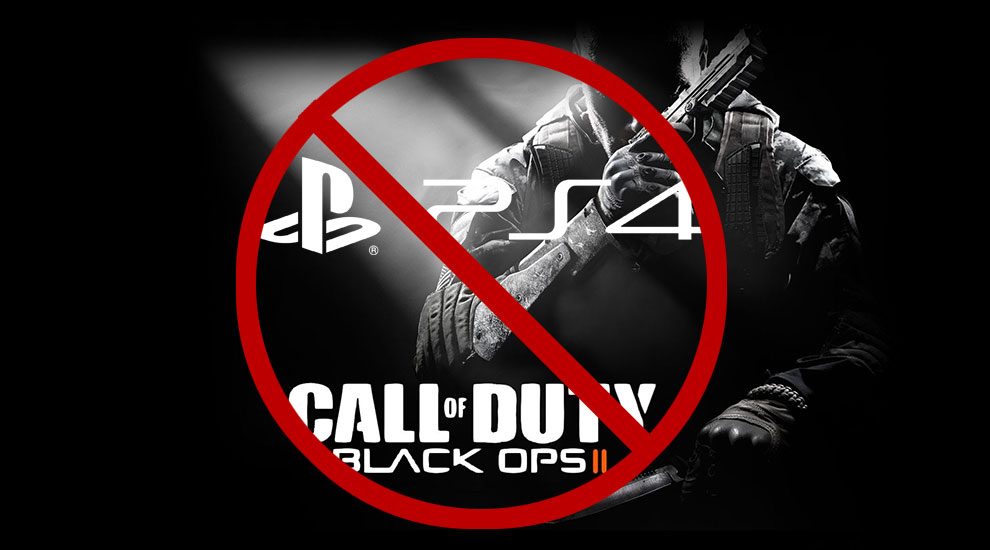 There has been lots of talk over the last day or so regarding the fact that Microsoft just made Call of Duty: Black Ops 2 backwards compatible on the Xbox One. What that means is that the Xbox 360 version of Black Ops 2 can now be played on the Xbox One. It can take full advantage of the Xbox One features, like GameDVR, streaming, screenshots, etc., just as if it were an Xbox One game.

It’s a great feature and it seems like Microsoft is going to continue to support this option through its future generation of consoles. So basically, whatever games you purchase today, if they play on the Xbox One, should technically be playable on all Microsoft consoles for the foreseeable future. Which is awesome.

Now, back to Black Ops 2 and Playstation 4.

I’ve seen a lot of comments on Twitter asking Treyarch (the developer of Black Ops 2), why they won’t make the game backwards compatible on the Playstation 4. And other tweets asking Sony to release the game on the PS4 so that people can play it… I think people are a little confused on the concept of backwards compatibility and what it involves.

Treyarch has no say in making Black Ops 2 backwards compatible on the PS4 at this time, because the Playstation 4 doesn’t have the capabilities to play Playstation 3 games. So even if Treyarch wanted to allow gamers to play the old game on their new console, it’s not even possible at this time. Sony would have to update the Playstation 4 software (assuming it’s hardware is capable, which it should be), to allow for PS3 games to run on the operating system. Essentially they would have to build a PS3 emulator into the PS4 that would allow the PS3 games to be read and played on the Playstation 4 console, just as Microsoft did with the Xbox One/Xbox 360. It’s not as simple as just saying they are now allowing backwards compatibility. Hell, it might not even be possible because of the architecture on the PS3 compared to the PS4. The systems were built completely different, and it may prove extremely difficult, or even impossible, to get to the old PS3 games to run on the new PS4 setup.

So unfortunately for Playstation 4 gamers, you may be out of luck when it comes to backwards compatibility, at least for now. I’m not saying it’s not possible that Sony won’t introduce some sort of work around, but at this point it seems highly unlikely. And that’s a shame, because I know a lot of people would love to be able to play some of their old PS3 games on their PS4 so they could ditch the old console in their media cabinet. I sold my PS3 as soon as my daughter was born, but might have possibly considered a PS4 if I was still able to play my old games.

Either way, Treyarch has no say in whether or not Black Ops 2 comes to backwards compatibility on the PS4 at this point and it’ll be up to Sony to actually implement a way to run Playstation 3 games on the PS4 before we can even talk about that being a possibility. So for those PS4 owners lighting up Twitter and message boards asking why Treyarch won’t put out Black Ops 2 on PS4, you should focus your energy towards Sony instead.

Mixer Streaming vs. Twitch Streaming
How to Hack the NES Classic Edition
Comment