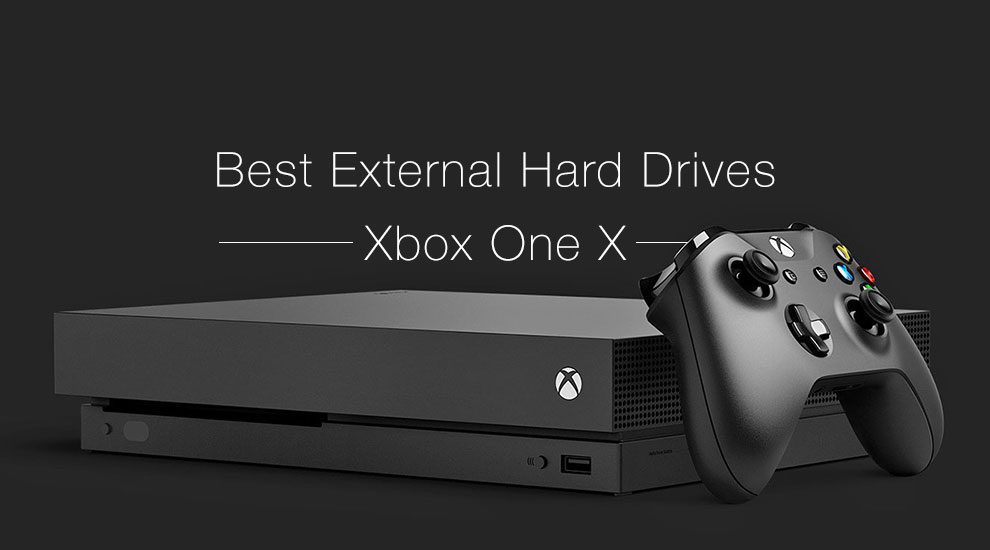 With the release of the Xbox One X right around the corner, now is the time to start thinking about what accessories you’ll need for the new console.

Microsoft has made it very easy to bring your various accessories from the original Xbox One to the Xbox One S, and now to the Xbox One X, so things like headsets, external hard drives, controllers, etc., are all “backwards compatible” and you’ll be able to use them for all Xbox consoles going forward. Of course, with a new console, most people are going to want to get some new fancy accessories anyways, even though their old ones will work.

Headsets and controllers aside, one of the major aspects of these new consoles is the external hard drive. The Xbox One X comes with 1 TB of hard drive space, which is a decent amount if you’re just a casual gamer who doesn’t plan on playing a lot of games, or doesn’t plan on downloading all of the free Games with Gold (which you should by the way). However, if you do plan on playing a lot of games, even if you don’t plan to go all digital, you should invest in an external hard drive for your Xbox One X.

What to Look for in an External Hard Drive

While any USB 3.0 external hard drive will work with the Xbox One X, here are a few things that we recommend looking for when purchasing one.

Hard Drive Capacity – The Xbox One X console itself comes with 1TB of hard drive space, so we highly recommend getting a hard drive with more space than this. Ideally we recommend a 4TB hard drive to ensure that you never run out of space for all the games you’re currently playing. A 4TB external hard drive comes in at a fair price, depending on which hard drive you get, so if you can swing the price tag, we highly recommend going with 4TB. However, if you want to save a few bucks, you can always pick up a 2TB drive.

Portability – Some people aren’t aware that there are different types of hard drives out there. Traditional external hard drives and portable external hard drives. The traditional type of external drive is usually fairly bulky and requires it’s own power supply, which means that if you go this route you’ll need to plug in another device into a power outlet. The only benefit of going this route is that they tend to be slightly cheaper, but honestly, it’s not worth the savings. Portable hard drives are small and pull their power directly from the USB port so they require a separate power supply. This makes it easy to place next to, or on top of, the console to keep it out of the way. All of the drives we recommend below are portable hard drives as we really see no reason to go the traditional route.

What is the Best External Hard Drive for the Xbox One X?

As I mentioned above, any USB 3.0 external hard drive will work with the Xbox One X, but we’ve compiled a list of a few of our favorite hard drives that you can choose from in order to ensure the best gaming experience on your console. 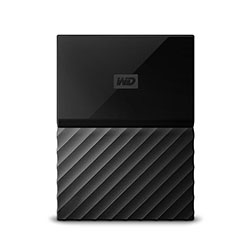 This has been my favorite hard drive for pretty much everything I do. I have at least 3 of these drives around my house right now, one of which is currently hooked up to my Xbox One, and has been since it’s launch back in 2013. It’s small, light, and portable, as well as being USB 3.0, so it fits all of the criteria for a great hard drive for the Xbox One X. Prices can vary depending on which size you choose to go with and, if you like this sort of thing, the Western Digital hard drive comes in a variety of colors. This is our #1 pick for external hard drives for the Xbox One X, as well as the Xbox One and Xbox One S. 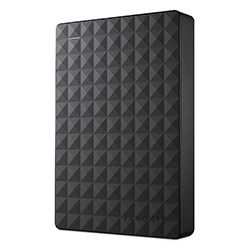 Slightly cheaper than the Western Digital drive above, the Seagate drive will perform just as well and provide ample storage space for all your Xbox One X games. I have owned many Seagate drives in the past, and have always recommended them to people in addition to the WD drives. This external hard drive is a portable USB 3.0 drive that will draw its power directly from the console and comes in 1TB, 2TB, and 4TB versions. TIf you’re looking for customizing options, in regards to color, you’re out of luck when it comes to this drive. This drive only comes in black, but will match your console perfectly if you choose to go this route. 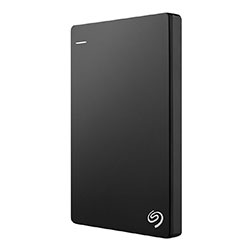 Yes, there are 2 Seagate drives on this list and they are both great drives, but I wanted to include the ‘Backup Plus’ model on here as well because it’s slightly cheaper than the ‘Expansion’ drive above, and it comes in a variety of colors. I know that even though I’m not a huge fan of customizing things like consoles, controllers, and even in-game characters/weapons, there are a lot of people out there that do love those things. So including another, cheaper, hard drive model on this list that allows for you to express yourself with different colors, was reason enough to include it. In regards to space for your games, this drive will provide you with everything the other Seagate drive above includes, but with a slightly cheaper price tag and different color options. So if you don’t want to spring for the Western Digital drive above, or you just don’t like the colors it offers, this is definitely a solid option as well. And, this one comes in a 5TB model as well if you think 4TB isn’t going to be enough.

With the introduction of 4K gaming and the need for more hard drive space, there’s no reason not to pick up an external hard drive to expand the available space on your Xbox One X. All three of the options above will serve you well and allow you to install a large amount of games before having to worry about uninstalling old ones to clear up space.

Some people think that you only need more hard drive space if you plan on downloading your Xbox One X games digitally, but that’s not the case anymore with these new consoles. Even with physical disc games, you still need to install the game on to the hard drive before you can start playing it. Yes, you still need the disc in the system in order to play, but all of the game files will reside on the hard drive of the console. The disc itself is just used to verify that you actually own the game, and none of the game data is actually being read off the disc while playing. So because of this, even physical games use a lot of space on your hard drive.

Digital games obviously download straight to the hard drive and don’t require any disc install, or disc inserted into the system, in order to play.

Many people don’t realize that even if you don’t decide to go all digital, that you still need ample hard drive space if you plan on playing a lot of games, and that is only more true now that the Xbox One X is utilizing 4K technology which will increase the size of the game files significantly.

As I briefly mentioned above, the upgrade to true 4K gaming with the Xbox One X means that the graphical assets associated with each game are going to require a lot more space. For example, the base install for Forza Motorsport 7 in 4k will be around 100GB. That’s not including any future DLC, or any add-ons for the game, that is strictly the standard version of the game, in 4K.

To put that in perspective, Halo 5’s base install was around 60GB and people thought that was extremely high for a game. Of course once you add in DLC and various patches, the overall size of the game install balloons up to over 100GB, but at least that wasn’t the initial download. So these games will take up a lot of space on your hard drive. The 1TB Xbox One X would hold about 10 Xbox One games, at that size, so it’s best to invest in an external hard drive to ensure that you never run out of space for all of your games.

However, any Xbox One game that you’ve purchased is always attached to your Xbox account/gamertag, so you don’t need to have all of your games installed at the same time. So if there are games that you’ve already finished and don’t think you’ll play in the near future, you can always uninstall them and reinstall them at a later date if you want to play through them again. The only thing you need to be aware of is that if you take advantage of the free Games with Gold each month, your games will remain attached to your account until you stop paying for Xbox Live.

So with all that being said, and how affordable hard drive space is these days, it only makes sense that you purchase a larger external hard drive for your Xbox One X.

We realize that we did not include any solid state drives (SSD) on this list and we did that on purpose. The performance gains of an SSD in regards to gaming on the Xbox One consoles isn’t really worth the extra cost for the same amount of space. The only thing you may notice a difference in is loading times, and even those won’t be significant enough to warrant the extra cost. So I recommend just sticking with one of the drives above, or any USB 3.0 drive, and spend the money you’d save on another game.