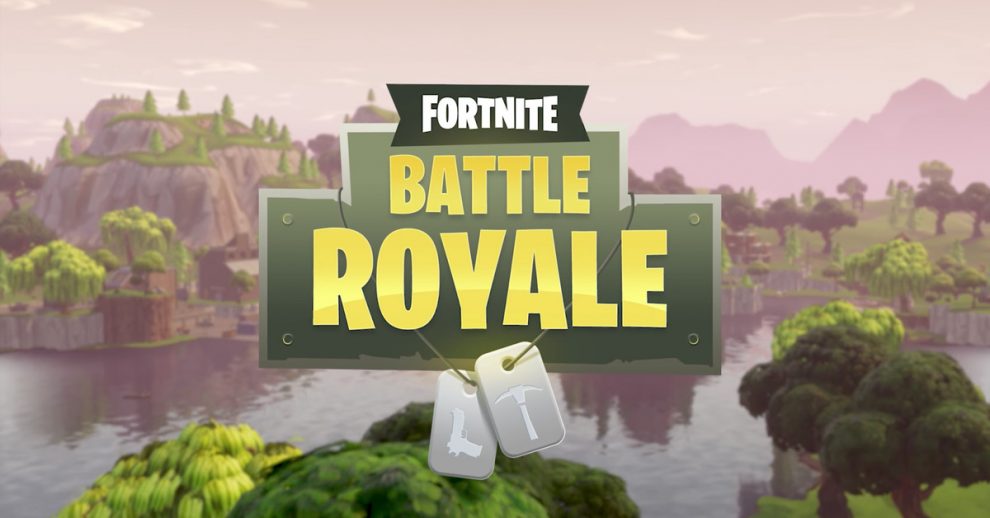 So I’m going to be completely honest here, I’ve never played PUBG, so I can’t really compare FortNite to PUBG, but I can tell you what I like about FortNite Battle Royale and what I don’t like. And then you can take that information and see how it stacks up to your experience within PlayerUnknown’s Battlegrounds.

If you’re not familiar with the battle royale game type that has been made extremely popular by PUBG, it’s basically a huge map free-for-all, with the last person standing as the winner. In FortNite, 100 players are dropped from a flying party bus into the map and are then tasked with finding weapons and power-ups that will help them survive until the very end.

In order to keep the game moving, a ‘storm’ comes in every few minutes and shrinks the playable area of the map so that it forces players to come together, instead of just having people hiding in corners the whole time. If you’re caught inside the storm as it closes in, you will slowly lose health until you make it back into the playable area.

I believe in PUBG the rate at which the map shrinks takes longer, where as in FortNite the map seems to shrink every 3-5 minutes depending on how far along in the round you are. This makes it so that games don’t drag on for hours, but at the same time gives you enough time to rummage through buildings and houses in order to find weapons and power-ups to help you as you encounter more enemies.

In addition to finding loot throughout the map, you can also chop down trees for wood, find metal, and other world elements that allow you to build forts, ramps, walls, and more. This is especially helpful when trying to locate chests and things like that. They aren’t always easily accessible via the normal routes, so the ability to build ramps up to higher areas is definitely unique to FortNite Battle Royale… since PUBG doesn’t have building.

In regards to weapons and power-ups and things of that nature, your weapons include pistols, rifles, shotguns, sniper rifles and rocket launchers. Rifles are definitely the way to go if you’re not comfortable with the sniper rifle. And if you just want to blow stuff up, find yourself a rocket launcher and go to town. Pretty much every structure in the world is destructible, so even if someone is hiding in a fort, you can easily blow them out of there with a well placed rocket.

In addition to weapons, you can also kill people using traps. You’ll find various traps hidden around the world just as you would with guns, only the traps can be set inside of houses and buildings to kill unsuspecting looters as they try to murder you. If you figure out where the map is going to converge on by the end of the round, setting traps in that area is a great way to grab some kills when people start to come together.

As for power-ups, the only one I believe is available is a shield potion. If you get one of these potions, drink it immediately. There’s no reason to wait to bump up your shield. It’s basically like giving you another health bar, so make sure you drink these up if you find them.

I’m a huge fan of shooters, mainly first-person shooters, but I do like the occasional 3rd person shooter (like Ghost Recon Wildlands). So while FortNite Battle Royale is not a first-person shooter, it’s familiar enough that I was easily able to pick it up and get right in to it. I don’t feel I’ve got all the strategy down quite yet, but I’ve managed to finish 6th place in one round which I think is pretty impressive.

Even though I’ve had some games where I get killed right away and other games where I last into the top 10, I’m having a hell of a lot of fun with this game. The matches are semi-quick, you can have your headset on but don’t have to talk with anyone since it’s every man/woman for themselves, and it’s a great game to stream on mixer or twitch.

There is even a squad mode where you can hook up with friends and play as a squad, against other squads, to see which squad is the last one standing. I haven’t had a chance to play that yet, but I’m hoping we can get a round or two of that going soon.

So if you’re on console and looking for something to tide you over until PUBG is released, I would definitely recommend giving FortNite Battle Royale a try. I mean, it’s 100% free to download and play so there’s really no reason not to at least try it.