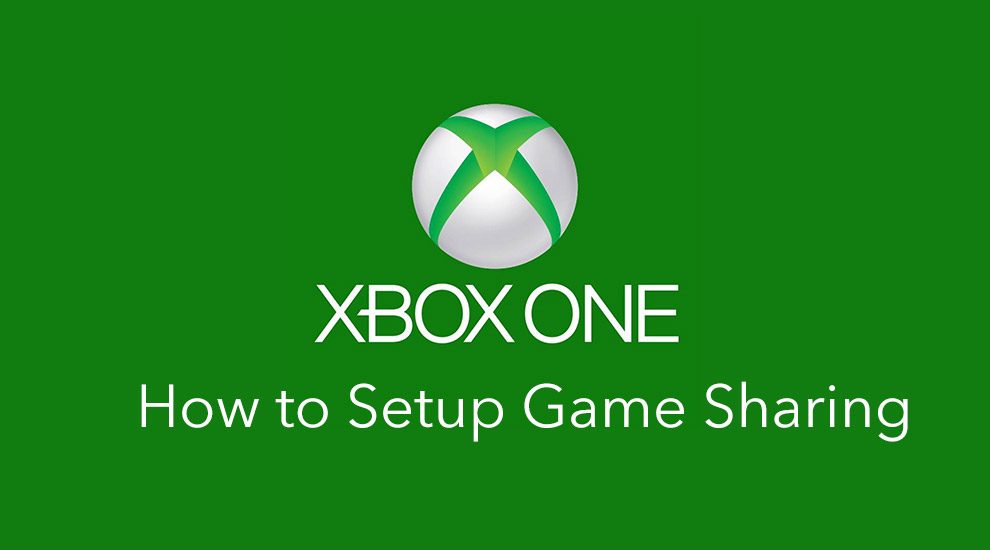 If you’re unaware by now, the Xbox One has this great feature that allows you to share digital versions of your games with other Xbox One’s in your household. The purpose of this is that if you have more than one Xbox One in your house, and you are buying your games digitally, you do not have to purchase multiple copies of the games for use on each of the two Xbox One consoles. These consoles can share the digital games as long as they are setup to do so… but it only works across two Xbox One’s at a time.

So while it is intended to allow digital games to be shared between consoles within the same household, there is nothing that restricts you from setting up Game Sharing with a friend that does not live with you… and here’s how to do it.

We definitely suggest upgrading your Xbox One’s hard drive to one of these Xbox One compatible external hard drives to ensure that you have enough space for all of the digital games you’re going to be purchasing. And you’ll probably want a quality headset since you and your buddy will now have all of the same games and can play together.

How to Setup Xbox One Game Sharing

Once you’ve setup everything outlined in the steps above you can download and install any of the games purchased by you and your friend to either console and you will be able to play it as if you purchased the game yourself.

Keep These Things in Mind

YES, you will still be able to play online on Xbox Live against one another using the same copy of a game that one of you purchased.

YES, you will be able to use your respective Gamertags and should never have to log back into the other account ever again. You can even go in to the other account when you are setting up Game Sharing and change all the security settings so you can’t accidentally purchase something or change something on your friend’s account. You can even change the password on your account if you’d like.

This only works across 2 Xbox One’s at a time, so you cannot then go and sign into a third Xbox and set it as your “Home Xbox”, it won’t work.

Make sure you maintain an Internet Connection when game sharing as your console will need to verify the game licenses in order for you to play them. If you disconnect from the internet, your games may not launch.

Game Sharing is meant to be used within your own household, so if you plan to Game Share with a friend outside of your home, make sure you absolutely trust this person. DO NOT agree to Game Share with random strangers over the internet.

Do you own a Playstation 4 instead of an Xbox One? No worries, here’s how you can setup game sharing on your PS4!

Now grab some cheap digital games and get sharing!

Update – a reader (Stephen) posted this comment below that we thought was worth discussing in case anyone else has this issue.

“I just want to point something out about this method that will not affect a lot of people, but might be something to consider. An account that has its Home Xbox set as a specific Xbox will share games/ Xbox live with any profile on that Xbox. If your Xbox is NOT set up as your Home Xbox, then only YOUR profile can access YOUR purchased games/ Xbox live. This will only affect people who have multiple users/profiles set up on their Xbox one. So lets say you purchased a game on your Xbox but it is not set up as your Home Xbox. Only your profile will be able to access this game on your Xbox but the console that is set as your Home Xbox will share with everybody on that Xbox console. So if you have kids that like to have their own Xbox accounts on a single console and you wish to game share, it is advisable that whichever profile is set up to have the Home Xbox set on that console purchase the games. This way all of their profiles can use the game. If you have purchased a game on your account and you want to have somebody else play with another profile on your Xbox console, your profile will need to be signed in as well the entire time to access your game if the console is not your Home Xbox.”