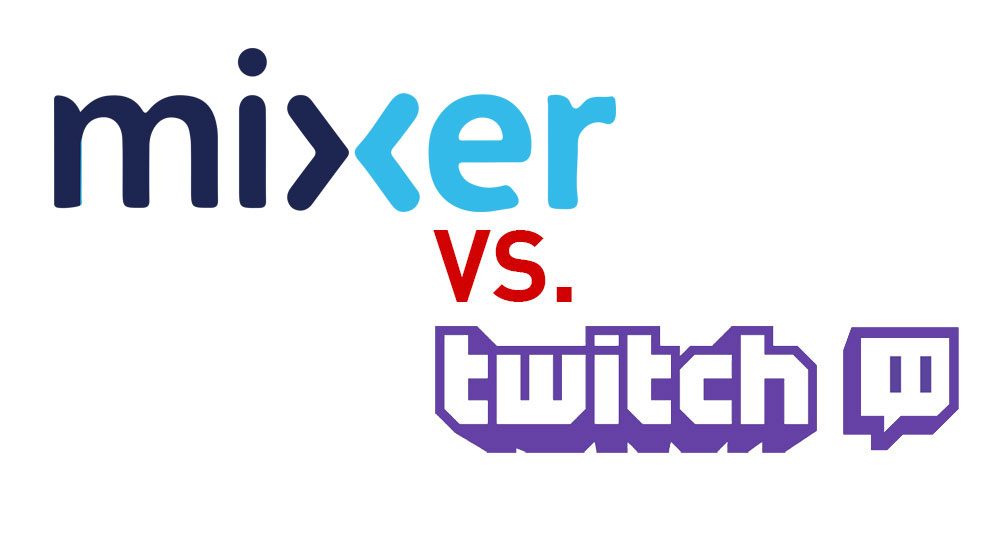 As part of the Xbox Preview Program (Xbox Insider, or whatever it’s called now), my Xbox One was recently received the Creators Update that is coming out later this year. The biggest changes are the fact that pushing the home button now brings up a side bar instead of taking you to the home dashboard, which allows you to more quickly switch between things and not get hung up when trying to double tap. It’s actually pretty convenient and a hell of a lot more responsive than the home button used to be, so I’m really digging that. In addition to that, there are a bunch of other updates, but the main one that jumps out to me at the moment is the integration of the streaming service Mixer (formerly known as Beam).

Microsoft purchased Mixer in August of last year and rumors quickly spread that it was going to push for integration with the Xbox One console in order to grow it’s user base. The streaming service is a pretty small fish in the water compared to services like Twitch and YouTube gaming, but honestly I kind of like it better than both of those and here’s why.

Mixer Streaming on Xbox One

Mixer Streaming will be built into the Xbox One console once your system receives the creators update. If you’re part of the preview program, then there’s a good chance you’ve already received the update. If not, you’ll get it when the update rolls out to every later this year.

The integration with the Xbox One is part of what has me thinking this might be where I stream more often, but that’s not the only reason. In order to stream the Mixer through the Xbox One, all you have to do is press the home button, which brings up to the sidebar, then scroll down to the broadcast section and hit broadcast now. You can turn on different settings like the microphone or the camera, or party chat integration. It’s all right there in one simple menu. No having to wait for the Twitch app to load up, etc., it’s basically instant. I will say though, if they integrated Twitch in the same way, that would be spectacular as well, for those that like to stream to the Twitch audience.

In regards to the audience, Twitch is definitely much larger. You can reach way more people, and gain a larger following if you’re streaming on Twitch as opposed to Mixer, but at the same time that can be a bad thing. Not the fact that you can grow your audience, obviously that’s the whole point of streaming, but the fact that there are so many streamers on Twitch it makes it hard to start out these days. You really need to stand out in the crowd in order to start building your following from scratch on Twitch, but I feel like since Mixer is so new, you have a better chance of getting some loyal viewers.

The most people I’ve seen watching a single stream on Mixer was the Halo Championships the other day, which had around 500 people viewing at once. That’s a drop in the hat compared to what some of these regular streamers on Twitch average on a regular basis… let alone a major competition stream. So clearly the numbers are on Twitch’s side, but what about the experience.

I honestly feel that Mixer’s website offers a much better experience when watching and interacting with a live stream. The site itself looks good, the stream quality is awesome, and the chat is instantaneous. Twitch definitely has lag in the chat which can lead to a slight disconnect between the streamer and the viewers, but Mixer’s chat is almost real-time when you send a message. It almost confused me the first time a streamer responded right away to my comment as I was so used to the lag within Twitch.

The other thing with the chat that I really like, is how Microsoft integrated the chat into the Xbox One as a semi-transparent overlay in the corner of the screen so you don’t need to have your phone out, or have the window snapped which takes up valuable real estate. So that is a nice way to make sure that you can interact with your viewers and still get the maximum amount of screen space out of your TV or monitor.

Another cool aspect to Mixer is the experience and sparks. While interacting with streams, watching streams, streaming yourself, etc. you are gaining experience points and sparks. Experience points help increase your level within Mixer that helps unlock certain features within the service. Sparks, while also allowing you to unlock various things, allows you to interact with certain streams on a different level. You can spend sparks to have pop-ups or voice overs appear on a live stream, and all sorts of different things. Twitch obviously has overlays and bot interactions that most streamers take advantage of, but Mixer takes that integration and allows you to set it up without the use of a 3rd party bot, which is pretty cool. And Mixer rewards you right within the platform, for watching and interacting with streams.

It’s these little things that I think sets Mixer ahead of Twitch in terms of interacting with the streamers and getting the most out of a stream. The chat thing is really a huge issue that Twitch needs to work on, and right now Mixer is destroying them on that front.

Obviously Twitch is still the leader when it comes to streaming games online, and who knows if Mixer will ever take off, even with the Microsoft integrations, but for now I feel that Mixer is doing some things right and I’m curious to see if it will grow once this new update hits more Xbox Consoles.

If you want to check out our Mixer stream feel free to follow us – http://mixer.com/type2gaming.

Have you guys tried Mixer? What do you think?