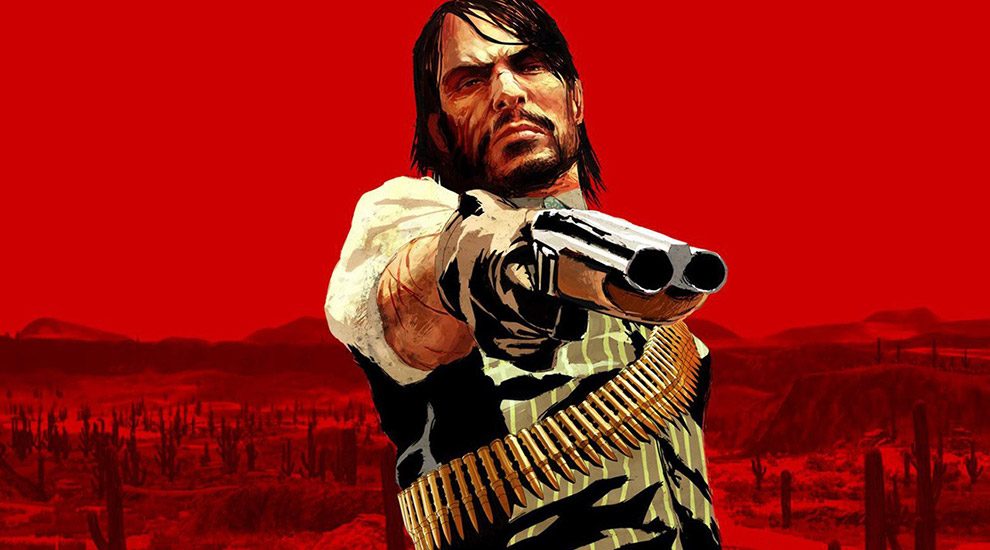 By popular demand the western classic, Red Dead Redemption is now backward compatible on the Xbox One. This means that if you have a physical copy of the game for the Xbox 360, you can just put the disc into your Xbox One and play. Or, if you purchased the digital version of the game, it will show up in your “Ready to Install” section and you can download and play the game on your Xbox One.

When Red Dead Redemption came out on the Xbox 360 in May of 2010, I bought into the hype and purchased the game on launch day. I knew that I wasn’t a huge fan of open world games, but I thought maybe the fact that this wasn’t just GTA, would make me like it a bit more. My main gripe with these open world games is that they are super repetitive. You drive, or in this case ride, to one place, kill some people or pick something up, then drive it to another place…. there’s not a whole lot of variety in the actual storyline gameplay. And unfortunately Red Dead Redemption wasn’t different enough to hold my interest for too long.

Despite having high hopes for something different, I got pretty bored with doing the same things over and over again, and having to ride across the entire map to get to where I needed to go. Because of this, I ended up selling the game about 2-weeks after I got it to try and recoup as much of the $60 as I could. I actually used to do this with a lot of games I would buy cause I would get them on launch day, finish the campaigns in a week, and have no desire to play the multiplayer, thus I would sell them for around $45 and move onto the next one. This is the exact reason I started using Gamefly as it saved me money in the long run instead of basically paying $15 to rent a new game for a week or two.

So anyways, once the rumors started flying that Red Dead Redemption was going to be coming to backwards compatibility on the Xbox One, I kind of wanted to give it another go. I just recently finished Just Cause 3, another open world game that was super repetitive, and I really enjoyed it. I also played all the way through Watch_Dogs on the Xbox One and enjoyed it, so I figured maybe I would like Red Dead a little more this time around.

Before it became official, there was a glitch that was allowing people to play the game on their Xbox One’s, so everyone knew that it was inevitable. Knowing that information, I decided to pick up the digital version when it was on sale a few months back for $7. This way it would just appear in my “Ready to Install” section when it finally was available, and I could just start playing… Also, I didn’t think it would ever be cheaper than $7 again, so it seemed worth it.

Not My Favorite Video Game

Once the game went live I was super excited to jump into it, but my excitement soon dissipated. I understand that the game starts off a bit slow, and there’s some tutorial missions right at the beginning to help you get up to speed with the controls and the gameplay, but after about 3-4 hours of play time, I’m already kind of bored with it.

I don’t know if it’s the fact that I spent the first hour or so just riding around on a horse trying to round up cattle and shoot rabbits, or if it’s the fact that I spent so much time just riding between the MacFarlane Ranch and Armadillo, but I just find myself being annoyed that I can’t just blaze through missions without having to travel between all these locations. While I understand that the traveling part of it adds a sense of size and realism to the world, it just annoys the hell out of me and I can’t remember if there’s fast travel or not? I know there’s the stage coach that will take you around, but at the time I wanted to take it, I didn’t have enough money for it, thus I had to ride my trusty steed all the way back to the next mission.

Either way though, I will continue to try and push through the game and finish it, in between Gamefly games and other new releases. These days I like knowing that when I purchase a game I get the most out of it and play it all the way through, so this will be no different, it just might take a while.

And if this is some precursor to Red Dead Redemption 2 coming out, I probably will not be purchasing that one when it’s released.

For $7 I’m not upset I bought this game at all, but I have a feeling it’s going to be one of those games that takes me a long time to get through, if I ever get through it in the first place. I know it’s a favorite of a lot of people out there, I just can’t get into it for some reason. I guess I’ll just stick with my FPS and racing games, unless I can get them off Gamefly.