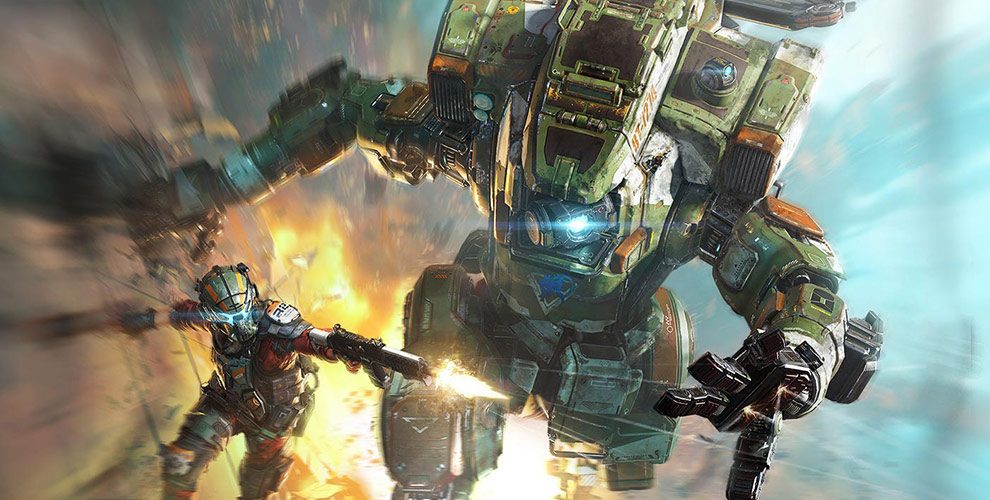 This past weekend concluded the two weekend long tech test for Titanfall 2 and despite an insanely busy schedule last weekend and this weekend, I still managed to get a few hours in with the game, so I think I have enough to give it a first impression rundown.

I am fully aware that this is a pre-alpha, unfinished build, of the game that was merely a way for Respawn to get a little feedback and make sure their servers can handle certain loads. There are definitely still some bugs in the game and I know they are still tweaking the gameplay a bit… they even tweaked it between weekend 1 and 2 of the tech test based on the feedback from gamers. So with that being said, I really enjoyed it.

The tech test gave you three options of gameplay to choose from. Pilot vs. Pilot is exactly what it sounds like, two teams of 6 (I believe), players run around and try to kill each other, without using Titans. Bounty Hunt which is two teams of five players killing off waves of enemies or something, I didn’t really play the Bounty Hunt mode. And the final mode was Amped Hardpoint, which is very similar to Hardpoint from the original Titanfall (or domination if you’re a Call of Duty player), but you now have the ability to “amp” the hardpoints to give you double the points. This is the mode that I played most of the time.

The first thing I noticed about the gameplay in Titanfall 2 was that it didn’t feel quite as fast paced as the original, at least in terms of pilot movement. It felt like your pilot runs a little slower, and the wall running and jumping were a bit clunky. I like the addition of the grappling hook, but I was expecting it to function like the grappling hook from the Just Cause games, but it doesn’t. I found it kind of annoying to use and maneuver with, so I eventually switched my technical weapon to the sonar spike instead. The sonar spike sends out a pulse that highlights enemies in the area for a few seconds… extremely helpful when playing hardpoint.

As far as everything else related to the pilots, it all felt very familiar. The assault rifle that I was using felt good, although I did not like the holographic sight that I put on it eventually. The grenade system is the same as it was in the previous game where it’s based on a meter that fills up, thus giving you essentially unlimited grenades. And the new “special” type weapon/ability thing is a nice addition. It kind of seems like it’s trying to take the place of the burn cards in a way. The one you start with gives you enhanced weapons after a certain amount of time and the other one gives you little robot guys called Ticks that run out and attack your enemies for you. Maybe it was just me, or maybe I was just confused, but I felt like the Ticks would end up coming after me shortly after I would throw them into an area… but it could have been enemy Ticks and I just didn’t realize, but they are fairly effective in hardpoint.

When it comes to the Titans, there are a few things that I don’t like, but for the most part everything felt very familiar. The Titans now have an extra  secondary type weapon like Trip Wires that they can throw out to cause damage to other Titans, so those are a nice addition, but I don’t know if I like the loadout system. Maybe it was just this version of the game, but I couldn’t figure out how to get the electric smoke secondary weapon so that I could kill pilots that were rodeoing me. And speaking of rodeoing, they’ve made some significant changes to that when you’re a pilot trying to take down a Titan. In the previous game you would rodeo a Titan, quickly rip off the protective shielding and then start blasting away at the inner workings of the Titan. Now, you have to jump on the Titan, unscrew this area in the back, that seems to take forever, pull a grenade, and drop it in the hole… It takes way longer to start doing damage on a Titan as a pilot than it used to, to the point where I never once took down a Titan as a pilot (but I didn’t try too hard after I knew how long it took).

I did also see some people complaining about how long it took for you to physically enter your Titan, which I didn’t see as an issue, and Respawn did listen to the community and made it so that acquiring your Titan was based on time as well as kills, instead of just being a type of killstreak reward, so that felt good to me.

In terms of level design, I didn’t see any glaring issues with any of the maps. I’m sure there will be some tweaks and stuff to the design, and obviously there will be a lot more maps in the final game, but I was happy with what I experienced in terms of maps in the tech test.

As for the game modes, as I said, I only really played Amped Hardpoint, and the addition of the ability to “amp” a hardpoint really keeps the games interesting. I don’t think a lot of people knew how to use the “amping” to their advantage, so I was easily able to lead my team to victory, and score the most points on both teams, in every game I played, by defending one of point the entire game. As long as the other players on my team could keep taking back point B, then we would always win. I think once people figure out the strategy for this new addition to hardpoint, the games will be a little less one-sided, but I was having a good time getting the wins.

So overall I’m still happy that I pre-ordered Titanfall 2 and look forward to playing another faster paced FPS in a couple months. Currently it’s just all Rainbow Six Siege all the time, so this will give me a nice break from the slow-paced strategy that is Siege.