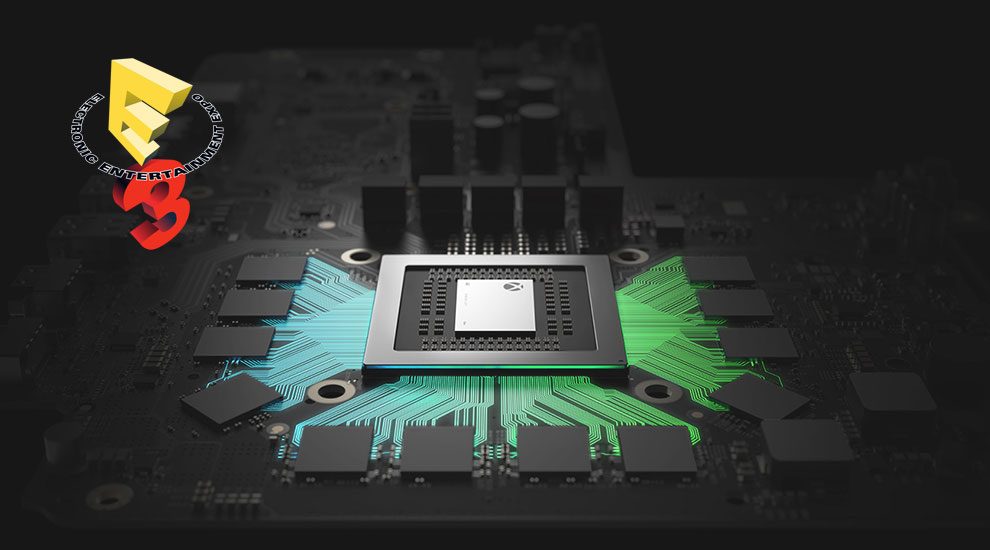 E3 began this past weekend and Microsoft started things off with a bang. Xbox One X, previously known as Project Scorpio, was officially unveiled and is set to release on November 7, 2017 with a price tag of $499. It’s definitely a beast of a console, but if you’re not ready to upgrade yet, no worries, you don’t have to. Games coming out will also work on the Xbox One and Xbox One S, and of course all your older games will work on the Xbox One X if you choose to upgrade.

The Xbox One X is really for those gamers that are looking for a super-powerful console that rivals a gaming PC, but maybe don’t want to spend the money on a gaming PC, or deal with the nuances and things that come from having a gaming PC. I recently built a PC powerful enough for high quality gaming, but I still find myself playing the Xbox One instead, so it’s really just your preference.

In terms of the price point, a lot of people are impressed that such a powerful machine is only $500, but there are a lot of other people out there asking why anyone would buy a console for $500, when they can buy a gaming PC… Well, as I said above, playing games on a PC isn’t as convenient as a console. Yes, it’s definitely better than it used to be, but with new graphics cards coming out every year, new hardware, developers creating games to run well on only the best of hardware, it’s a little annoying. I would rather know that when I buy a game that I’m going to be able to play it to it’s full ability on the console (I know the PC versions will always look a bit better). And as for the $500 price tag, that’s exactly what I paid for my original Xbox One on launch date, so I don’t see it as a big deal… You pay more money for your cell phone every two years, unless you’re getting an old model… and yes, even if you wait and get a subsidized cell phone, you don’t realize that your monthly bill is more money so your carrier can make up the money they are losing on the phone… Or, if you’re on a phone lease plan, you end up paying almost full price for the phone anyways.

So that was the big announcement from Microsoft, but they did premiere a number of game trailers as well which we’ve included below for you to check out. Personally I’m pretty excited for Crackdown 3 coming out in November, and PlayerUnknown’s Battlegrounds looks pretty cool as well as The Darwin Project, as long as they are done right.

We’ll try to keep up with all the other information coming out of E3 this week, but we want to know what you guys are excited for, or what your thoughts are on the Xbox One X. Let us know in the comments.

Oh and Microsoft is also bringing original Xbox games to backwards compatibility this year, which is awesome. Not having to worry about losing the ability to play your old games as you upgrade through console generations is a huge, huge, advantage that Xbox has over the Playstation at this point, but I’m curious if Sony will make a backwards compatibility announcement this week… we’ll find out today.

And now, here are all of Microsoft’s game trailers from E3 2017.

All the Games Montage

Ori and the Will of the Wisps

Life is Strange: Before the Storm