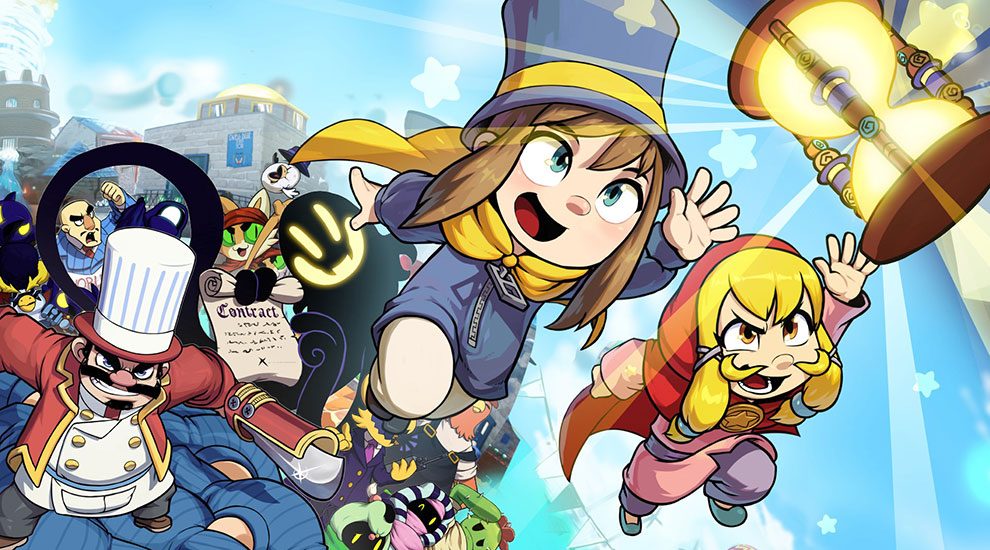 It feels like casual gaming has been neglected in the past few years in favor of courting the more hardcore audience. No, I’m not talking about Grande Vegas online casino USA games either (although SOME AAA companies will take just as much money from you).

You either get the “default” games from companies like Ubisoft, whose open-world RPGs are so bland they may very well be created in a mad-lib session, or you get companies like EA that exploit every nickel and dime out of the consumer through predatory practices or rerelease the same exact game every year with a new number bolted to the end of the title.

Luckily, there’s always the indie market, and lo and behold, it provided exactly what I wanted: A Hat in Time.

After I saw how positively this game was reviewed, I immediately bought it when I realized that it had local coop – a game option that’s quite often lacking from many recent titles in favor of online play. Personally, I hate having to have to buy a game twice in order to enjoy a game with friends and family.

A Hat in Time is an amazing experience to play even with someone young. Unlike in Mario Odyssey, the coop player is not relegated to having half the gameplay, and with the split-screen feature, both players can go off on their own without hindering the other. No one gets frustrated, and the game plays smoothly for everyone.

The core gameplay is designed around 3d platforming. The simple enough jumping mechanic is cleverly designed so that soon the player is bouncing off the floor, walls, enemies, balloons- in short, one mechanic with a huge variety of uses with a small skill curve.

In addition, you can unlock a variety of powers via hats, and then modify your skillsets with badges you can wear to the hats. All these combinations of hats, badges, and the subsequent abilities unlock more and more platforming options and possibilities, so as you unlock more stuff, the game opens up more and more.

While this is designed to be a kid’s game, don’t think you’ll just breeze through it. You don’t need to be a hardcore Korean eSports player to get everything this game has to offer, but it’s not a pushover either. The game will suddenly pull out some exasperating and tough platforming sections, and surprisingly difficult boss fights to put you back on guard. And if you’re just interested in a nice, chill experience, the most tedious of these challenges are usually left as optional.

It’s not Shakespeare (thankfully), but the story serves its purpose by encouraging the gameplay and giving a wholesome context to the game’s events.

For what it’s worth, our hero, Hat-Girl, is flying through the galaxy in her spaceship when a tragic accident flings all of her ship’s fuel throughout the solar system. Her fuel rods, naturally, are hourglasses that contain little more than the raw power of time and space within. Naturally.

Each of the planets in the solar system provides a theme for several levels and a new mechanic. The first planet is ruled the mafia, followed with a giant movie studio run by birds, and then surreal horror in a dark spooky forest for some reason. Then you fight an outhouse, and the whole tension breaks. It’s fun, adorable, and completely wholesome.

However, as in nearly all 3d platformers, the greatest enemy can sometimes be the in-game camera. The camera in this game is designed to predict where you need to be looking and will adjust itself accordingly. And it works… 90% of the time.

In order to ensure that the player knows where to go, the camera sometimes locks in a direction, and it’s really quite jarring. Meanwhile, the camera is horrible in cramped locations, where you spend all your time trying to identify where the player needs to go. Instead of being helpful, it’s a hinderance.

To the game’s credit, however, these moments are few and far between and don’t ruin the overall experience.

The game runs smoothly… most of the time. The game rarely lagged, if ever, but I did encounter four crashes. In fact, the game was consistently crashing at the windmill level (A specific area on World 4). I didn’t really find anyone else complaining about this online, but it kept happening if I spent enough time in that one area. The game crashed literally nowhere else, so I wouldn’t call it game-breaking, but I wouldn’t be doing my job if I didn’t mention it.

Final Score: 9/10 An amazing coop experience, A Hat in Time has solid gameplay and an adorable story full of creative and funny characters

Should Riot Have Saved Twisted Treeline?
Review of the Lego Games
Comment