The popular party game “Apples to Apples” has finally made it’s way to the video game console and it’s a little different than what we were expecting, but at the same time, very familiar. For those of you that are unfamiliar with “Apples to Apples” it’s a card based game where you have to know the personality of the people you’re playing with. How it works is there are green cards and red cards, the green cards contain a word and it’s “definition” while the red cards contain nouns (for the most part, I’m not sure if there’s anything else). One person each round flips over a green card from the main deck, while all of the other plays have a handful of red cards in their hands. Each player, aside from the one that flipped the green card, must choose a card from their hand that they feel best matches the word on the green card. It’s then up to the person who flipped the green card to decide which one best fits that word, and who ever threw that red card is the winner for that round. It’s an extremely simple concept, but it can become a lot of fun.

When I first heard that THQ was going to be releasing this game on the consoles I knew I had to have it, and thankfully they were nice enough to hook us up with a review code for the game. Now I’m sure you’re asking yourself the same question I was asking myself, how is the single player going to work when the game is clearly designed for multiple people. It actually turned out to be a cool way to do things. Essentially it’s like “Apples to Apples” meets “Boggle”. Each round there is a different AI character that you’re playing against. These AI characters are the ones that will be selecting which red card wins. The way it works is that a green card is turned over while a grid of letters is displayed in the center, 3 green cards are then displayed on the screen and you have to decide which one you think that particular AI character would have chosen and you have to spell it out in the grid of letters. It’s very similar to Boggle in the sense that each letter you select must be touching the previous letter. The rounds start off pretty easy with the green cards having the words on them that you have to spell out in the grid, but as you progress, the words disappear from the cards and you have to figure out what words you’re looking for in the grid.

While the single player mode is a creative twist on the game itself, it’s extremely short and not that difficult. I was able to blaze through all of the rounds in about 30 minutes, and that’s even with getting stuck on a few words. I think you’ll be disappointed if you buy this game for the single player alone, but the multiplayer is where this game shines as it’s exactly like the board game, just over the internet. 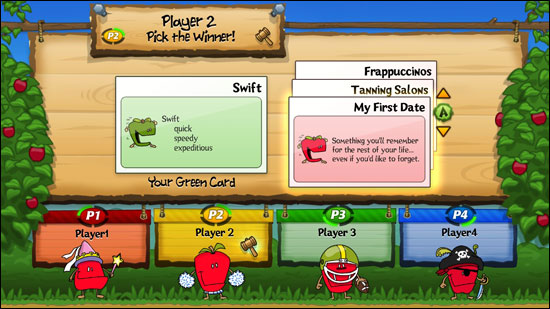 You can play the multiplayer on Xbox Live or Locally, but I didn’t have any other friend around to play locally so I only got to try out the Xbox Live version. Once in a game it’s exactly like the board game. One person chooses a green card from the deck and the others have to select a red card that they think that person will choose as most like the green card. It continues like this round after round until someone wins. It may sound kind of boring, but if you get into a lobby with a good group of people that all have mics it can be pretty entertaining.

So if you’re a fan of the board game and find yourself wanting to play when you don’t have friends over, this is a great way to supplement that urge. The game can be found right now in the Xbox Live Marketplace for 800 Microsoft points and on the PS3 on December 20th. 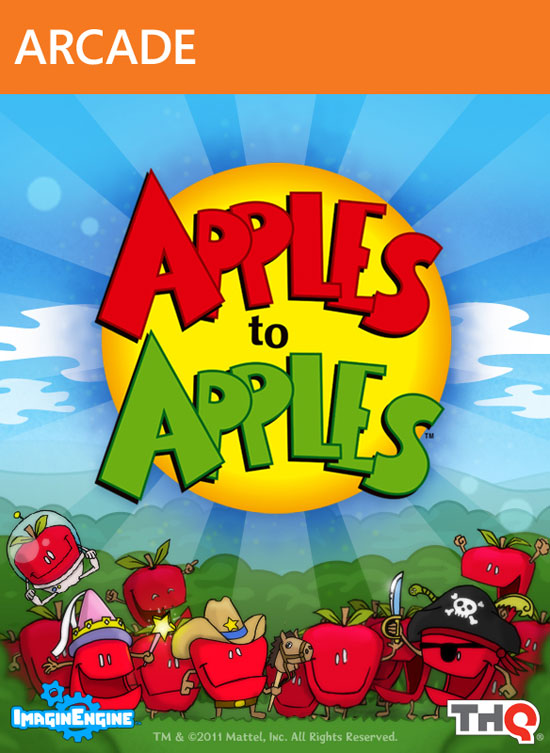