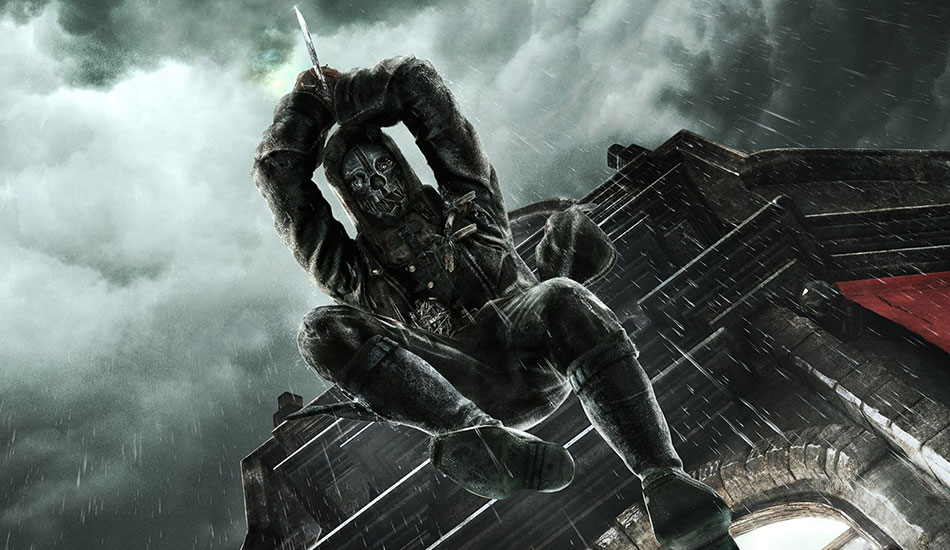 I’ve been playing through my backlog of games a little bit recently which is why you might notice some reviews of older games popping up here. I recently finished GTA V and then moved on to Dishonored, which was recommended to me by a friend. I didn’t know much about the game other than what I’d seen watching the clips that he had sent over, but it seemed like it could be entertaining… or at least entertaining enough to drop $10 on the definitive edition.

Dishonored follows Corvo, the former bodyguard of the Empress. When she is brutally murdered upon Corvo’s return, he is framed for her death which sends him into the arms of the loyalists who believe he’s innocent. The game then sends you on a variety of different assassination missions throughout the world, as you attempt to clear your name and restore power to the rightful heir to the throne.

The game is a first person game that relies on stealth and violence to progress the story. Essentially you can play the game a multitude of ways, whether you want to sneak across the rooftops and through buildings trying to avoid detection, or just run in balls-to-the-wall and try to murder everyone that comes at you. I chose to play the game with sort of a mix of the two. I found it much better to try and stealthily take out the majority of the guards throughout the world, but sometimes an alarm trip was unavoidable, and would then bring in a ton of dudes armed with swords and guns.

The combat system and the gameplay are the best part of this game. The story itself was just kinda ‘meh’ for me, although, honestly, most of the time I don’t give a shit about the story, I prefer good gameplay over good story (not in call cases though). For the majority of the game, Corvo is armed with a sword, a crossbow (with both lethal darts and sleeping darts), and a gun; these are his main attack weapons. You can also find sort of a barb wire-claymore device that is tripped when an enemy walks near it, as well as grenades, but I rarely used those until those damn plant things near the end.

In addition to the weapons that Corvo has at his disposal, he is also granted special powers by some dude… I don’t know who he is or where he came from, all I know is that he burnt some sort of emblem into Corvo’s hand and all of a sudden he could teleport, stop time, see through walls, possess people, and more… and it was awesome.

I stuck mainly to the teleportation and the stopping of time powers, but the other ones seemed like they could probably be cool… I guess. I never did find enough runes to upgrade the stopping of time power to the next level, so I was merely able to slow time down. But if you collect enough runes, you can level up the various magical powers that you have and make them more powerful.

Between the powers, the stealth, and the action elements of the game, I really enjoyed it… a lot more than I thought I was going to actually. It’s definitely made me consider picking up Dishonored 2 once it hits the bargain bin, but I can’t justify picking it up now when I still have so many other games to play through. But if you’re looking for something that’s not terribly long (it can be super long if you seek out all the hidden stuff), and has a unique style of gameplay and semi-open worldness that kept it interesting compared to most of the other games as of late, then I would highly recommend picking this one up. I mean, if you haven’t played the first one yet, it’s always on sale in the Microsoft Store, so there’s no reason not to give it a try.