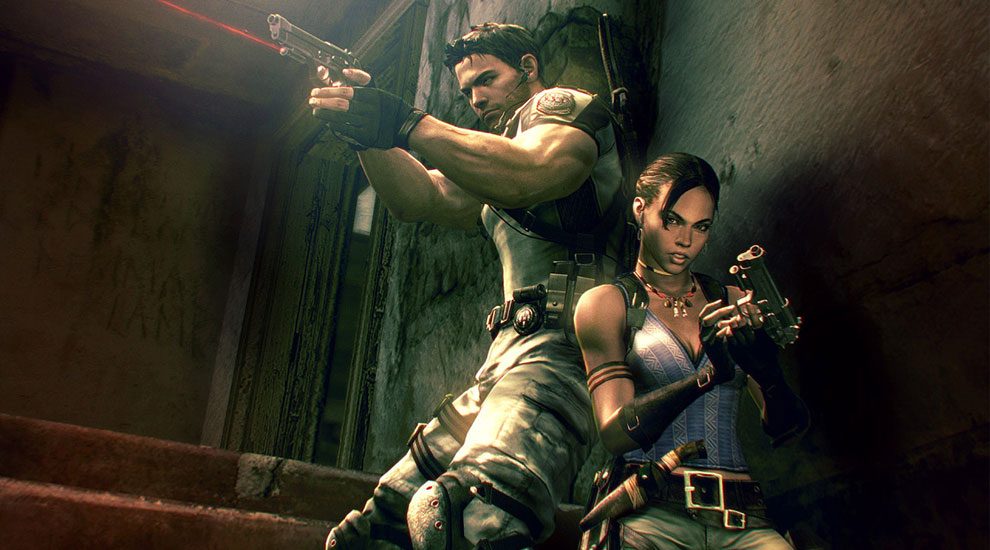 Up until yesterday I hadn’t planned on buying Resident Evil 5 (xbox 360) as I never really got into any of them after the first, and even that one annoyed me. So why did I change my mind? Well for one, I had nothing to play. I spent the weekend finally finishing Need for Speed: Undercover, which I really enjoyed and that was the last game I had that I hadn’t finished… Well besides Shaun White which is terrible and wasn’t worth the $20 I paid for it.

With all the good reviews of RE5 I figured maybe it was worth checking out. Hopefully they fixed some of the things I remembered hating about the first one… I was kind of right. The graphics are amazing, no doubt about that, and so far the story is pretty good. I’m not that far into it yet so I won’t comment on the actual story/plot too much, but so far so good… but have they changed the save system?

They have!! Granted this was probably changed way before part 5, but all I could remember was having to carry around an ink ribbon for a fucking typewriter that was halfway through the stage. It was almost as bad as dead risings save system, I couldn’t stand it. And the fact that you could barely carry anything so the ink ribbon took up a valuable spot in your inventory. Well luckily now there are checkpoints throughout the chapters that automatically saves for you, thank god.

My last 2 complaints kind of go hand in hand and they are still prevalent in RE5 just as they were in the original. Give me more god damn bullets! I understand it makes the game more realistic and suspenseful, but come on. I end up standing there slicing through the air with my machette more than shooting my gun. Which leads into my biggest gripe with the game, how come you can’t walk when you’re slicing or shooting? If I was being attacked zombies I sure as hell wouldn’t just stand there shooting while the zombies walked right up to me. Same thing with the slicing. I would slice and move in real life where as in the game I just stand there slicing while the zombies just walk into my knife. It reminds me of that Simpson’s episode where homer is opening and closing his mouth near a pie while moving forward and he claims that he didn’t eat the pie, he just happen to be making that motion with his mouth and the pie ended up there… Why is it so hard to let the dude walk while slicing and shooting?

Maybe I just don’t understand the reasoning behind it, but it seems stupid. But other than that I’m enjoying the game so far and I’m sure I’ll play through it and enjoy it, I just still have these minor gripes with the gameplay, but I’ll get over them. I still have yet to try out the co-op stuff which looks really cool.

Anyone else playing this right now? What do you think?