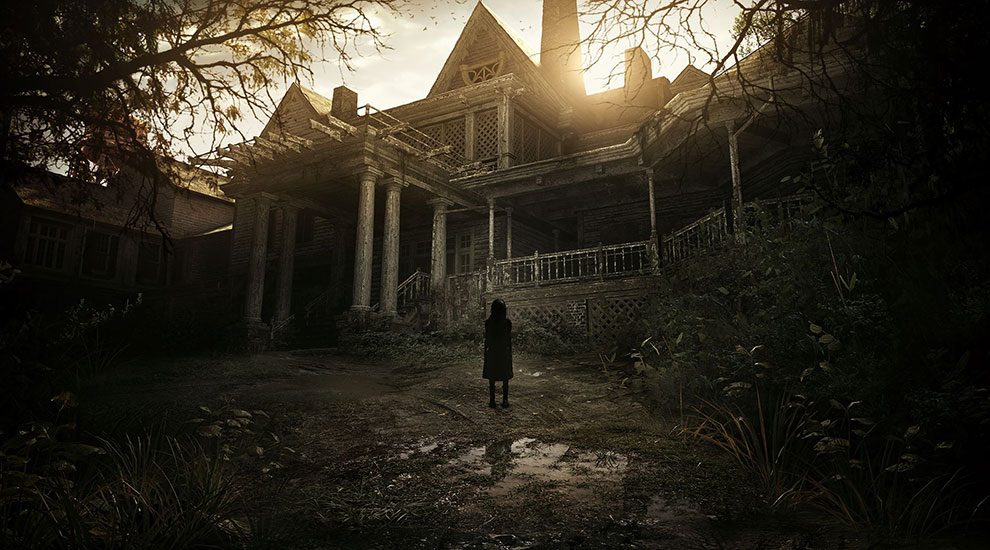 I know Resident Evil 7 has been out for a while now, but after it landed on sale last time, we finally picked it up and gave it a play through, and honestly, I’m not sure why I waited to long to play it.

I played through the demo that came out prior to the games official release and I really enjoyed it. I felt like it was bringing Resident Evil back to it’s roots in that slower paced, creepy, jump-scare way that made the original Resident Evil so good. I mean, who could forget those dogs jumping through the windows in the first one… that is a moment that will live with me for the rest of my life. And that same feeling I got from that first installment in the franchise, is kind of what I felt when I played through the Resident Evil 7 Biohazard demo… which gives you a look at the beginning of the full game itself.

Resident Evil 7 Biohazard starts you off as a guy named Ethan who is in search of his wife Mia after she goes missing. After a few years of searching Mia reaches out and points him towards this run down farmhouse out in the swamp. Upon arriving at the farmhouse, Ethan finds that something strange is going on there and things aren’t quite what they seem.

You start the game by slowly working your way through the dark farmhouse with only a flashlight. I had to move the Xbox One out of the basement and upstairs, and turn on all the lights in order to play through this beginning part. The atmosphere that the game sets right from the get-go is incredibly creepy. Walking around that house with only a flashlight as you search for Mia, is probably one of the creepiest moments in any game that I’ve played. The suspense was there at every turn, as you didn’t know whether something was going to jump out at you, or if there was going to be someone standing there waiting for you… you just never knew what was going to happen, and I loved every second of it.

After a bit of searching, you quickly find Mia locked in the basement and then you start your escape…

I’m not going to give away the entire plot because there are a bunch of twists and turns that I think are better left up to the player and not spoiled by some review.

Overall I thought the gameplay was really good. Like I said, it goes back to what I remembered from the Resident Evil games instead of the more action packed, gunslinging installments later in the series. Back is the old save system with the tape recorders, the severe lack of ammo when you need it, and the need to run and hide instead of just facing things head on. The way the game played throughout the entire story was perfect in my opinion. There was a good mix of creepy moments, interesting puzzles that were easy at times, but difficult enough at others. There were plenty of jump scares and fucked up bosses to battle, and lots of weird monsters roaming around that were super annoying to kill before you have the shotgun.

My only gripe with the gameplay really was the controls themselves. I’m so used to fast paced first-person shooter games, that the 3rd person, slow aiming, felt way off to me, but once you play for a while you will get used to it and it won’t be so bad. It was a bit difficult to maintain constant head shots while using the pistol because I couldn’t get the aim down from the beginning, but once you get that shotgun it’s like a whole new game.

Take your time getting used to the way the game handles and don’t go back to your fast paced shooters in-between sit downs with this one, it’ll really throw you off.

In addition to being impressed with the game itself, I was also super impressed with the way the game looks. You really get pulled into this supernatural world because of the fact that everything looks so real. I definitely felt like I was in the farmhouse at night, by myself, with only a flashlight, exploring the unknown. It was way more immersive than any other game I’ve played in recent memory and I’m extremely jealous of anyone that got to play through it in VR.

I don’t know how much more I can gush about this game, so I’m just going to end this review now. It really was that good, probably one of the best single player games I’ve played in the last 5 or so years. So if you’ve been on the fence about it, and you like the Resident Evil series, I highly suggest picking it up. It’s definitely worth the price on Amazon these days, and definitely worth a play through. If you’re not a fan of the Resident Evil series, or 3rd person games like this, then you probably won’t care for it, but I enjoyed every minute of it and can’t wait to see what they do with Resident Evil 8!