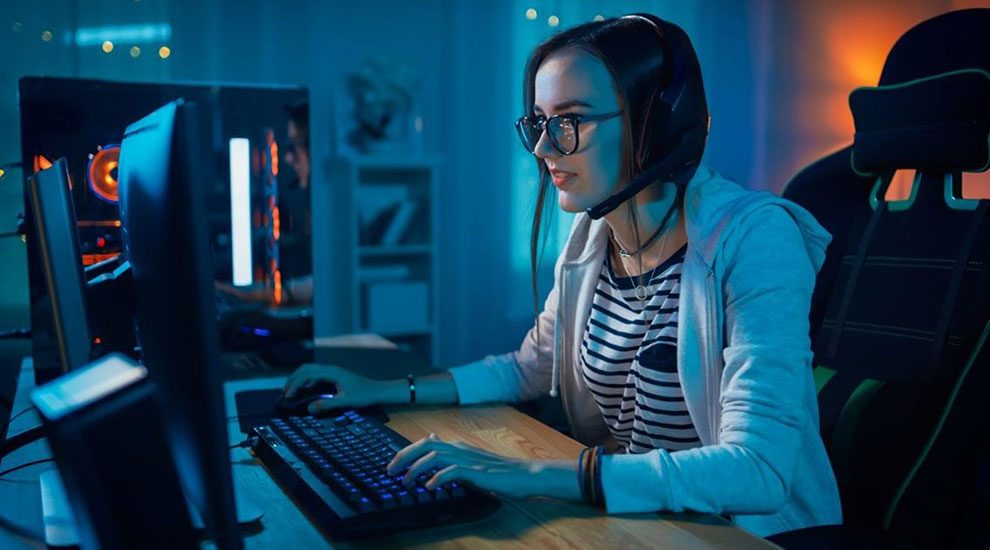 Gaming has become a medium not only for developers to express themselves, but also for gamers to delve themselves into a unique universe and picture themselves into their own chosen world. Thankfully, the world of gaming is slowly becoming less taboo than the ‘waste of time’ that many had labelled the industry a mere decade ago, and this is the fruit of the incredible range of gaming experiences that are actually accessible. It is no secret that the gaming industry is worth more than the film one, and a huge part of this is the interaction that a movie lacks. This interaction is what makes a game unique, and although not every game is made for everyone, there are some experiences which one should make, regardless of genre. This is why I have made this list of 5 gaming experiences (and not necessarily titles) that every gamer should try.

First of the list would be one of my favourite genres, the JRPG games. Japanese Role-Playing Games have identified themselves as an incredible adventure both in gameplay mechanics and in storytelling, as the Final Fantasy series is the worthiest advocate of the bunch. There are plenty of titles in this genre, with the dominant portion being a turn-based combat RPG model like the Final Fantasies of old. The recent shift to more active-time combat was because of how adventure titles with hype combat like Devil May Cry or Bayonetta were stealing the spotlight from JRPGs. Ironically, turn-based combat is returning a little to fame recently, as there are so little mainstream titles that the genre is not as saturated as it was in the early 2000s. My recommendation for trying out a JRPG game is the recently released Final Fantasy VII Remake, as it is the perfect example of amazing gameplay mechanics, various RPG elements to fine tune and increase your character’s ability and captivating storytelling which will not let you put your controller down until you reach the end credits. Another excellent candidate of a JRPG you have to try is Final Fantasy X, which is in the mentioned turn-based combat system. FFX is one of the most acclaimed titles in the series, and after playing it one will realise why; its story and gameplay are really fun and engrossing, and the vast cast of the game definitely aid the appreciation of the game.

Second on the list would be the Souls-like games. Unsurprisingly, these are the games which have been inspired from From Software’s Souls series, which span Demon Souls, Dark Souls Trilogy and Bloodborne. One can also include the PS5 Remake of Demon Souls on this list, but with so limited stock it is wise to assume that not everyone has access to one, myself included. Souls like games are an incredible test of patience and resolve, as they really are as difficult as they come. Quoting a friend of mine, “Dark Souls is incredibly rewarding as I know that if I died, it was due to a mistake of mine” which basically puts into perspective how much the game feels “fair” in the sense that it forces you to make as few mistakes as possible in order to proceed. These games are renowned for their unforgiveness, meaning a slight mistake will cost you your life. That said, it is an experience which I recommend wholeheartedly, as games like this give an incredible sense of satisfaction and reward with progress. My suggestion as an entry point would be this year’s hit Mortal Shell, which embraces its inspiration from Souls franchise so well that it feels almost like a prequel or a sequel of From Software’s best-selling titles. It keeps the game fresh by introducing new mechanics to give the game its own unique personality, while retaining the properties which make a souls game so fun to play.

Gaming Experience Number 3 is definitely the Battle Royale genre, the gaming genre which has taken the world by storm ever since DayZ and more prominently Player Unknown’s BattleGrounds a couple of years ago. There is nothing too deep in the battle royale genre, except that it is a first-person shooter game with a twist. You’re on a piece of land with a number, generally 100 or beyond, of other players, and your goal is to be the last man standing. You start without equipment, but this will not pose a problem as there are loot boxes scattered all around the map, so gearing up will be the least of your worries. This game requires tactical knowledge of FPS-games as well as studying of your own surroundings, to be able to last as much as possible inside this unforgiving game mode. I used to be a downplayer of the genre honestly, but after giving it a try I am now someone who will in fact recommend you play a similar game. Battle Royales are that big; making up a huge portion of esports pick action, that thousands of people around the world both watch and occasionally bet on. A quick search will show you some of the best esports picks you can find, although, it does all come down to personal preference. The best entry point into these games is Call of Duty: Warzone, which is FREE to download for PC, Xbox and PlayStation AND features cross-play, so that you can play together with your friends, no matter what device you game on. The only downside of Warzone is the enormous download size, reaching over 200GB as we speak in game and updates so far. If you have the space, it is definitely worth a go.

Fourth on the list would be Platforming Rogue-lite titles. Rogue-lites have always been an interesting genre, in that you get closer to beating the game by actually not beating it. This is because with each playthrough you unlock or learn something new which helps you progress further than your last attempt. Rogue-lite games are in theory procedurally generated levels, meaning you will never get the same experience twice. This means that the items or mechanics acquired in your previous runs will serve you to beat a particular situation which could not always face you in that level. The idea of it all is really addicting in practice, as you get the urge to persevere and keep on trying until you manage to beat the level. Two games sprout to mind when talking about rogue-lite games: 2019 smash hit Dead Cells, and Golden Joysticks Indie game of the year Hades. Both games have a heavy focus on carrying knowledge and upgrades into your following runs, but while Hades has a constant which is the weapon, Dead Cells will have your whole repertoire reset upon death. The ideology of level design is similar but their gameplay are totally different, and I honestly recommend both as they are two of my favourite games ever.

Last but not least is the Fighting Game genre. As a hardcore Tekken fan, I could not avoid mentioning this genre, but understandably not everyone is elitist about fighting games. My first experiences with Tekken were all about mashing, and that is totally fine if you are going casually about it. It definitely is fun when you are at a party and you sit down with a couple friends and go rounds at Tekken or any fighting game really, as ironically you have much more fun when your game knowledge is non-existent, as that way you will not care a lot whether you win or lose; having a good time is what matters most. Street Fighter, Mortal Kombat or any other fighting game hits the spot perfectly, so there are a lot of entry points into Fighting Games. Who knows, maybe a couple of bouts mindlessly pressing buttons will get you interested so much that you will actually study a fighting game and keep playing it for a long while. I know I did!

Basically these are five gaming experiences which I sincerely recommend to anyone serious enough about games. There are countless other titles which are worth a mention, but to keep it short and concise, the above ones are the core basics one must try, one time or another.