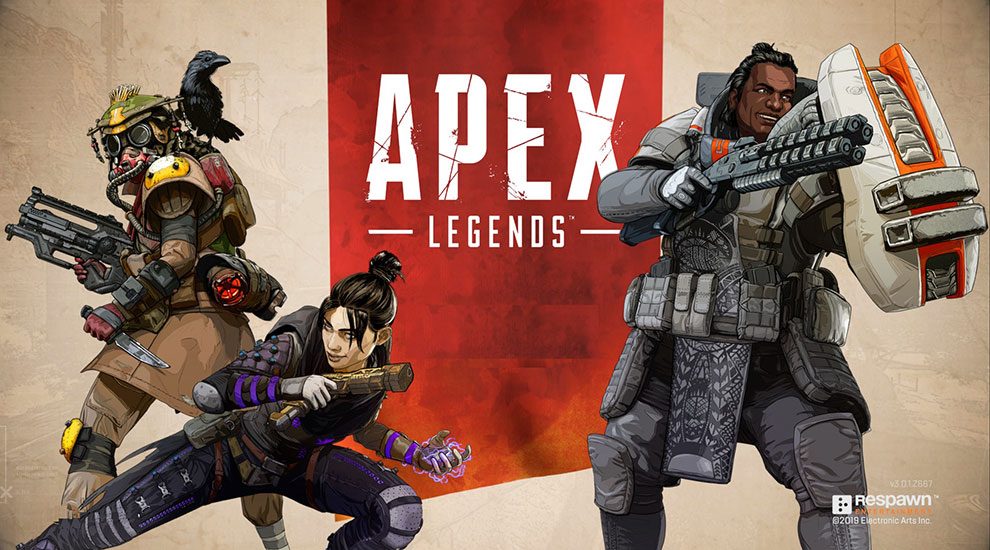 Sorry PUBG, I don’t have enough experience with you to add you to the comparison list.

So now that Apex Legends has been out for a couple weeks and I’ve had a chance to really dive in and play it a bunch, I wanted to give my opinions on the game itself, and compare it to the other more popular battle royale type games on the market today.

For those unfamiliar with Apex Legends, it’s a battle royale game that pits 20 teams of 3 people against each other in an effort to see who can be the last ones standing. It was developed by Respawn Entertainment, which are known for the Titanfall games, and a lot of the team was responsible for Infinity Ward entries in the Call of Duty series before Modern Warfare 3.

If you haven’t played any of the Titanfall games, I suggest doing yourself a favor and picking up Titanfall 2. It’s super cheap and has an incredible campaign mode as well as a multiplayer mode that’s fun as hell. That being said though, if you want a Titanfall battle royale mode, Apex Legends is basically it.

Apex Legends is kind of a mix between Titanfall and Overwatch, as a battle royale game mode. The movement, aside from wall running and double jumping (which are not in the game), is akin to Titanfall, where the “Legends” aspect of the game reminds me of Overwatch.

I’ve tried Overwatch and it’s definitely not my style, but Apex Legends takes some of the aspects of Overwatch and spins them to fit their game mode and style, which is awesome. The game feels fresh and fun, kind of like Fortnite did when it first came out, but better.

There’s no building, there’s no wacky guns or skins or anything (yet anyways) and it feels more grounded in the Titanfall world, if that makes sense.

And just like Fortnite, it’s 100% free to play. You can go on and download the game on your Xbox One, Playstation 4 or PC right now and start playing without having to spend a dime. If you want to spend money on skins for your character or weapons, feel free to do so, but there are no technical advantages to doing so, everything is purely cosmetic.

Personally, skins, character customization, and any of that nonsense doesn’t appeal to me, so to be able to play the game for free and still having it fully supported by the developers, is a win-win for me. If you’re in to paying for those types of things, more power to you, it’s just not how I care to spend my money, so I appreciate those that do. Although, in some cases I may considering throwing a little money at the developers when I want to support them, so I could definitely see me giving Respawn a few bucks.

Just like with all battle royale games, you start by dropping into a large open world via plane/bus/whatever, and start gathering weapons and loot. Different guns do different damage, there are add-ons for weapons, armor, different levels of armor, grenades, and all the things you’re used to in one of these games. But the way that Apex Legends stands out, among other things, is the respawn ability.

In most battle royale games you die and that’s it, you’re out. In Apex Legends, if you die, your teammates can grab your banner (basically just something that sits in inventory, you’re not physically carrying a giant banner or anything), and bring it to a respawn area in order to bring your dead teammate back to life. Now, you only have so many seconds to grab the banner before the player is deemed permanently dead, but this adds a whole new level to the gameplay that the other games just don’t have.

In addition to the respawning, each of the “Legends” in the game have a few powers that they can use to help your team throughout the match. This is what adds that Overwatch aspect to the game. These powers range from being able to see your enemies from across the map as a red highlight to dropping a barrage of missiles onto your enemies in a firefight. These powers have to recharge and can swing a gun battle at any moment.

The last thing that I absolutely love about this game, that the other games should take note of, is the tagging/pinging system. With RB (on Xbox One), you can tag enemies, point out locations and loot, and essentially direct your team on what to do without having to use a headset. This is absolutely crucial in a game like this, especially when people tend not to use their headsets to communicate.

The only downside to this system is that it uses RB to do so, and in most games, or at least Blackout that I’m used to, that button is used for grenades. So I’m constantly getting confused when trying to throw a grenade and instead tagging something, thus losing me a battle. It’s a small hiccup that I’m sure I’ll get over as I continue to play the game, but it’s one of those control things that will throw you off when you first jump in.

Overall though I’m pretty excited to see what Respawn is going to do with this game going forward. Just like Fortnite, they have plans to do seasons and special events, and it seems like they plan to support it for a long time… as long as it makes money, which I’m hoping it will.

I honestly cannot stand Fortnite anymore and had moved over to Blackout when Black Ops 4 came out. I just found Blackout to be a better atmosphere and a better game. Fortnite seems to be overrun by kids these days and it can get quite annoying to play with them. I’m sure part of this is because I never really learned the building aspect of things and it seems like that’s where most people have upped their game these days. I hate the fact that as soon as you start shooting at someone they immediately become a 12 story building. It’s obnoxious.

At least with Blackout and Apex Legends there is no building element, so there’s not this other weird aspect of the game to have to worry about. It’s basically just, find some guns and shoot to kill. Which is what I’m good at.

Before I gave up on Fortnite I think I had like 10 or so solo wins, and never played duos or squads. With Blackout I believe I have 9 solo wins and 1 quad win. With Apex Legends I won my very first game, but I’ll chalk that up to nobody knowing what they were doing, and me having a slight advantage because I played a lot of Titanfall.

But now, a couple weeks in, I have a little over 10 wins (not sure exactly how many) and 1 win with all but 2 of the legends. Needless to say I’m really enjoying it.

So if you’re looking for a slightly refreshing take on the battle royale genre, and loved Titanfall, this game is right up your alley. And shit, it’s 100% free to play, so download it and give it a shot. If you don’t like it, just delete it and go back to whatever game you were playing… there’s no price commitment so why not.

What’s everyone else thinking about the game so far?