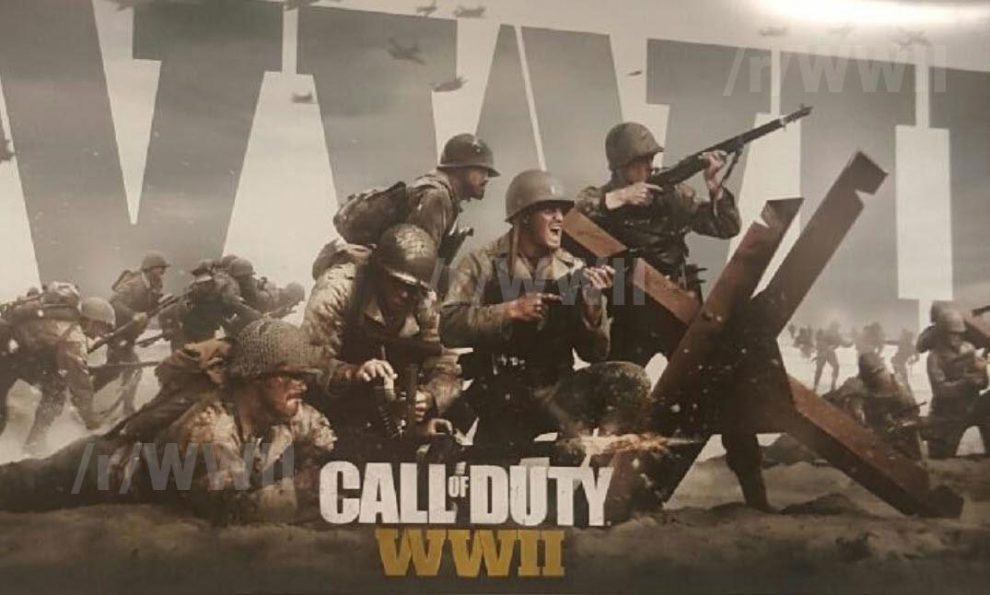 It appears that the title of the 2017 Call of Duty release, developed by Sledgehammer Games, will be titled ‘WW2’ (World War 2). Images have been floating around the web that seem to show a poster with the title, as well as mock-ups of a possible steelbook edition of the game. Take all of this with a grain of salt, but the person that leaked these images is the same person that leaked the title of ‘Infinite Warfare’ last year, so we’d say there’s a good chance that there is some truth to these leaks.

Based on what we can see here, it seems as though the Call of Duty series might be going back to it’s roots and focusing on more “boots on the ground” type gameplay, as opposed to future soldier combat. This should, in theory, get rid of some of the things that we personally hate from the new games, like wall running, double jumps, cloaking, exo suit-type skills, ridiculous kill streaks and things like that. Hopefully this installment is just good old fashioned gun fights, with maybe some basic killstreak rewards like chopper gunners and mortars, but we’ll see what happens. We didn’t even bother picking up Infinite Warfare last year because we were so turned off by the direction the series has been going since Advanced Warfare, but if this is true, we might jump back into it… although it might be hard to dethrone Rainbow Six Siege at this point.

What do you guys think of this leak? Are you looking forward to CoD ditching the future bullshit and going back to good old fashioned gun fights? Let us know!

Am I The Only One That Doesn’t Care About Character Customization?
Mixer Streaming vs. Twitch Streaming
Comment