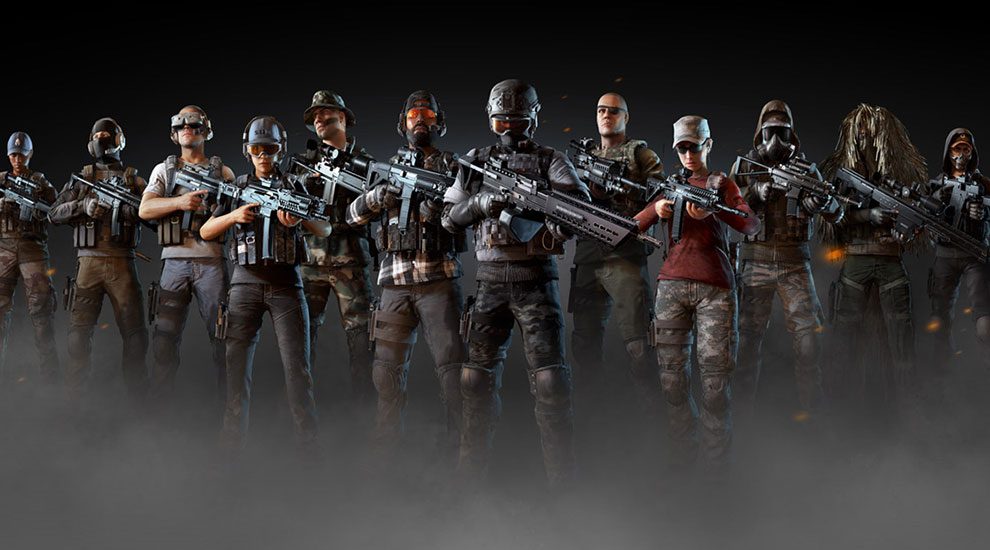 Ubisoft released Ghost War, the PvP multiplayer update for Ghost Recon Wildlands, last week and since then I haven’t been able to stop playing it when I have the chance.

I love the stealth aspect of the game, the flow of each round, and the various classes and loadouts that you can utilize… not to mention it’s just plain fun. However, that being said, while I am enjoying the game mode a lot, there are a few problems with it that I’ve noticed, which we’ll get to in a minute, I first want to talk about what I really like about it.

Each match is a best of 3 contest that pits you and 3 teammates against another team of 4 players. Each team starts on opposites sides of the map with the goal of eliminating the opposing team. Sneak around the side and flank the enemies or find a hilltop and snipe away as they try to seek you out. There are a number of different ways you can go about hunting down the enemy team in order to eliminate that, which is part of what makes the game so fun.

There are multiple classes of characters that all have different roles and perks. I’ve been having the most fun using the Scout support class as a way to help out my team in finding the enemies. The Scout class is equipped with a drone that can fly over and spot the enemies so that they appear highlighted to the rest of your team. You can extend the range and battery life of your drone with various perks and bonuses as you level up through the class. I’ve been finding it extremely rewarding to be able to ping where the enemies are so that my teammates can work their way around to kill them. I know it’s not netting me the most kills each game, but if I wanted to go for kills I wouldn’t be using a support class. And even though it’s a support class, I still find myself getting a fair amount of kills because my teammates get excited and run face first into some bullets while I’m scouting people.

Which brings me to another thing I love about the game… the revive element. Once you’ve been killed by the other team, don’t quit…. please, for the love of god don’t quit. The game momentum can shift at any time because as a downed player you can be revived by the players still alive. So even if it becomes 1 vs 4 and it seems like all is lost, your teammate can still come by and revive you, allowing you to help revive the rest of the team, or hold off the enemies while he revives the rest of them. It’s a great element that keeps the game interesting and makes it so that it’s not over till it’s over.

In addition to that, I find that the matches are fairly quick, which is nice. Each round has a maximum time limit of 8 minutes I believe, but I’ve only seen it hit that limit a handful of times. The one thing I don’t like about that time limit, is that say it’s 1 vs 4 at and the time runs out, that round ends in a draw. It doesn’t take into account the fact that one team had 4 players still alive, while the other only had 1, it’s just a draw no matter what. So keep that in mind if you start to see that timer ticking down and you’re the only one standing against 4 enemies… it might be best to just run and hide and hope they don’t access the recon tower and find you.

Yes, there is a recon tower in the middle of all of the maps that, when accessed, allows the enemy team to see your positions for a little while. It may sound like it’s OP (over powered), but it’s rarely accessed during a full 4 vs 4 match, mainly because it’s so out in the open and will almost always lead to certain death. It is, however, very useful when you can’t find that last enemy and want to draw him out, or find his position. It’s a great counter to a final enemy just hiding out in the woods somewhere waiting for the time to go down to force a draw instead of a loss, so I heartily welcome the recon tower.

There are only a few things I don’t really like about the game mode and some of them are trivial, but some of them are almost game breaking and should probably be fixed sooner rather than later.

Nobody talks, plain and simple. I’ve only been in one game where my teammates got on their mics and communicated during the round and actually strategized on how to approach the enemy, and I ended up playing like 10 matches with those guys because we were having a blast, and dominating all our opponents.

I realize that some people might be hanging out in game chat, or maybe my mic is just jacked up (it has never been right in Wildlands for some reason), but there needs to be more communication amongst teammates in the game. This game requires more strategy and isn’t just a run and gun type of game like Call of Duty. But that being said, you can definitely survive without having a mic and communicating as long as people kind of know what they are doing. So if you pick Scout and you don’t have a mic, please actually do what the Scout is intended to do and use your drone and binoculars to find and identify the enemies.

For some reason I feel like there aren’t enough maps, or maybe the map rotation isn’t random enough, but it seems like I’m always playing the same couple maps.

I know there are only like 8 maps currently, but it seems like I only end up playing like 3 of them… but it could also be because a lot of them take place in highly wooded areas, and tress all start to look the same after a while.

This is not Call of Duty, don’t just run into the middle of the map guns blazing. For one, you’re going to get sniped in the face immediately, and two, every time you fire your gun it gives away your position. I tend to stay out on my own along the edges of the maps so I can scout, but if I’m standing right next to you and you just start firing at nothing, or at enemies that are way off in the distance, I’m going to get annoyed.

Again, this is just a pet peeve, you can play how you want, but the game is definitely more of a slow paced game compared to other shooters, so I feel it should be played as such.

And finally, the thing that everyone on reddit is constantly bitching about, the thermal vision and thermal scopes. I do agree that they are a little OP and at the very least their range should be dialed back, but I don’t know that I necessarily feel that they should be removed from the game entirely.

I’ve played quite a few matches over the last week and I’ve never really run into a huge issue with not being able to counter the thermal scopes. If you’re taking things slow and using cover as you are supposed to, you should be able to work around the thermal scopes to the point where you’re not instantly dying or always complaining about them.

Ubisoft has already said that there are changes coming to the thermals in the game, so we’ll see if they make people happy. I personally have never used the thermal scope and have been just fine and still had a lot of fun.

So those are my thoughts on the Ghost War PvP game mode that Ubisoft has introduced to Ghost Recon Wildlands. It’s a lot of fun if you have a team and I’ve still been having a lot of fun queuing up by myself into matches. I don’t know that it’ll dethrone Rainbow Six Siege at the top of my list of shooters at the moment, but I’ve definitely veered away from Fortnight Battle Royale for the time being to play this instead.

We’d love to hear your thoughts on this new game mode in the comments.

Should Riot Have Saved Twisted Treeline?