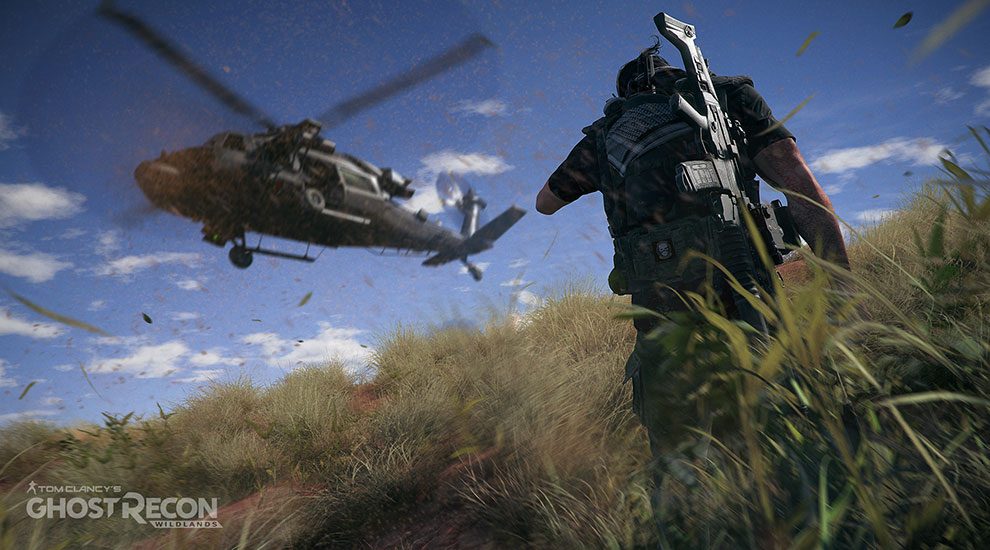 Seriously, what are we doing wrong? It seems like sometimes the in-game chat works in Ghost Recon Wildlands on the Xbox One, but other times it doesn’t and we have to resort to party chat.

I know there is a setting in the options, under audio, that turns on the open world mic abilities, and this option is set to on, but no matter what we do, we can’t figure out how to actually get the in-game chat to work consistently. We thought maybe it had to do with the fact that we weren’t both doing the same mission together, but even when we do we can’t hear each other, and we don’t see the speaker icons as if either one of us is talking. I know the game recognizes my headset, because as soon as I double tap the Xbox home button and bring up the side menu to start a party, I can see the speaker icon come up next to my name in the game, and show that I’m muted, but nothing happens when either of us talk… no speaker icon, no sound, nothing. But the weird thing is, it has worked in the past… sometimes. So it’s just a matter of being super inconsistent as opposed to just not working at all.

So does anyone have a trick to get the in-game chat to work consistently or is it just a bug in the game the moment? We assume that it’s supposed to work like most games, where you can talk with the people in your squad at any time, no matter where they are on the map, but it doesn’t seem to be functioning that way and we’d just like some clarification. If it’s supposed to work a different way, and what we’re experiencing is intended, then that’s fine, we just want to know what we can do to ensure we can hear each other when working through story missions.

Ghost Recon Wildlands – Fun, with a Few Friends
Am I The Only One That Doesn’t Care About Character Customization?
Comment