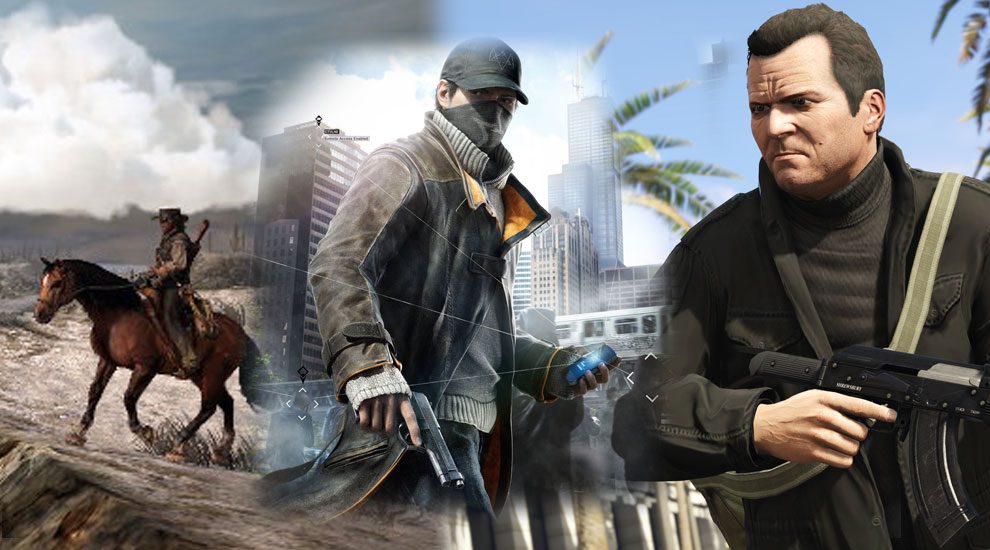 It’s no secret that I haven’t always been the biggest fan of open world games, especially the Rockstar games. But after forcing myself to play through Red Dead Redemption last year, and taking a chance on Grand Theft Auto 5 this year, I’m actually starting to enjoy them a bit more.

I haven’t always hated all types of open world games. The Borderlands series is one of my favorite series, I enjoyed Destiny (which isn’t quite as open world as the others), I like the Crackdown games, Watch_Dogs, and really enjoyed Just Cause 3, but for some reason the GTA series and Red Dead Redemption (Rockstar Games), always became super boring to me and I couldn’t finish them no matter how hard I tried.

When Red Dead Redemption became backwards compatible, I bought it for $7 and told myself I was going to finally finish the game that I sold about a week after it had come out previously. It took me three months, but I finally did it late last year. It’s still not my favorite game ever, like it is to some people, but I’m glad I made it through and I did enjoy my time with it for the most part. I still think it’s extremely slow to get started and that was very annoying, and what almost turned me off to it again this time around.

After finishing Red Dead Redemption, GTA V came up in my GameFly queue (finally) and I was actually kind of excited. I had purchased GTA 4 back when it came out, played it for like a week, got super bored, and sold it, so I wasn’t sure how I was going to like GTA 5. Turns out I actually like it quite a bit. I liked it so much that I actually canceled GameFly and purchased the game instead, and after playing it for roughly 20 hours now (and I’m still not totally done with the main story campaign), I can honestly say that I really am enjoying it. Maybe I was too quick to jump on Rockstar.

One thing I can still say with certainty though is that the open world, 3rd party game is still not my favorite genre. Yeah, I enjoyed Just Cause 3, even though that one was super repetitive with the liberating of towns and what have you, but for the most part I prefer the FPS-type open world games like Borderlands. Maybe it’s just cause I’m a big fan of FPS games in general, but I also liked the world of Borderlands more, I liked the characters more, I liked the gameplay more, and I liked the variety a bit more. I know that even Borderlands is a bit repetitive, but it felt like there was more variety than the other games. This is the same thing I liked about Destiny during my first play through, even though it is way more linear than the other ones, and after you play through it once, there’s not much more to do but go back and play the same strikes and the same missions, just with different buffs and difficulty… which is another reason why I stopped playing the game; The Division was the same way for me.

When it came to playing through Watch_Dogs I think I was just excited to play in my hometown of Chicago, as well as playing with the varied gameplay mechanics in the various hacking you can do. It switched things up just enough so that it wasn’t just driving from one place to another, shooting some dudes, then driving back to the place you started. At least Watch_Dogs had some puzzles and things like that when it came to the hacking aspects of the game. Now I know they weren’t as expansive as everyone would have liked, but Watch_Dogs was the first 3rd person open world game that I played through in a very long time.

I don’t currently have any other games like this lined up to play after I finish GTA V, but I’m hoping to check out some of the online stuff that it has to offer as the videos I’ve seen on YouTube make it look like it’s pretty fun. After GTA I plan to play through the original Dishonored game, which I picked up a few weeks back for $10, and then finally try to make it through the first Bioshock, now that it’s backwards compatible. That game frustrated me so much that I stopped playing after I couldn’t kill the first Big Daddy I encountered… ugh.

So what are your feelings on open world, 3rd person games like Red Dead Redemption, GTA, Watch_Dogs, and Just Cause? Are you a fan? Do they annoy you like they annoyed me? Let us know in the comments.