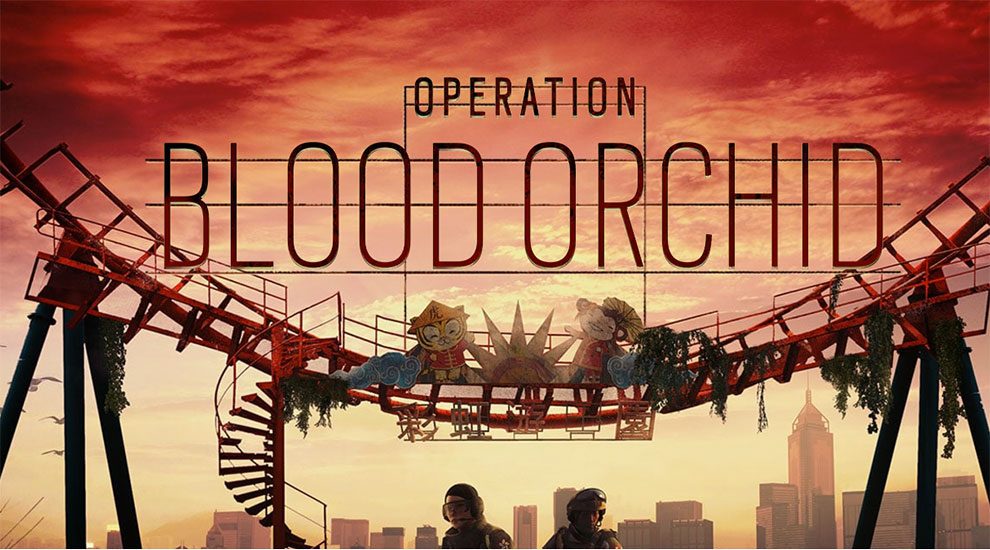 We’ve survived Operation Health and now it’s time to start getting some new content added to Rainbow Six Siege. Operation Blood Orchid introduces a new map, 3 new operators and over 1000 bug fixes, which include fixes to operators, lighting, maps, and more. And I think players are going to be pretty happy with this update even though they had to wait this long to get it.

Operation Health was announced a couple weeks before season 2 was supposed to start and everyone lost their minds. Season 2 was supposed to bring us a new Polish map as well as 2 new Polish Operators, but instead, Ubisoft decided to take a step back from introducing new content, and instead work on fixing the game. There was a lot of backlash from the community on reddit and on Twitter when this change was announced, but a lot of people didn’t realize that the only thing they were missing out on was a single map… a map which is free to everyone.

Season pass holders cried out that they were being charged ‘x’ amount for content, but not receiving all of the content they were promised, but they were wrong. The season pass gives you early access to the new operators, some boosters, and charms and skins… that’s it. You know what the season pass doesn’t get you… new maps. The new maps that Ubisoft releases for Rainbow Six Siege are available to everyone at the same time, whether you have the season pass or not… they are free across the board. Buying the season pass never guaranteed maps, or early access to maps, so there’s no basis for crying false advertising against Ubisoft for removing the Polish map from the year 2 timeline.

But what about the Polish Operators? Season pass holders ARE guaranteed early access to those operators and they scratched the Polish season…

This was the question I was seeing a lot on social media, and again, those people are wrong. If they would have bothered to read the Operation Health announcement, and looked at the updated timeline, they would have seen that the Polish operators are still being brought to the game, they are just being added in season 3 and 4, alongside the 2 new operators that were normally scheduled for those seasons.

So in season 3, which is coming out next week, you will receive 3 new operators instead of 2. So while season pass holders continue to cry about the timeline being adjusted, they shouldn’t be complaining that they aren’t receiving everything they were promised. And on top of that, the timelines were always noted as being ‘tentative’, which means they were never set in stone and always subject to change.

Now, that being said, could Ubisoft have handled the situation a little differently and announced Operation Health earlier than just a couple weeks before we were supposed to get the new season… sure, I’ll agree with that. But I for one am happy that Ubisoft is taking the time to correct the mistakes in their game as they continue to support and add new content 2 years after the game was released. Not many companies can say that they still fully support a game after it’s been out for 2 years. And Ubisoft has no plans to stop supporting this game at the moment. The player numbers are at an all-time high with no signs of slowing down. I don’t even think Call of Duty WW2 is going to pull people away from the game, myself included, even though I’m looking forward to WW2 after the last 3 years of abysmal Call of Duty games.

So now that we’re past Operation Health and it may, or may not, have been as helpful as they had hoped, we’re official beginning season 3 of year 2, shortly. The update is rolling out to the technical test servers today to help squash any last minute issues, and will be released on PC, Xbox One, and PS4 on September 5th.

In addition to these new operators and maps, there are over 1000 bug fixes that have been implemented into the game. There are major fixes to lighting, all operators, and they are beginning to rework the coding on each map, starting with Kafe. The reworking of the code for the operators and the maps is to help insure that memory leaks and insufficient memory errors don’t occur, which will help overall server consistency. They will also deploy new upgraded servers at the start of season 3.

In addition to those major things, there are tons of general tweaks to gameplay as well as various bug fixes that have been implemented. Hibana has been completely reworked to help her gadget be more consistent, Doc’s stim glitch has been fixed, as well as tons of other issues.

So as much as this community complains about small issues when they come up, the player base continues to grow and Ubisoft recognizes that they have a great game here as they continue to support it well after it’s release. I wish the same could be said about other games, like Call of Duty, but even with it’s quirks and bugs, Rainbow Six Siege has knocked CoD off my radar for the last 2 years, and we’ll see what happens with WW2, but for now I’m still all-in on Rainbow Six Siege and can’t wait to see what Ubisoft has in store for us in the future.