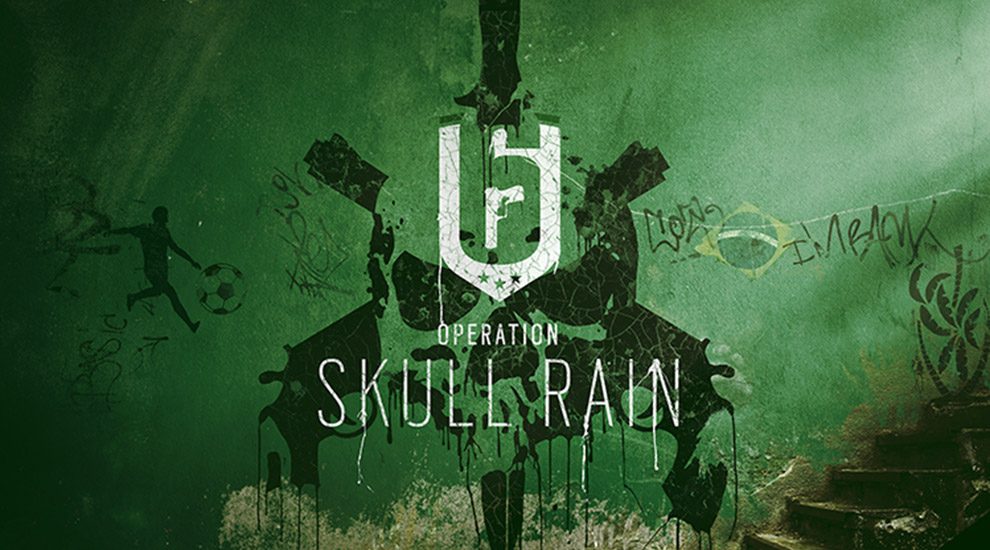 Ubisoft has announced that the next season in Rainbow Six Siege will being on August 2nd.

The new season will be called Operation Skull Rain and will feature two new Brazilian operators as well as a new map.

Caveira is a defensive Operator. Her ability is known as “Silent Step” which enables her to sneak up on enemies to immobilize and then interrogate them to reveal their teammates’ location. Her weapons include an M12 and SPAS-15 for primary weapons, a PRB92 as a secondary, and Nitro Cell C4 and Barbed Wire for gadgets.

This sounds a bit weak if you ask me. I can count on one hand the amount of times that an enemy has snuck up behind me and killed me without me knowing, so even if Caveira is totally silent, I still don’t think she’s going to be able to sneak up on many people. And as far as the interrogating goes, does she have to physically touch them to interrogate them? If she had some sort of device that could pick up on enemy comms from a short distance, that might make her a little more worthwhile, but if I have to physically go up to someone in order to utilize her ability, I don’t think I’ll be playing as her very often.

Capitão is an attacker his ability is a tactical crossbow that fires asphyxiating bolts that burn oxygen within a certain radius, as well as micro smoke grenades that can mask positions and team movements. In terms of normal weapons, he has an M-249 and PARA-308 for primary weapon options, a PRB92 for secondary, and frag and stun grenades for his equipment.

Not going to make any judgements on this one yet, it seems like it could be cool. Seems like it might be similar to smoke’s gas grenades, but in a more launchable delivery system. I’m not quite sure what to make of the micro smoke grenades though, not sure how they differ from normal smoke grenades.

The new map for Operation Skull Rain will be set in the Brazilian favelas and will have exterior shell destruction making it the most destroyable map in Rainbow Six Siege yet.

I’m pretty psyched for the new map, although I’ve been kind of disappointed with the previous two season maps, but how could you go wrong with the Favelas, which was one of the best map settings from Call of Duty Modern Warfare 2. I know, totally different game, but that doesn’t mean I can’t still get my hopes up.

And if you haven’t purchased Rainbow Six Siege yet, do yourself a favor and buy it. It’s only $25 on Amazon. It is the most fun I’ve had playing a video game since Call of Duty 4.

Please Use a Mic on Rainbow Six Siege
Hello Doom, It’s Been Awhile… Welcome Back
Comment