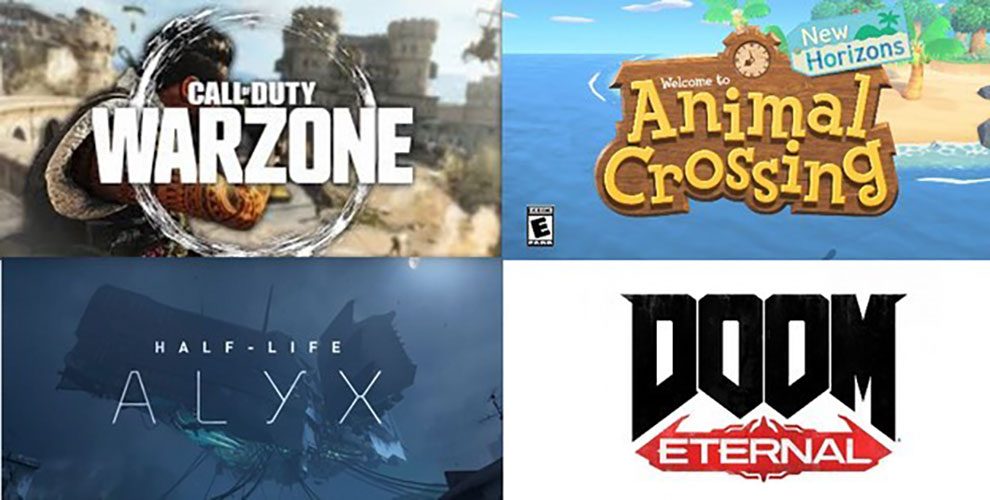 The ongoing pandemic has forced millions of people from all over the world to stay at home. Without their usual activities – with restaurants, pubs, movie theatres, and other establishments closed, and sports leagues and competitions cancelled and delayed all over Europe and North America – an ever-increasing number of them resort to various forms of online entertainment. Some of them watch movies and TV shows via streaming services. Some of them watch eSports. And many play video games.

This is the time when sitting in front of the computer, working or playing a game online has become the best course of action you can take. It’s the perfect time to compare office chairs with gaming chairs and finally order the most comfortable piece of furniture you can – after all, you’ll probably spend a lot of time using it. After all, there are enough great games you’ll finally have the time to try – and there are also quite a few brand new titles you can finally dive into.

The popularity of the Call of Duty franchise is unbroken – we expect a new entry to be added to the series later this year. “Battle Royale” games are also very popular. The combination of the two sounds like a recipe for success – and it is.

Call of Duty: Warzone, released on March 10, is a massive hit, helped probably by the fact that it’s free to play (you don’t need CoD to play it). In just 10 days from its release, the game has “collected” a player base of more than 30 million, a number that has certainly grown with all the people confined to their homes.

Although Bethesda made a big mistake by releasing a DRM-free executable with the game (which was quickly leaked online), the sales of Doom Eternal are stellar, to say the least. On its opening weekend, the hell-raising FPS sold like hotcakes. The numbers were not released by Bethesda but, considering the cross-platform release, they are probably very high. While the number of physical copies of the game sold was down about a third compared to the 2016 version of the game, Bethesda reported that the revenues generated were more than double compared to the previous edition.

Doom Eternal was concurrently played by 100,000 users on Steam alone on its opening weekend.

Raising hell and brutally murdering monsters is not the only thing attracting people today. Let Nintendo’s newly released Animal Crossing: New Horizons be the proof of that. The game, released on March 20, has sold 1.88 million copies in Japan alone, not counting digital downloads, beating the previous record-holder Pokémon Sword and Shield in the process (selling 1.36 million units).

Moreover, the release of the game came with the added benefit of boosting the sales of Nintendo Switch consoles by almost 400,000 units in a week.

And before you argue that it’s Japan we’re talking about, you should know that the game’s sales broke records in the UK, too, beating even Doom Eternal in the process.

While it probably doesn’t have the numbers of the two titles above – considering the expensive gear you have to buy aside from a decent gaming PC to play it (it requires at least Core i5-7500 / Ryzen 5 1600 and GTX 1060 / RX 580 – 6GB VRAM, along with 12GB of RAM). Still, its achievements can’t be denied: the first Half-Life title released by Valve since 2007 was played by 43,000 concurrent users on Steam on its launch day.

The game’s announcement caused the hearts of Half-Life fans to miss a beat… and Valve’s Index VR gear to sell out instantly.