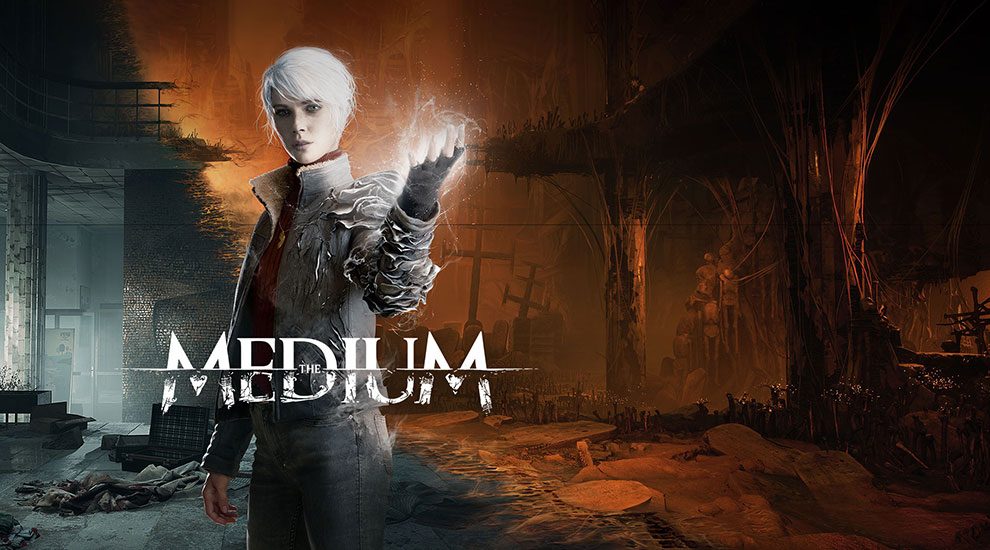 In just a couple of years, Krakow-based studio Bloober Team has become a rising star in the horror genre. And the team’s new project named The Medium is a serious claim to the big league. An ambitious plot with excursions into the history of Poland, Troy Baker as the voice of the main villain, a soundtrack from the legendary composer Akira Yamaoka – all you need for a perfect, modern Silent Hill-like game.

At the same time, The Medium is the studio’s most old-fashioned project. The developers do not hide that they made something equal to the design and mechanics of horror games of the early 2000s, with the vibe of the Silent Hill series. The melancholic atmosphere and leisurely gameplay will surely scare away many players hungry for an adrenaline jolt (Hello PUBG fans!). But if you have patience and tune in with the characters, the Niwa rest house is ready to tell a lot of intriguing stories.

The Medium feels like a lonely walk through the forest with your thoughts and emotions. There is no intense struggle for survival and running away from creepy monsters (which, alas, the promo campaign makes a lot of emphasis on), and the ghosts are not scary at all.

In the prologue, the authors deliberately slow down the action and suggest the necessary registration for the perception of the game’s story. Girl-medium Marianne returns to see her father, the owner of the funeral home, on the last journey. Suddenly the light starts to blink, and the shadow of the dead man slides along the wall in the direction of the office. What is this, a threat? A violent spirit is eager to take revenge on the world for an untimely death? Not at all: the ghost of father just out of habit returned to work, and Marianne, with tears in her voice, helps him to calm down and retreat into another world. The heart squeezes not from fear, but the touching farewell of loved ones.

Soon Marianne goes to the ruins of the Niwa holiday home, where a mysterious stranger promises to reveal to the girl the background of her disturbing dreams. But the developers’ approach to the supernatural remains the same: the spirits of the guests at first cause discomfort, but the heroine quickly becomes imbued with sympathy and interest for them. In any other game, a dead girl with a stone mask on her face would be the main screamer. But here, Marianne plays a ball with her and sincerely tries to help her remember her past life. After all, until the ghost hears his name, he cannot find peace.

Best of all, The Medium works not as a horror, but as a sad mystical detective. It is no coincidence that the creators call the Chernobyl series among the sources of inspiration: Marianna gradually recreates the picture of what happened in Niwa and lives the fate of the victims of the disaster. At the same time, as it should be in a good detective story, the first impression is often deceiving, and the attitude towards the characters can radically change in the light of new information.

Main forces of Evil or what you are fighting for?

Of course, there is real evil in The Medium and even a couple of giant monsters. But they rarely appear although it is appropriate: the more the riddles of the Niwa throw Marianne off balance, the closer the demons get to her. And then the girl has to either run as fast or rely on stealth. At the same time, stealth mechanics are as simple as possible and pretty easy to use.

Probably the most spectacular idea of The Medium: special objects, manipulation of which changes the time and space of the location. Marianne unscrews the hand of the wall clock – and the ruins of the room are rebuilt right before our eyes, revealing a secret passage.

Unfortunately, in 8-10 hours of a playthrough, many of these mechanics are used only a few times, and their gameplay potential is not realized. That’s kind of a bummer. It’s like playing slots for free in one of the casinos like this one – https://www.casinonic.com/en-CA/games/slots, getting a jackpot, but since you play not for real money – your win will be not real as well.

Sometimes you involuntarily wonder: what did Bloober Team want to create? A game or a movie? The interface is minimized, evidence becomes available strictly at certain moments, the camera is controlled by an operator. The latter, of course, refers to the methods of classic horror games, which themselves were equal to the visual techniques of Hollywood horror films. But now, in 2021, it is difficult to get rid of the feeling that developers are constantly leading the player by the hand and taking away the usual freedom of choice. Another bad thing is that three key plot twists are delivered through huge non-interactive cutscenes, one of which lasts almost ten minutes! 15-20 years ago, this would have been in the order of things, but now such excesses can be forgiven only to Hideo Kojima. And the finale seems completely arrogant, where Marianne needs to make an unbearably difficult moral choice – and the player is not allowed to influence this choice in any way.

However, in one respect, the authors should be given their due: even with Medium linearity, the plot turned out to be exciting, and it does not distort the narrative to please the genre canons. The game often gives itself time to “breathe”.

There is, however, a side effect. The more the plot twists, the crazier the locations become, and the deeper the supporting characters are revealed … The less interesting Marianna seems to be. Helping others, the heroine hardly reveals her character – and when this does happen, players receive extremely conflicting signals. Marianna now and then comments on what is happening, and from two times at once. In the conditional “present” the girl reacts bitingly to events, with humor and swearing. And in parallel, there is a more tired, brooding commentary from the “future”, where Marianne tells her story to some mysterious listener. But from the point of view of the player, all the words of the heroine are perceived as one voiceover, which for some reason changes the emotional charge right in the course of the scene. Here is a sad medium reflecting on the horrors of his calling, and a second is more like a brave adventurer who jokes about the bolt cutter.

The Medium is unlikely to receive the glory of those classic horror films and games that inspired it – there are too many sharp corners and outdated solutions here. It even can be compared to playing casino games online, feels like something old but in a new wrapper.

Following in the footsteps of the classics, Bloober Team has created an effective psychological detective story: not very scary, but deep and often even touching. A good alternative to Silent Hill, especially in the absence of new games in the SH cycle.