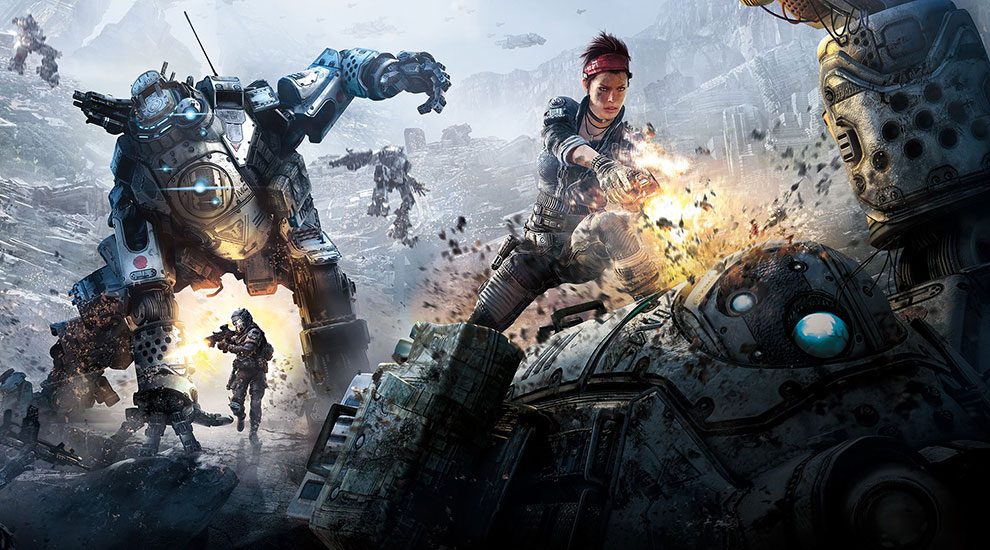 It’s Friday October 28, 2016 and you know what that means! Titanfall 2 is official available to play on Xbox One, Playstation 4 and PC. This post isn’t going to be a full review of the game as I feel it’s unfair to judge the game yet after having only played a handful of multiplayer games, but keep an eye out for my full review next week.

[Full Titanfall 2 review is out now]

I wanted to make this quick post to address something that I’ve been seeing a lot of comments about, and a lot of hate about, and that’s the invite system when it comes to Titanfall 2’s Networks.

When you enter the multiplayer menus in Titanfall 2, you will notice that you are automatically dumped into a Network. If it’s your first time playing you will probably be dumped into a giant network of thousands of players. This is just a generic network setup by Respawn that you default to when you first join the game, but network are actually kind of cool.

Anyone can setup their own network and invite friends or allow it to be open to the public. These networks act as sort of a “home base” when you jump into multiplayer. You can set messages for you network members, see certain stats related to  your specific network, play games with your network, etc. It’s actually a nice way to stay connected with your Titanfall 2 friends, but there is one aspect that is confusing to a lot of people… Invite Network.

Under the Play menu item in the multiplayer menu you will see two options for ways to invite people to play with you, Invite Friend and Invite Network. These two options have two totally different meanings and have two different structures for how the invite process works.

If you are just looking to play a bunch of games with specific friends then Invite Friend is what you’re looking for. Unfortunately for me, at the time of this post, pressing A on the Invite Friend option in the menu system did absolutely nothing… So it’s clearly broken, at least for me, at the time of this writing. However, the way that Invite Friend works is that you can invite one (or a bunch) of friends to your in-game party, and jump into a multiplayer game. Once the game is over, you will remain in the party and you will join the next match together. This is the basic invite system that you’re used to from most multiplayer online shooters like Halo, Call of Duty, Gears of War, etc.

Invite Network works a little differently than Invite Friend does, and this is where a lot of people seem to be confused. There was an actual response from Titanfall on Twitter explaining that the way this method works is by design, which actually annoyed and confused people even more, and I get where the confusion and annoyance comes from, but I also get the reasoning behind why this functions like it does.

If you use the Invite Network method, it will automatically try to invite anyone that’s online and is a part of your network, to the game you are currently trying to join. Your network group can then play the match as intended and then you will be dropped back out to your network and you will have to re-invite the network to play the next game.

If that seems a little counter-intuitive, let me explain to you why I believe Respawn did this the way that they did.

Essentially if you wanted to play a bunch of games with friends you would just select Invite Friend, so having a 2nd option that functioned exactly the same as Invite Friend does, would be pointless. Respawn anticipates your networks being larger than just a few friends, and therefore you would just want to play with whoever from your actual network is online, and not super specific people each time. When that is the case you would select Invite Network, then you would get 5 other people from within your network that want to play a game with you. Once that game is over, you can invite from your network again and join up with 5 other people (or more of the same depending on the size of your network). The idea behind the Network is that it is most likely going to be more than 6 people in a single network, so playing with a variety of those people is what they expect.

Now I get that for those smaller networks this can be kind of annoying, and for those of us who can’t seem to use Invite Friends at the moment, it’s super annoying, but the way it’s designed kind of makes sense. I actually kind of like the idea that if I Invite Network and I have a bunch of people in my network, that I’ll get to jump in a game with people that I know, but not the same people every time. It switches it up a bit. If I really just want to play with my actual friends, then I will choose Invite Friends (once it’s working).

So I hope this clarifies the difference between Invite Friends and Invite Network when it comes to Titanfall 2. And kind of makes you understand why the Titanfall Twitter is saying that this is the intended functionality. If you don’t like how it’s working, then just use the Invite Friends feature like you normally would.

Update 11/1/16 – It appears that Respawn has decided to change the way network invites work based on the community feedback. You should now stay with your network party after each match instead of being dumped out and having to re-invite.

Titanfall 2 Launch Trailer – Bang, Bang
Thinking About Going All Digital? I Did and Never Looked Back
Comment