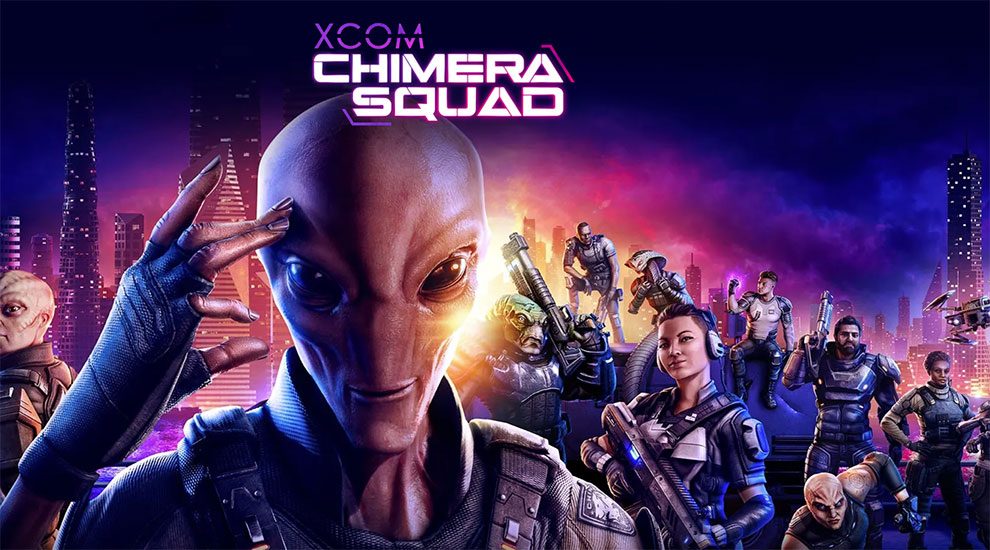 To be completely honest, I had no idea this game was in development at all. When it dropped, and I realized that it was a new official Xcom game, I was so hyped to get it. Then, when I saw that it’s an on-release sale made it only ten bucks, I bought a copy on the spot.

The question, of course, is whether or not I wasted my money? Was the game worth it, or would I have had a better time at a Sloto Cash online casino?

Let’s break it down. After all, Xcom: Chimera Squad is now the third game in the remastered Xcom franchise, that started back in 2012 when the original had all but petered into retro obscurity. Xcom: Enemy Within was a smash hit it 2012, so does it’s sequels hold up?

The short answer is: Yes.

The Story So Far

If you’re not familiar, I will be spoiling the plot of Xcom: Enemy Within, Xcom 2, and giving a basic preamble about Xcom: Chimera’s plot.

In Xcom 1, a secret international military task force is released around the world to investigate various alien sightings- which gradually translates into a full-blown invasion. The canon ending is actually that Humans lose that war, and the aliens successfully conquer the Earth.

In Xcom 2, the alien Elders establish a dystopian government and start splicing humans and aliens together to create the perfect psionic being (possibly to fight off an even greater threat to be revealed in Xcom 3?). However, humans successfully rebel and throw the alien off the planet.

Xcom: Chimera Squad is set five years after Xcom 2, where humans have been trying to rebuild Earth. As it turns out, loads of the alien invaders had been telepathically mind-controlled by the Elders and were freed when the rebels blasted them to pieces. Now humans work and live alongside thousands of friendly aliens, rebuilding a new Earth out of the rubble of the war.

If you’re familiar with the previous Xcom games, Chimera Squad will feel very familiar. You play as the leader of Chimera Squad, a special task force designed to take down larger threats than the normal police can handle. Think SWAT.

In the action, you control characters with the normal Xcom strategy of action points, abilities, and gear. A new feature, however, is a turn order. Units are used one at a time, and enemies can take their turns in between your turns. Managing and being aware of who does what during the timeline is vital to getting the advantage, and adds a whole new layer of depth to the formula.

There is also a new breach mechanic, which lets’s assign how your units jump into new combat encounters (Do you rappel through the ceiling or go through the front door?). Different approaches provide different advantages and disadvantages to your squad members and replaces the stealth and ambush mechanics from Xcom 2.

The management side of the game has also been streamlined. You do the usual stuff, train your guys, invest in equipment, research new gear- but now you’re only responsible for districts in a single city, rather than the whole planet. Your job is to prevent the city from falling into anarchy by the various underground factions trying to muck everything up.

Last but not least, is the units themselves. They’re no longer disposable grunts to be thrown at the enemy. There are only twelve or so pre-created characters, with names, backstories, abilities, and voiced dialogue- and none of them are allowed to die. You have to keep all of them alive through you’re entire play through, otherwise, you’ll have to restart whatever mission you’re on. If you’re playing on the Hardcore difficulty setting, you’ll have to restart the whole campaign.

Do I like the game? Hell yeah. It’s as tactical as ever, and you will be challenged even on Normal difficulty. Overall, Chimera Squad feels like a very streamlined, refined slice of what Xcom 3 could be like. The missions are faster, but still, scratch that Xcom itch.

On the downside, the writing is really cheesy at times. With all the colorful aliens, it sometimes feels like your managing a team of power rangers, rather than a professional police force. Speaking of which, there are loads of missions where you have to escape from a location or else risk being overwhelmed with enemies- which makes me wonder if these factions have so many members that they can literally overwhelm power-ranger, alien Swat teams, why haven’t they just taken over everything?

That being said, the characters, while distinctive in their personalities and abilities, are not especially well balanced. Certain ones absolutely dominate the gameplay, while others just feel under powered and lame in comparison. Picking the right ones could be the difference between success and failure on harder difficulty settings, and it can be hard to tell which ones were worth getting until you’ve actually started using them.

Since the game only lets you recruit new people at very specific points in the game, you will end up being stuck with one of these under powered characters for the rest of your play-through.

That being said, my complaints are niggles that are absolutely not deal-breaking. Xcom: Chimera Squad presents itself as a side story to the main plot, and is still an incredibly fun experience. At its price point, the dev’s could have easily shoveled out some garbage to appease fans until Xcom 3, but that is definitely not the case. Xcom: Chimera Squad is a work of love, and ties beautifully into the core Xcom experience.

The story is smaller than before but serves its role as a side story. The gameplay is awesome, Xcom tactics, refined and polished. The limited units suit the smaller narrative, although some are clearly better than others.