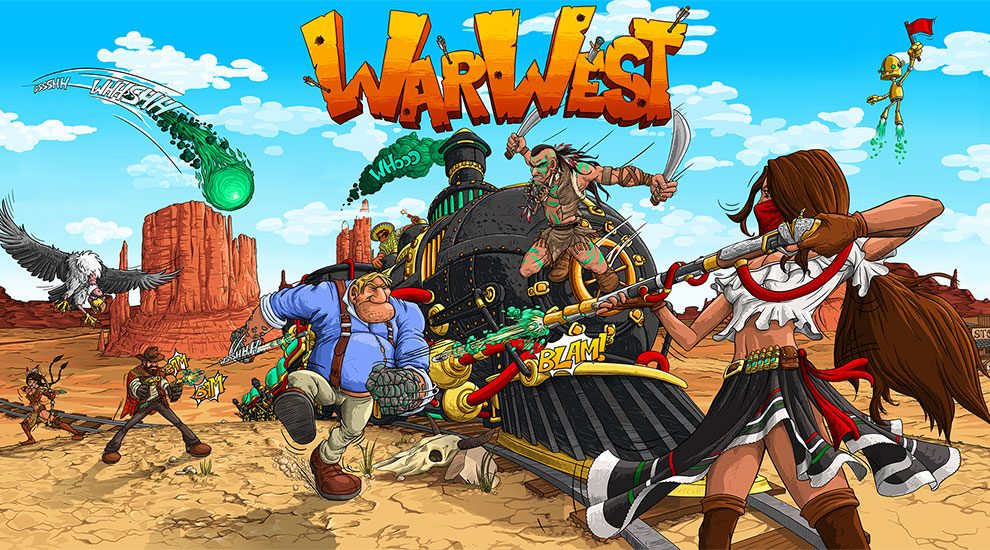 Mobile games have undoubtedly taken over the gaming industry during the past few years. These games might be smaller in size and scope, but they’ve actually changed the industry as a whole. The in-app purchases that were once only available in mobile games are now more widespread than ever before. There has been a lot of controversy surrounding in-app purchases, but they’re proven to be very effective for developers. This isn’t the only way mobile games have changed a thing and it is unlike going to stop there. WarWest is the latest game that will attempt to expand mobile games past the current boundaries, through finally getting rid of these infinite grinding loops and loot boxes.

About the Development Team

WarWest is a project that was actually initiated in 2012. A young development team sat down in hopes of putting together an ambitious plan that would eventually lead to a majorly popular mobile game. While the game is still in its infancy, there is high hopes that it will eventually become one of the top 5 Android games of all time. It should be noted that the game will be available on multiple platforms. The game has now been in active development for more than 2 years and it has just entered the Beta stage. At this point, the future is unknown for WarWest. Still, the development team holds out hope that their game will be able to outshine the competition.

What the Team Hopes For

The team behind WarWest intends to create a gaming platform that will allow people to play together and have fun. The team also hopes to offer multiple game types and numerous units to experiment with. They hope their game will be accessible to all players while being deep in gameplay. The game engine has been designed in a way to bring their wildest gaming fantasies to life. They have years of gaming experiences and intend to fully implement those experiences into the WarWest platform.

Strategy games have used the same old universes over and over again. WarWest will attempt to blend Western and Steampunk genres to provide the user with a totally unique experience. This is clearly evident when looking at the game’s quirky graphics. The graphics are all drawn by hand to give it an original look unlike anything players have ever seen before.

With many mobile games, the available game modes are very limited. The player might be able to enjoy one or another in a specific game, sometime a few more. WarWest will attempt to put the control back into the player’s hands by allowing them to choose from multiple game modes on a single platform. At this point in time, the development team hopes to have modes such as skirmish, conquest, assault, siege, adventure, tower defense, factory and more. It would be revolutionary if the development team was able to pull off this ambitious feat.

At the same time, it would greatly extend WarWest playability and longevity.

Some games offer limited choice regarding units and spells. Gamers demand more. They want additional customization over their party. At the release of WarWest, the developers intend to provide gamers with access to roughly 60 unique units and spells. More will be added as the game evolves. It is also to be noted that WarWest units will all share the same level. Finally, veteran players and newcomers will compete with identical units. It is just up to the player to optimize their party to overcome the unique situations ahead.

Players will quickly find out that they’re going to experience strategy from the get-go. It starts with the selection of the party’s units and spells. Players better get it right there if the want to stand a chance in the fight.

In the modern online gaming world, players expect nothing but the best experiences from each and every game they play. While this is something extremely difficult to keep up with, the WarWest developers have created a unique gaming platform that opens up many doors of opportunities for all players. The platform allows players utilizing iOS and Android devices to compete and play together. This basically means there are no limitations when it comes to playing with others, regardless of the type of platform being utilized.

In addition to this, the developers have announced that Mac and PC ports will be added in the near future. Players will be able to connect with their friends around the world through the WarWest platform.

Hardcore gamers are very difficult to keep entertained. In fact, the slightest hint of boredom will force them to give up on a specific game and move on to another. To keep things exciting and entertaining for all players, WarWest will allow group of players, up to 10 at a time, to partake in single matches. Players will need to combine their skills and knowledge to defeat their opponents. Intuitive matchmaking and match creation system will allow players from all over the world to instantly have fun together.

The WarWest team is comprised of young developers who are always looking for new ways to keep this game exciting for everyone, even long-term players. One way they plan on doing this is with frequent updates. While the game is still in the beta stage, the development team is working on new features that will be added periodically. Players should expect to see new updates and game modes at least every month or so.

At this point, WarWest has a long road ahead of it. The developers are currently seeking out Beta players. Anyone who is interested should check out the official website and sign up.