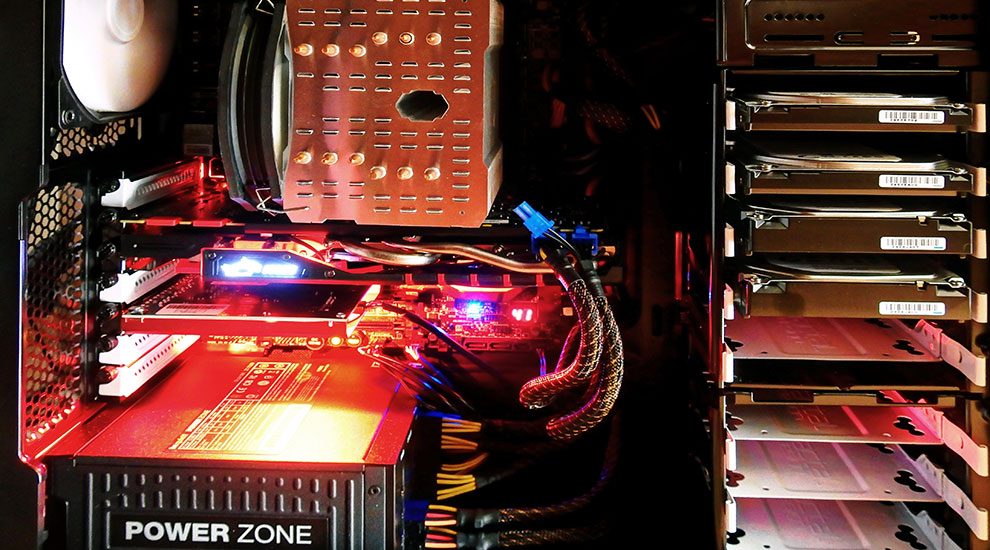 Is your gaming computer on its last legs? If so, it is probably time for you to find a replacement. Of course, since you are going to be purchasing a new one, it makes sense to look for an upgrade. The gaming computer landscape has changed quite a bit over the last couple of years and continues to do so at a rapid rate. Therefore, it is natural to feel like you are missing a step when shopping for a computer. Fortunately, the guide below will provide all the details you need to know when shopping for a better gaming computer:

Once upon a time, you may have been able to blow most of your paycheck on a gaming computer. However, as a grownup with more bills and responsibilities, you will need to be more careful about how much your splurge on your machine. So, just how much will you end up spending on your gaming PC?

Well, this is actually up to you – after all, the overall cost of the machine will depend on just what you are hoping to get out of your PC. So, if you don’t mind opting for a low-cost model that will only play last year’s games, then you may be able to get away with spending no more than $650. However, if you want something that is as up to date as possible, then the cost may go all the way up to $2000.

If neither of these sounds like good options to you, there is a third choice – constructing your own PC. Sure, this may seem like a lot of effort but it is actually a lot simpler than you may think. The plus point here is that you get to keep the cost as low as you want while customizing the specs to suit your needs!

Then, there is a matter of portability. If you want a versatile machine that you can also pick up and take with you, a laptop is an obvious choice. On the other hand, if you are satisfied with a bulkier model that will probably cost less, a regular desktop will work for you.

Which Tower Size is Right for You?

If you decided that you want to go with a desktop, you will need to choose between tower sizes. You will have to select between mini, mid, and full-sized towers. When making this decision, consider two factors. First, just how much space do you have to spare for your gaming rig? And second, what kind of specs are you considering?

If you have very little space for your gaming rig, then the smaller mini towers may seem like a good choice. Unfortunately, while they are great for small nooks and crannies, they may lack the power needed for future upgrades. These towers also tend to be a tad bit noisy.

At the other end of the spectrum, you have full-sized towers. These are typically around 24 inches in height and need to be placed on the floor. Of course, the advantage of such a computer is that you can get as creative as you want with components – there is plenty of space for this. At the same time, they are undeniably bulky and expensive.

In most instances, you will find that mid-sized towers are the best. These are around 18 inches, which ensure that you do get a decent choice with components. Furthermore, these are the more cost-effective option as well.

CPUs don’t get too much love from gamers, though they should. After all, your CPU capabilities will predict how well the system performs with certain software. Now, when it comes to analyzing the CPU, your attention will mostly be fixed on the core processors. This means that you will have to decide between two, four, and six-core processors.

To put it simply, processors are responsible for how the workload of the computer is handled. So, the greater the number of processors, the more the work is divided. And, thanks to this, the more smoothly you will be able to play your games. Due to the demands of modern (and future) games, a four-core processor may be the most suitable for you. Of course, if you have money to splurge, a six-core processor can really elevate your game playing experience.

As you can imagine, regardless of the game you are playing, graphics are pretty important. Well, this is where the GPU comes into the equation. Not only are they important for smooth frame rates, but a good GPU will also ensure that your gaming needs don’t affect the general RAM on your computer.

Perhaps the most important piece of advice to heed here is to stick to one video card and avoid multi-cards. This will ensure that your game runs smoothly. It will also reduce the possibility of your computer overheating.

Now, most video cards these days offer up at least 4GB of memory. Just as a side note, though, understand exactly what you need. If your screen resolution tops out at 1080p, then you will need at least 1GB. For higher resolutions, however, you will require no less than 3GB.

It is true of both console and PC gaming, that the upgrades are coming in quickly. This means that although your PC is cutting edge now, it may not be in a year’s time. The good news is that this doesn’t automatically mean you have to ditch your old version and spend a lot on a new one.

Instead, it is all about making sure that your current PC can be upgraded without too many issues. So, select a tower that has enough space for you to add the necessary components when required. Also, ensure that you can easily access the RAM, motherboard, fans, GPU, and drive bays so that you won’t have to take the computer apart every time you want to improve it.

How Much RAM Do You Actually Need?

RAM is often at the center stage when it comes to choosing a gaming rig because newer games have higher demands. This leaves most people thinking that they need quite a bit of RAM to be able to play most of their games. Well, interestingly enough, you may be overestimating just how much you actually need.

In reality, you will be able to make do with around 8GB and are unlikely to need more than 16GB. If you find this hard to believe, just take a look at the memory requirements of the games you own. You will often find that the minimum is 8GB and at most, 16GB. So, if you are tempted to spend on something that is significantly higher, you may want to save your money.

SSDs Over HDDs – Are They Worth the Hype?

While hard disk drives were all the rage once, they are quickly going out of fashion and are being replaced by solid-state drives. As far as speed and performance go, SSDs are far ahead of the traditional HDDs. For one thing, there is practically no access time with SSD and it can be up to 15 times faster than an HDD.

There is also the fact that SSDs have lower failure rates and conserve more energy. As a result, they are less noisy and will not heat up as much either. Furthermore, not only can you access your data at a much faster rate, but you can also back it up more quickly as well.

When you consider all these facts, it is easy to understand why SSD is often thought of as being superior to HDD. Still, there is a caveat that may make you pause. The main obstacle is the cost as you will often have to pay a lot more for less space with SSDs. Also, while they may be more durable, they don’t have as long a lifespan as HDDs and you can expect 5 years at most. So, you will really have to weigh in these details before determining which option is most suitable for your gaming requirements.

Should You Invest in Additional Features?

Once you have figured out the main components such as the processor, hard drive, RAM, and video card, you will see that there are still a lot of other specs left. Here, manufacturers will try to dazzle you with additional choices for Ethernet adaptors and sound cards. In actuality, though, these aren’t necessary. This is because even the most basic gaming PC these days will have excellent connectivity and a great sound card to boot. As such, it doesn’t make sense to waste money on such features.

So, there you have it, all the points you need to ponder before upgrading your gaming rig. By taking all these elements into consideration, you will be able to make a more informed decision when it comes to choosing a new gaming computer.