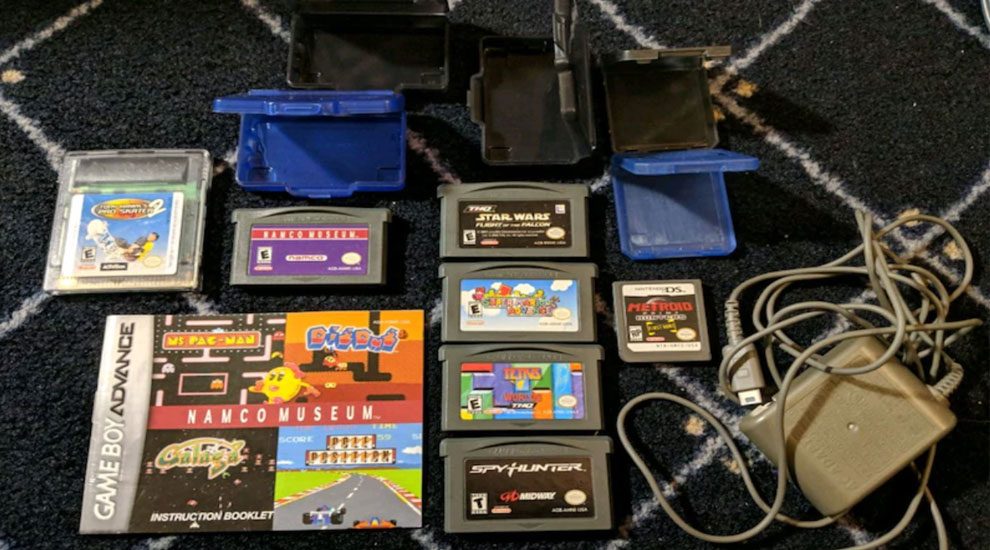 So I’ve decided to start flipping a few video game related items in order to cover the expenses of other video game related items, while writing about my experiences. I do not flip things as my profession, I have a full time job that allows me to work from home, so I have a little extra time during lunch and breaks to scour craigslist and Facebook Marketplace for good deals on video games. But with a wife and 2 kids, it’s hard to find the time to meet up with people, but I’m trying.

In this series I plan to outline my experiences trying to flip a few games so that you guys can see how easy (or hard) it can be to try and do this the right way, and actually turn a profit which you can use towards other games or consoles.

Before we get into my first foray into the video game flipping world, I’m going to break down my basic eBay experience over the years.

Selling on eBay – My Experience

I first got into selling things on eBay, geez, 20 years ago now. I setup my first account in 1999 when I was a junior in high school and was selling random things around my house as well as things for other family members and friends. I sold a ton of trucker hats when Ashton Kutcher was at the height of his popularity, a family member had been collecting them for years, so we cashed in. I sold a bunch of old motorcycle parts for a friend. I even sold a “Sock Full ‘O Quarters” which included a picture of my brother being humped by our dog while wearing a paper bag on his head…

It sold for like $65… there was like $7.XX worth of loose change in an old sock… Needless to say the old lady who bought it wasn’t very happy that she didn’t fully read, or comprehend, the auction description.

That auction actually went viral before Facebook and MySpace were a thing, and we were getting tens of thousands of hits an hour on the auction. It was even up to $200 before eBay took down the initial auction claiming we weren’t selling anything. But after assuring them we were selling a sock full of change, they let us put it back up, but we had to start over. We even ended up selling autographed pictures of my brother being humped by the dog while wearing the bag on his head… it was kind of nuts.

Since then though, I haven’t sold much on eBay. Maybe a few things here and there, but the fact that the post office was on the other side of town, and I didn’t really have everything locked down, I decided to stop because I felt like I was losing money between everything.

Flash forward to a few months ago though and I now live a block from the post office, and it’s on my way to pick up my daughter at school. So there’s no reason not to try and clear out some of the clutter I have in my house.

I’ve been selling old DVDs and Blu-rays mostly, but have started to dig through all my old things at my parents which includes old video games and consoles, magazines, and toys. And it’s then that I decided to see if I could use Facebook Marketplace and Craigslist to flip some things for a few extra bucks.

So a couple weeks ago I made the decision to try and flip some random stuff I found on those online marketplaces to make a few bucks, and for some reason the first thing that stood out to me was a lot of 5 Gameboy Advance games, 1 Nintendo DS demo game, 1 Gameboy Color game and a charger for a Nintendo DS Lite.

The games were as follows:

None of the games were in their original cases, they were all loose, and Namco Museum was the only one that had a manual. Some of the games did come in their own little MadCatz plastic holder though, for protection.

First Mistake – I bought all of these without even bothering to look up their values online. As I mentioned in my other article about selling your old video games on eBay, you should always research the sold items in order to determine what the going rate for something is. These sort of things are only worth what someone is willing to pay you for them. So even if you see an auction listing for $20 for something, does not mean that someone is willing to give you that amount.

So after doing some quick research, after I got home with these games, I realized that most of them were pretty much garbage, and I’d be lucky if I was able to pull in like $10 off the deal, but that didn’t deter me. There had to be someone out there that just wanted some random Nintendo games for their collection.

So I listed them all up on ebay, most for $3, Star Wars for $2.50, Super Mario Advance and Namco for $4, and shipping on each would be about $3.50 with padded envelopes, but I would combine shipping if multiple items were purchased.

Now, I’m still trying to figure out the best ways to do shipping on some of these things. I’m wondering if single, loose games, would be ok to ship in a normal envelope with a few stamps on it, as opposed to a padded envelope (which costs $.25 each) and then First Class Package shipping at $3.50, but who knows. I like knowing that what I ship is protected with the padded envelope… and I would hope that the people buying my stuff do too.

So that was that. All of them were listed up on eBay as Auctions for 7 days, now we just sit back and see what happens.

Second Mistake – I posted all of these up in the middle of the day, since I work from home, which meant that the auctions would all end at like 1pm on a weekday. Most auctions get their bids in the last few minutes of the listing… nobody is sitting around at 1pm in the afternoon on a Wednesday waiting for a video game auction to end.

Thankfully I got lucky.

With about 3 days left in this auction I noticed that someone bid on my auction for the Wii version of Zelda and the Twilight Princess, which is totally unrelated to this Gameboy lot that I bought to try and flip, but it must have gotten the person in enough to view my other auctions and to notice the Gameboy games, because they bid on every single one of them.

So now, all of the games that I had purchased were going to sell for their minimum, which would have put me about even after fees, since I still had the Nintendo DS Lite charger factored in to my pricing.

In another lucky twist of fate, someone else apparently decided they wanted the Metroid Prime Hunters First Hunt demo as well, so that drove the price up to $3.50 on that, which is .50 cents more than I listed it for, score!

Over the course of the next few days, nobody bid on the games any higher, so one person won all of the games aside from the Metroid game, which went to another person. However, after rummaging through my parents closet, I found my original copy of Metroid Prime Hunters First Hunt, complete with case and manual, and the person that bought the bulk of the gameboy lot, bid on that too and ended up winning. And to be nice, I waited until that auction had ended and then combined shipping on everything for her.

Did I Make Money?

The short answer is, yes.

I am ahead on the lot I purchased and I still have the Nintendo DS Lite charger up for auction (I doubt it will sell though, you can get cables pretty cheap these days).

After eBay fees, I made $26.61 on all of the Gameboy games, netting me a profit of $6.61, so with time and travel this one is obviously nothing to write home about and is pretty much a wash, but as a proof of concept, it did work out for me.

So I’ll keep trying to see what I can come up with between Facebook Marketplace and the other online classified sites, but most people know the value of their stuff. I may have to wait for physical garage sales to pop up this summer to see what I can pick up. But for now I’ll just be selling off all the old childhood gaming stuff that I can dig out of my parents house and see what that nets me.

If you want to check out my eBay store, there is a link at the top of the sidebar, or you can click here. New stuff is being added all the time, so be sure to Save our store or bookmark it and check back often.

And check back here for updates on how my video game selling ventures are going.