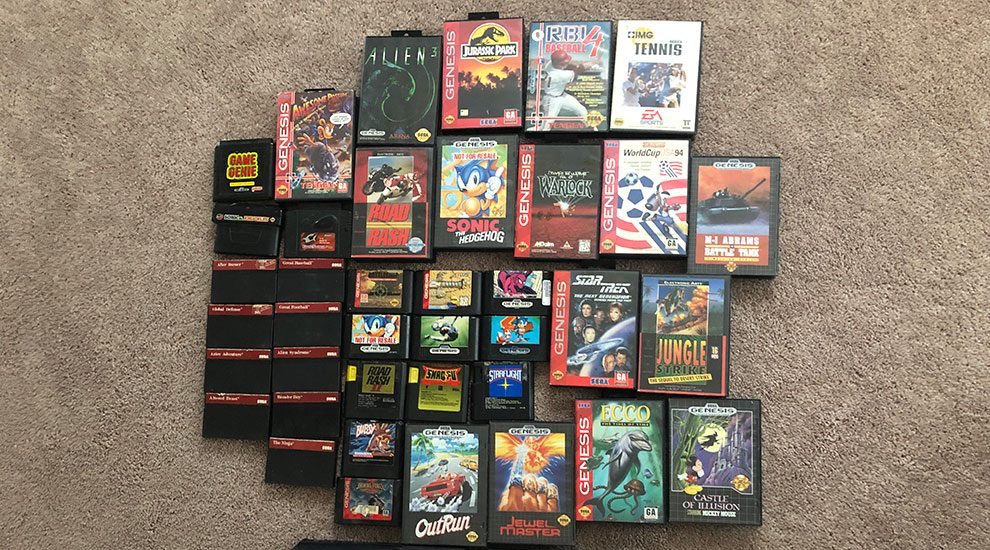 Ok, time to take another look at how I’m funding my video game collecting/playing habit while occasionally making a few bucks on the side. I previously wrote about my first attempt to sell video games online for a profit and ended up with a whole $6.61 profit, while still holding on to a charging cable for a Nintendo DS Lite, which will probably never sell. But, since I did turn a profit on that lot, I decided I’d give it another go and see what I could do.

Since it’s still a bit cold outside, there aren’t any garage sales or anything like that in the area for me to go to, so I had to start getting a little more creative in how I find my games. Now, although I want to be super transparent in these articles, I unfortunately do not want to give up my source for some of these games, since the competition is already super high. But the general principles outlined in these articles still apply to selling, you’ll just have to find the games on your own.

I do recommend hitting up places like Let Go, Offer Up, Facebook Marketplace to get an idea of what’s out there, but I can tell you that these games did not come from any of those sources.

So anyways, I came across a lot of 39 Sega Genesis and Master System games that looked pretty interesting. I wasn’t quite sure what everything was worth so I went over to eBay and started searching through the sold listings to see what I may be able to get for some of these. And as it turns out, there was one super rare game within the lot that is worth upwards of $200, sometimes more depending on the condition… for the cart only! So I knew I had to have it.

After all the negotiating I managed to get the entire lot for about $327 (with shipping since it was out of state). It was a little more than I wanted to pay, but based on my estimates, I could make about $150 profit on it, if not more depending on what some of the games sold for. It comes out to about a 30% return on investment, which I’ll take.

Once the games arrived I immediately started sorting them out to determine which ones would be best as single listings in the eBay store and which ones would make more sense, and have a better chance of selling, as a bundle. I determined that the 9 Sega Master System games weren’t super valuable, and would make more sense as a bundle, so those went up together and eventually sold for $59.95 plus shipping. There was only one real valuable game in there – Wonder Boy – so bundling that together with some other games made it easier to sell all of them.

I still have a bundle of some of the more common Genesis games sitting in the store that haven’t sold yet, but everything else was listed as single games. There were a couple loose cartridges, like Shining Force II and Starflight, which sold fairly quickly, and of course the super rare game that I was excited about, Crusader of Centy, which ended up selling for $218.50 with free shipping. Throw in a bunch of single listed boxed games, and we were profitable pretty quickly.

I still have 19 games left from this lot, and I’m already up about $24 on the lot. So while these other games may take a little longer to move, and may need to be priced a little more competitively if they continue to sit, at least I know that everything I sell from here on out is pure profit.

Up until last week, this was the largest lot that I have purchased with the intention of adding to my collection and flipping, but last week I bought an entire collection from a local guy for $350, but the value on the collection is well over $600, so we’ll see how that goes. Just cause I know you’re curious, the collection included mostly SNES stuff. Rare/valulable games like R-Type III and Super Metroid, as well as a complete in box Super Nintendo Super Set, not to mention a couple other consoles and a bunch more games for those consoles. So I’ll check back in a few weeks and let you know how those games are moving.

I’m actually really enjoying the “game” of finding these video games for cheap and flipping them on eBay and Amazon, so we’ll see what I can do with this. Currently I’m still down on everything that I’ve purchased over the last few months, but I have a lot of stuff sitting in my house ready to sell, and I’m profitable on all of the bigger lots that I purchased a few weeks ago, so it just takes time.

I’m still trying to get the hang of whether or not to list things on eBay or Amazon. It’s tricky cause Amazon seems to fetch a higher price, but their fees are higher, and it’s harder to get exposure on Amazon if you’re not the lowest price. Not to mention I’m currently not sending most of my stuff to Amazon for FBA, I’m shipping everything myself, so that could be a factor too. But we’ll see how it goes in the next couple months.

If you want to check out what we’ve got in the eBay store right now, click the link in the sidebar.